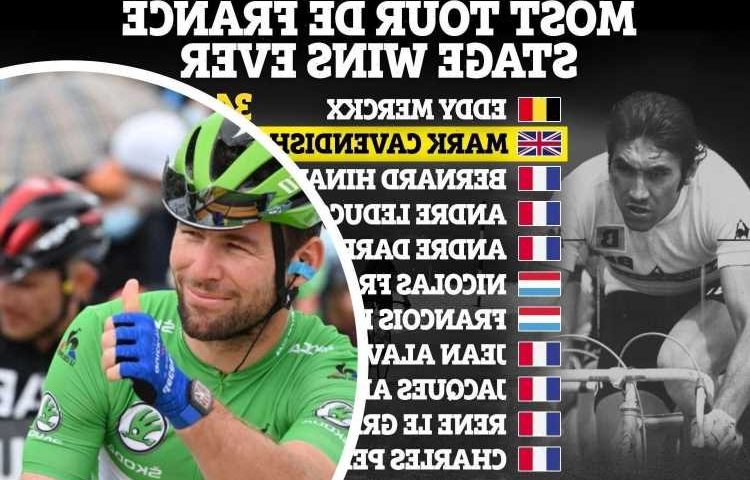 MARK CAVENDISH has the chance to become the most decorated stage winner in the history of the Tour de France TODAY.

A week before the start, the Manx Missile, 36, was not expected to even ride at the biggest race in cycling and did not even have a team going into 2021. 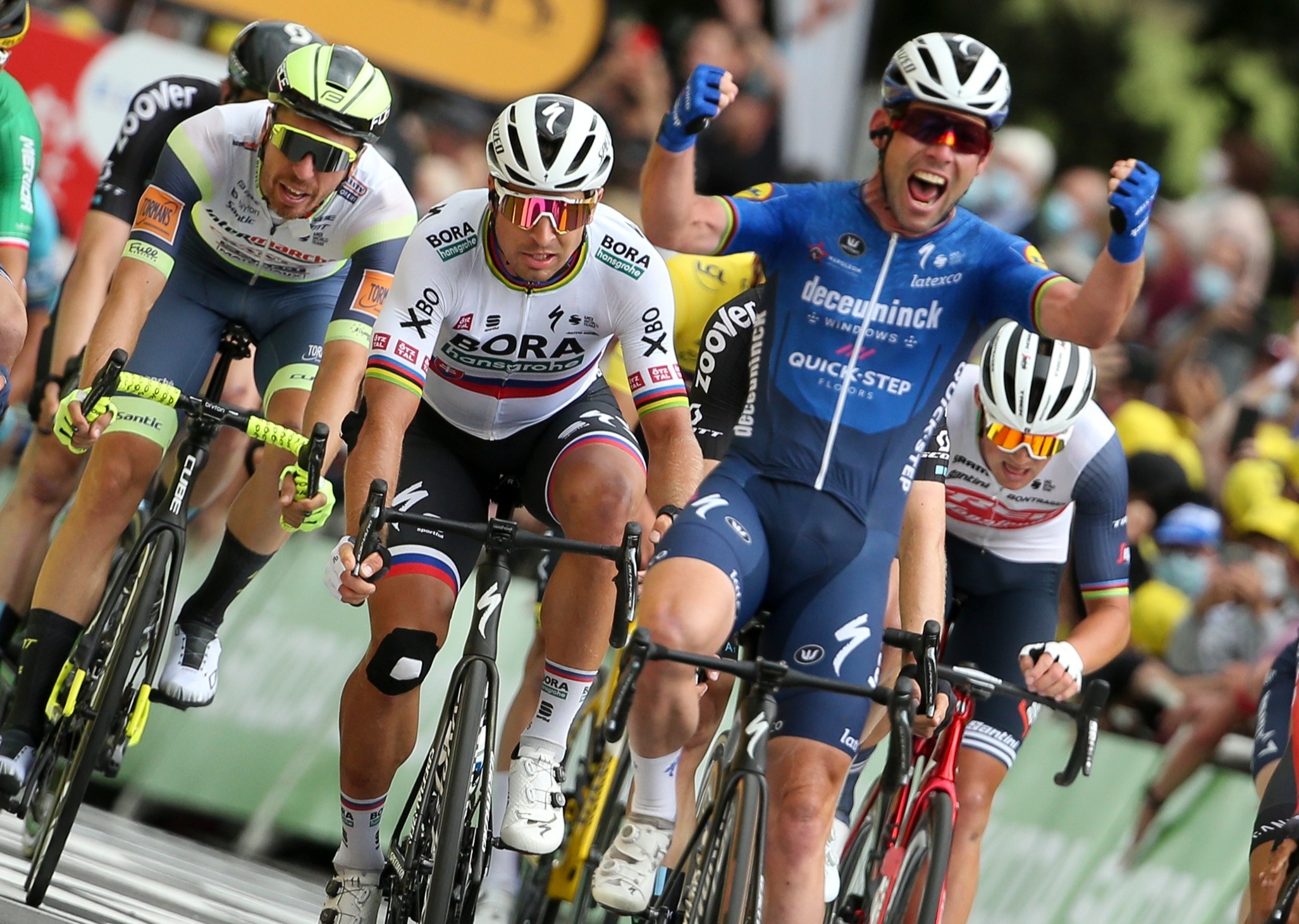 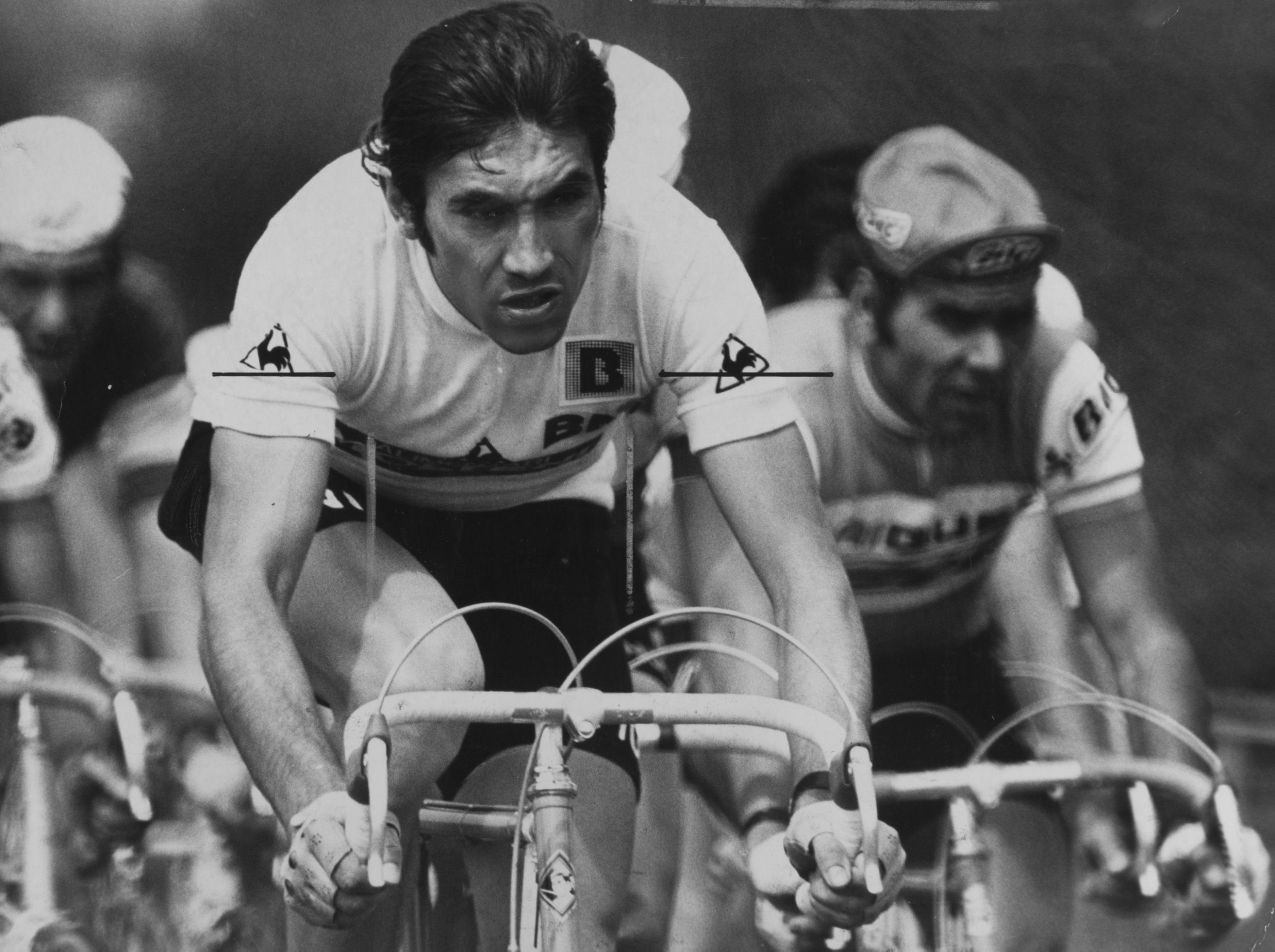 But after a late selection, he has been a sensation at this year's race.

And he has the chance to hit 35 stage wins on a sprint finish at the Champs Elysses in Paris in Sunday's stage 21.

How many Tour de France stage wins does Mark Cavendish have?

Mark Cavendish has 34 stage wins at the Tour de France, and has equalled the great Merckx after his victory on Stage 13.

He scored his first ever stage win at Chateauroux in 2008 and has not looked back.

It has not been all plain sailing for Cav though, with the bunch sprint specialist going through a difficult spell between 2016 and this year, where he suffered from Epstein-Barr virus and went through a spell of depression.

But he has bounced back brilliantly this year.

How many stage wins is Mark Cavendish off the Tour de France record?

The 'Cannibal' clinched his incredible tally of day-long victories between 1969 and 1975. 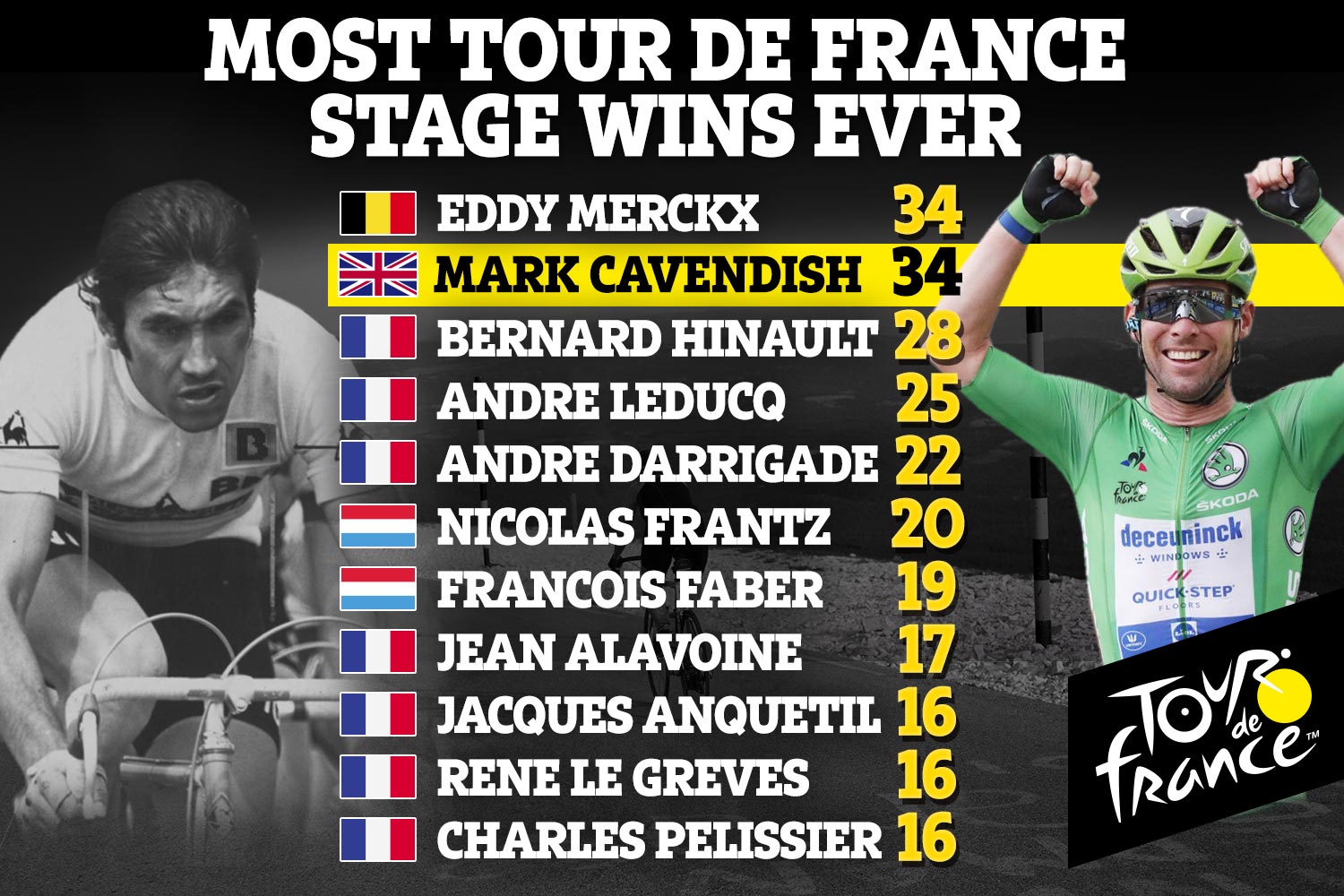 Who are the top Tour de France stage winners of all time?

Here is how they rank:

What stages can Mark Cavendish win at this year's Tour de France?

Not every Tour stage is set up for a bunch sprinter and Cavendish is unlikely to win a big mountain stage or an individual time trial.

But here are the ones he can go for: