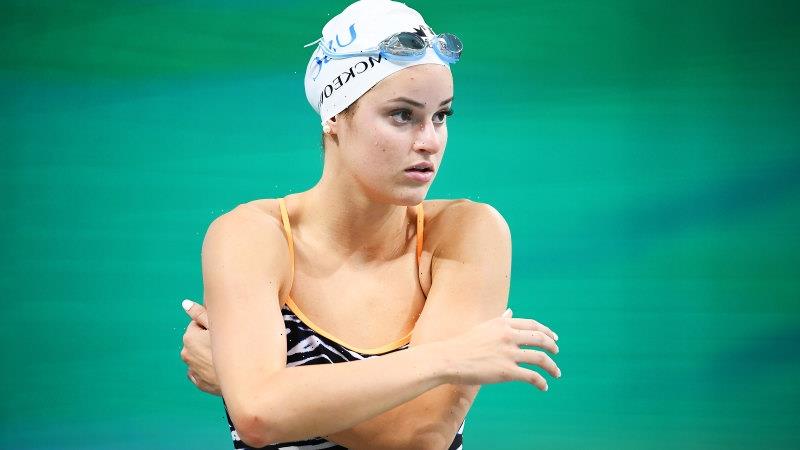 Chris Mooney, the coach of brilliant backstroker Kaylee McKeown, is hardly one to make grandiose predictions about how his star pupil will fare once she graces the waters of the Olympic pool in Tokyo.

Understatement is the name of the game for the Dolphins this time around, even with a team that could well unleash a meeting for the ages in Japan. The lessons of London and Rio have been hard learned; times, rankings and potential count for little unless the best performances are delivered at the Olympics.

Yet even Mooney struggles to completely veil his optimism after what he has seen from the prodigious 20-year-old in the wake of an Australian trial meeting where she broke the 100m backstroke world record, then put down world-leading times in the 200m and the 200m individual medley.

She will start favourite in all of those events in Tokyo and since the trials, has been laying down some impossibly strong foundations at a training camp in Cairns. When Mooney says she has been pushing through new ceilings with regularity, it’s not difficult to read between the lines for what it might mean at the Games.

“The races are stacked, stacked with talent, whether that’s the 100m back, the 200m back or the 200m IM. It’s going to require something special,” Mooney said.

“We’ve found ourselves in a situation where we thought this opportunity was going to be taken away from us. We’ve left no stone unturned here. When I talk about her testing well and training well, there could be a little something in those statements.” 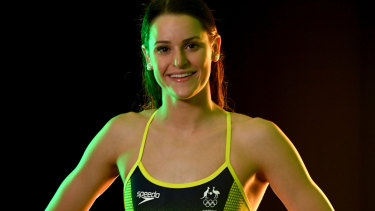 Kaylee McKeown has risen above a family tragedy to become one of stars of the Australian swimming team.Credit:Getty

McKeown’s key rivals, like American backstroke star Regan Smith, are already taking notice. Now it’s Australia’s turn to get to know a talent who stands to be one of the breakout stars of the entire Games, not just in the pool. Three individual gold medals, plus a medley relay medal, are not beyond her grasp.

Her story is as heartbreaking as it is inspiring. McKeown lost her father, Sholto, to brain cancer last year. She was left shattered, yet in her grief found a resolve and perspective that has seen her take her swimming to new levels of excellence.

In training, Mooney says, she will drive herself to places few will go in an effort to achieve her goals and dreams, many of which were shared with her dad. Outside of the pool, McKeown knows the value of humility and grace and why the opportunities she has been presented with should be grasped with both hands.

“She goes places not a lot of people can go. We are taking nothing for granted, we need to get a lane in the final first, then we are looking to execute the perfect race. Let’s see how it turns out,” Mooney said. 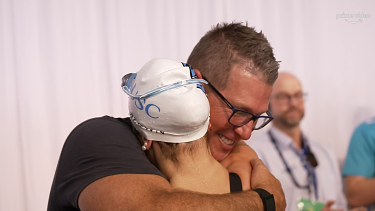 Kaylee McKeown and her coach Chris Mooney have an unbreakable bond. Credit:Amazon Prime

“She’s very value-driven. One of the most important values I see in her is humility. She’s very generous as well and they are probably two values that takes some time for you to discover in people. They are very obvious in her.

“She’s very generous with her time, with her friendships in and out of the pool and being humble, the best way to describe that, is that she never takes anything for granted, especially of late.

“But when she gets on the blocks, she has the ability to morph into the person that is hungry, who has identified the sacrifices everyone has made, not just herself. She doesn’t just do this for herself but for everyone who has helped her along the way, whether it’s her family or training partners or the staff we’ve surrounded her with. She’s just a down to earth, generous person who can switch it on when it counts.”

Mooney is a hulk of a man who looks like he could pack into the front row of a scrum if he wasn’t stalking the pool deck. Underneath the exterior, he has found himself constantly reminded of the value of vulnerability and trust, of which he has endless reserves with his star athlete and her tight-knit family.

“We just trust in the fact that it’s ok to be happy, it’s ok to be sad, it’s ok to be vulnerable. We had time, which helped that process, but it was a really good team effort to get that situation to where we are today.

“I’m so impressed with her resilience to be as brave and tenacious as she’s been with everything going on.”

Never miss a medal or great sporting moment with our Olympic update emailed daily. Sign up for our Sport newsletter here.