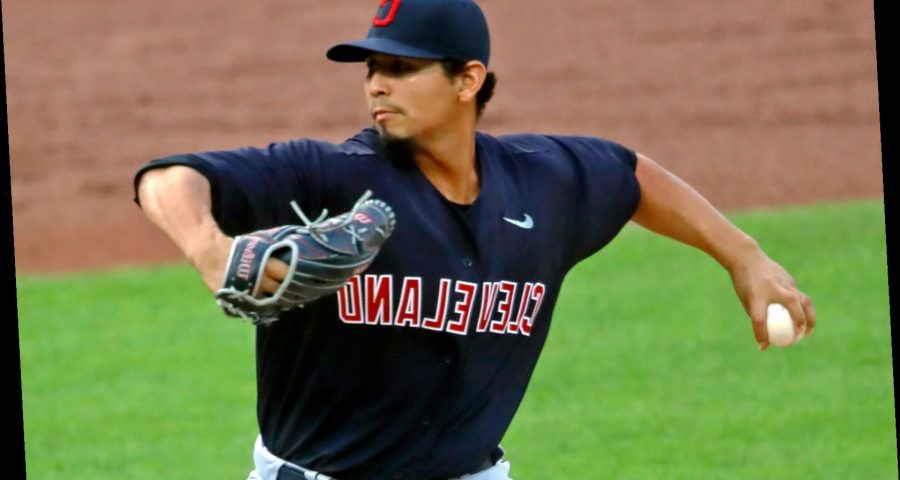 Mets may have just landed a face of the franchise

Carlos Carrasco would be a headliner in most trades, but coupled with Francisco Lindor, he was simply the other guy Cleveland dealt to the Mets on Thursday.

The veteran right-hander solves a rotation need for the Mets, joining Jacob deGrom and Marcus Stroman to give the team a solid 1-2-3 punch. David Peterson, Seth Lugo and Steven Matz are the other present possibilities to fill out that rotation. The Mets are also hopeful Noah Syndergaard will return from Tommy John surgery rehab in June.

Carrasco was diagnosed with leukemia in 2019 and missed much of the season before returning to win AL Comeback Player of the Year. He began his career with the Phillies and went to Cleveland as part of the 2009 trade that sent Cliff Lee to Philadelphia. Carrasco finished fourth in the AL Cy Young voting in 2017, when he finished 18-6 with a 3.29 ERA.

“This guy is a very impressive human being,” a talent evaluator from a National League team said. “He was a top prospect with the Phillies and they were extremely patient with him and he got to Double-A and then he started to struggle and they stayed patient with him. And the Indians were the ones that benefited from that. There was a lot of pressure on him, as a Phillies prospect to live up to that No. 1 billing, and it did not happen for them.”

Carrasco, who is nicknamed “Cookie,” grew up in Venezuela. He became a U.S. citizen in 2016.

“He’s a real pro and he’s grown up a lot and it’s been fun to watch him from when he was an 18-year-old kid to where he is now,” the talent evaluator said. “It’s a real success story and I think the Mets are getting a real solid guy here.”

Mets general manager Jared Porter said he’s still on the lookout for further pitching help. The Mets have shown interest, most notably in free agent Jake Odorizzi, and they plan to attend Corey Kluber’s upcoming throwing session. But Carrasco’s addition lessens the pressure on the Mets to add another middle-of-the-rotation type option. Trevor Bauer is the top free-agent starter on the market, but the possibility of him landing with the Mets seems less likely than when the offseason began.

Carrasco, according to team president Sandy Alderson, wasn’t discussed in the initial trade talks with Cleveland, which began in November. But gradually, the Mets’ need for a starter enhanced the trade package.

In the deal, the Mets surrendered Andres Gimenez, Amed Rosario and prospects Isaiah Greene and Josh Wolf. The Mets’ main focus in the deal was Lindor.

“He is at the top of most people’s list at shortstop — including mine,” the talent evaluator said.