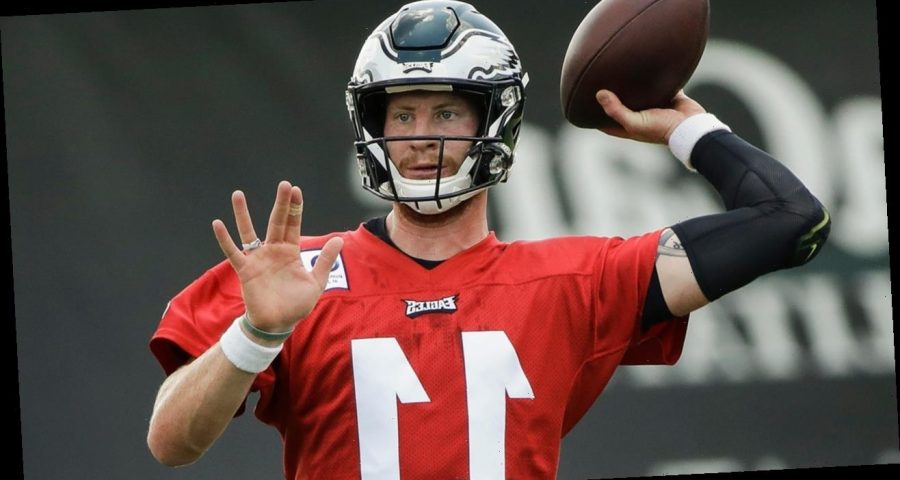 Carson Wentz appears to be the next star quarterback who could be traded in the coming days, as the Philadelphia Eagles look to move on from their former No. 2 pick.

Former Eagles running back Brian Westbrook said in an appearance on FOX Sports’ “First Things First” on Tuesday that it appeared Wentz “pushed” the organization “completely into a corner.”

Part of the issue, Westbrook said, was how the Eagles’ drafts have been going.

In 2020, the Eagles chose Jalen Reagor over Justin Jefferson in the first round. In 2019, the Eagles took Andre Dillard over Marquise Brown and Josh Jacobs.

EAGLES ASKING FOR THIS IN CARSON WENTZ TRADE: REPORT

Some of Philadelphia’s late-round picks in the last five years haven’t played in games, either.

“[Eagles’ GM] Howie Roseman is responsible for drafting guys and putting better players around Carson Wentz. You can say what you want, there just hasn’t been a bunch of talent that has worked out for them as far as in the draft,” Westbrook said. “And then you have to mention that Jalen Hurts was drafted in the second round last year, something that seemingly has pushed Carson Wentz over the edge.”

The Chicago Bears and Indianapolis Colts are rumored to be among the top suitors for Wentz.

Wentz had 2,620 passing yards, 16 touchdown passes and a league-leading 15 interceptions in 12 games in 2020. He was benched for Jalen Hurts at points during the season.