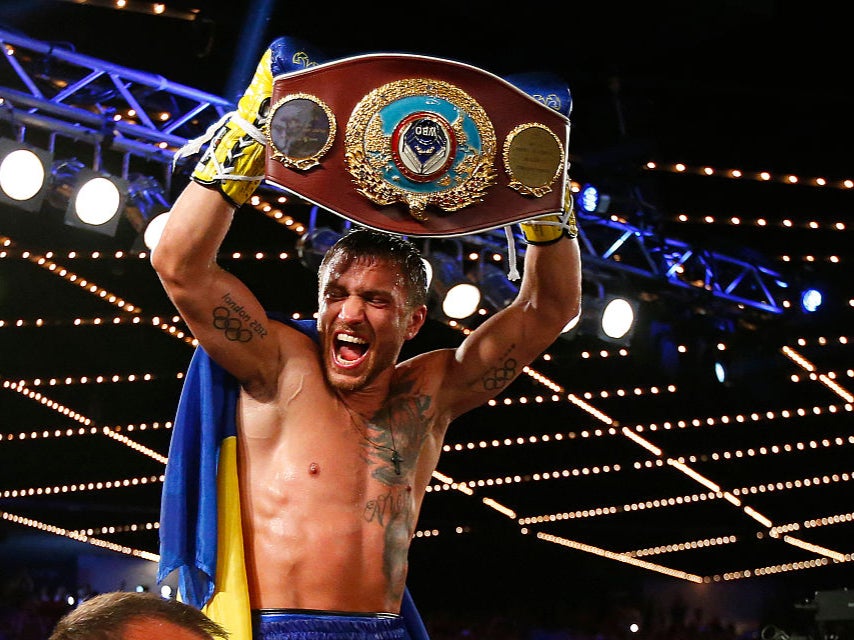 However, in many ways Lomachenko is an old 32 and last year in London, in the weeks before his title defence against Luke Campbell, he was in a reflective and possibly worrying mood when I spoke to him. In the fight against Campbell he was good, but not brilliant and the final scores in no way captured the truth of the twelve rounds; Campbell lost, but it was a much closer fight than the final tally returned by the three convenient judges at ringside. Two of the judges refused to give Campbell a single round and that is a disgrace.

“I just want to enjoy life from now,” Lomachenko had told me six weeks before the fight, his voice low and weary. “I have been doing this for so many years. I have other things that I want to do.” It is the type of late-career statement that worries me. He likes to hunt and fish, to retreat, to get away from being the tiny Ukraine fighting genius, hero to his people and untouchable boxer. He beat Campbell in front of 18,000 at the O2 last August in his last fight and that gap, that forced break, might just work for Lopez. However, it could also work against Lopez, assuming Lomachenko is refreshed and has filled his bag with dead animals, when the bell sounds inside the boxing bubble at the MGM in Las Vegas that Bob Arum built.

If Lomachenko still has his eyes on a distant mountain where he can use his crossbow to slay a beast, he might find his reverie rudely interrupted by Lopez once the fighting starts. A focused Lomachenko will know too much and he is not old and jaded enough to be facing the night when he becomes an old man during the fight. He might even make it look easy, but I think Lopez will cause problems.

It is, there is no doubt, getting closer to the night when Lomachenko walks away and at that moment everybody in the boxing business will have to try and find a category for him. Arum, his promoter, often talks about him as the best he has ever handled and Bob Arum has handled every single significant boxer since the middle of the Sixties. And, yes, the style of the win over Lopez will matter in that final assessment, but until then my advice is to just enjoy the fighting genius from Ukraine.