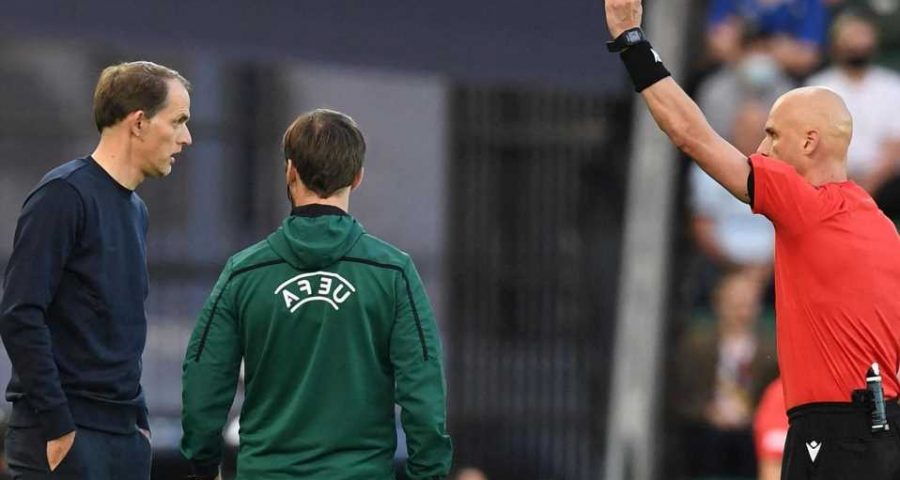 CHELSEA boss Thomas Tuchel was shown a yellow card during their UEFA Super Cup clash with Villarreal after arguing about a challenge made by his defender Antonio Rudiger.

The 28-year-old produced a crunching tackle to take both the ball and Spanish winger Yeremi Pino during the first half of the European tie. 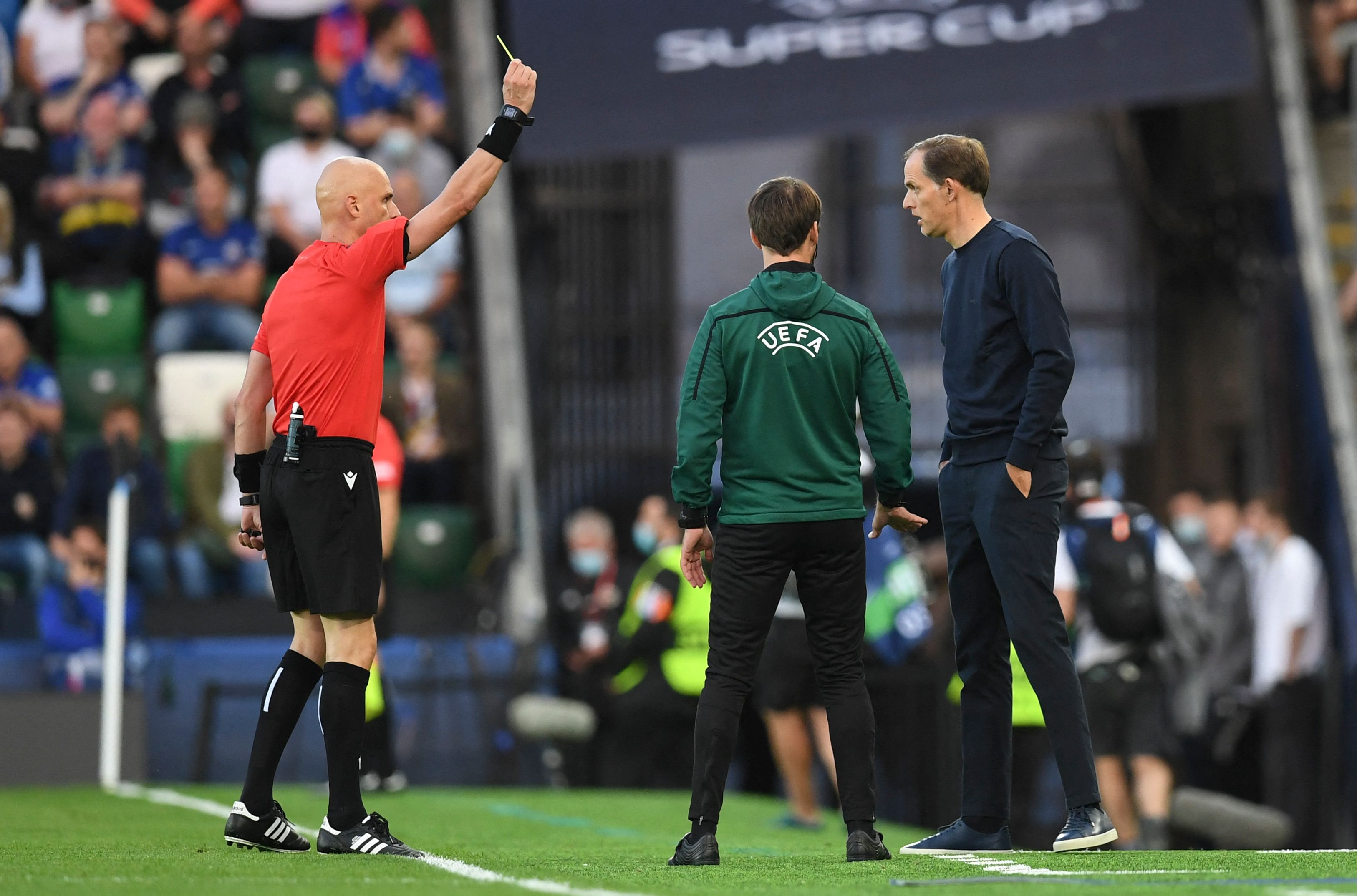 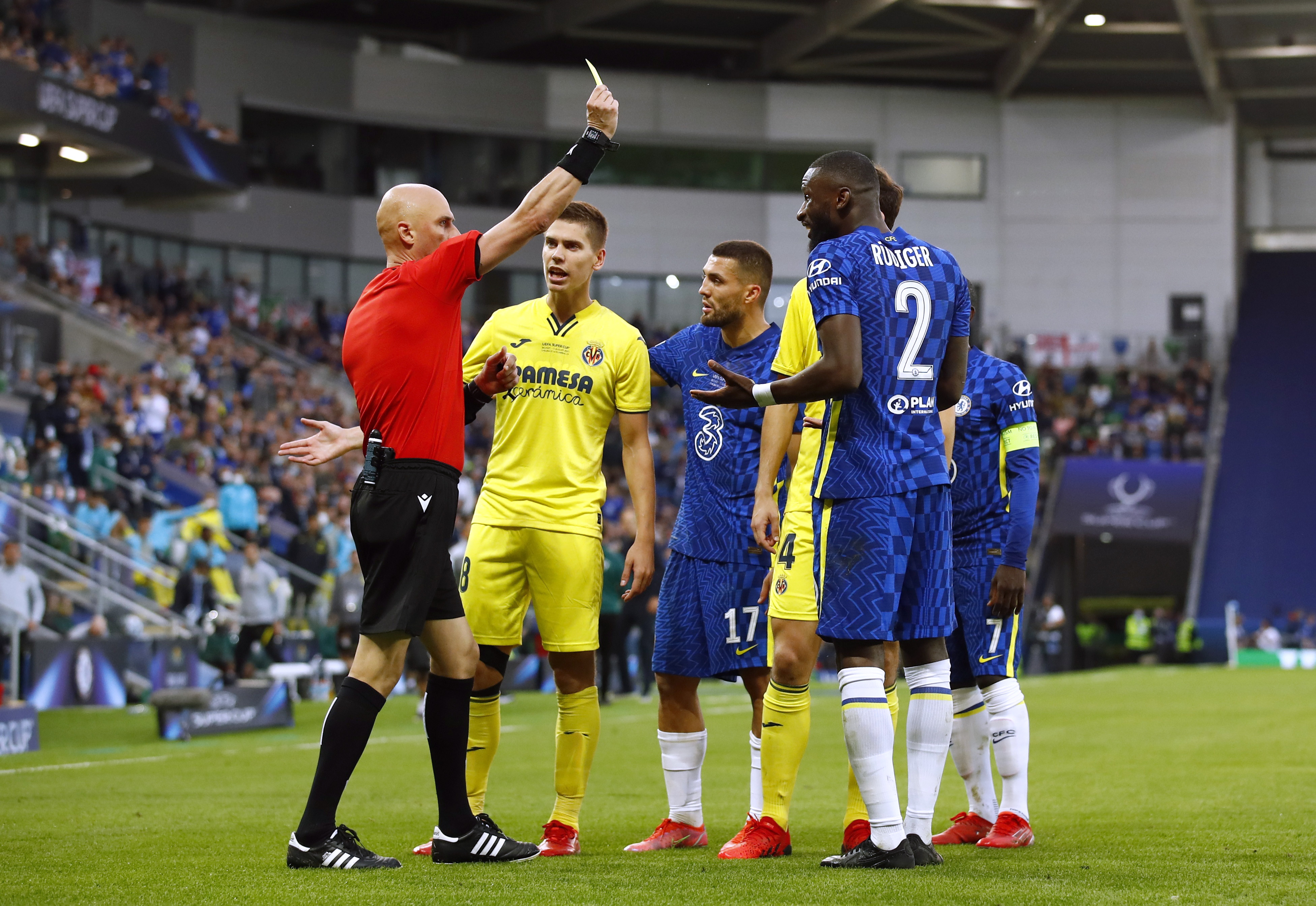 Rudiger was shown a yellow for the incident, much to the dismay of Tuchel.

And the official Sergey Karasev was having none of it as he marched over to book the German coach for his remonstrating.

But Rio Ferdinand, who was working on the game as a pundit for BT Sport, felt there was nothing wrong with Rudiger's challenge.

He said: "This was a really, really great tackle in my book, in my era. But in today's game, he gets a yellow card."

And Joe Cole also had an issue with the German defender being penalised for the tackle.

He added: "If I was Pino, I'd have expected the centre-half to clean me out. But nowadays football is very civil."

Those reacting on social media also agreed that the Rudiger challenge was a perfect example of good defending.

FREE BETS BONUS: GET £180 IN FREE BETS FOR CHELSEA vs VILLARREAL

One person said: "That was an incredible challenge but Rudiger. Games gone if that was a yellow. Thomas Tuchel backing it as well. My manager."

And another added: Antonio Rüdiger getting a yellow card for that challenge is ridiculous, hard but fair tackle and wins the ball.