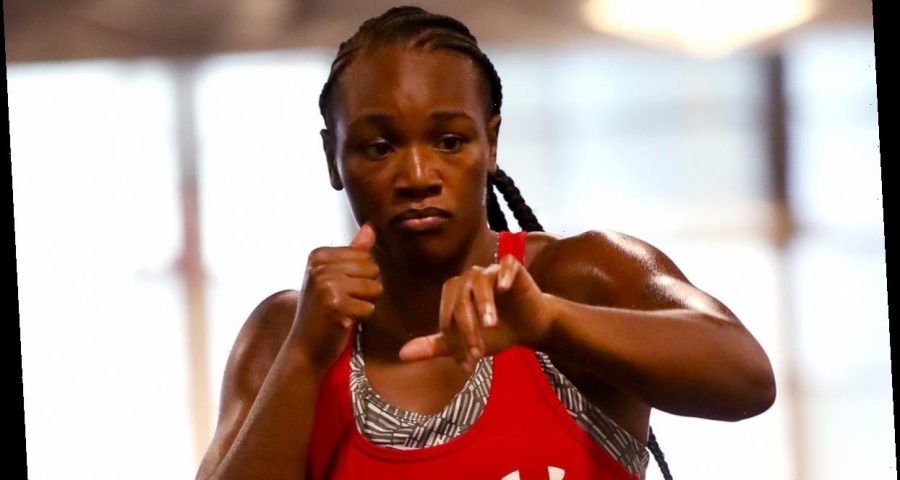 From her throne, boxing’s pound-for-pound queen Claressa Shields can see the bodies of vanquished foes strewn across the palace floor, but something has long glinted in the American’s peripheral vision: the world of MMA.

In winning Olympic gold at the 2012 and 2016 Games and claiming world titles in multiple weight classes, Shields has put every opponent she has faced to the sword. It means that at the age of just 25, she is already preparing to conquer a new kingdom.

On 5 March, Shields (10-0) – ESPN and Ring Magazine’s women’s pound-for-pound No. 1 until recently – will take on Canada’s Marie Eve Dicaire (17-0) at Dort Federal Event Center in her hometown of Flint, Michigan, before making her mixed martial arts debut with Professional Fighters League (PFL) in June.

“I knew that I would venture off into MMA some time in my career, I just didn’t know when,” the undefeated American tells The Independent, still sporting sweat from that afternoon’s boxing training. “I always felt like maybe it’d be after I’m done with boxing, but then I asked myself: ‘Well, when are you gonna be done with boxing? Probably when you’re 32, 34.’ I’m not gonna want to start training MMA at 34 years old.

“I haven’t even really reached my prime yet in terms of how strong I can get, how fast I can be – even though I’m faster than all the other girls and stronger than them – so I’m at a perfect time right now to start learning. I feel like if I put in the time now, maybe in two or three years I can be fighting the top MMA girls.”

Unlike with Conor McGregor’s clash against Floyd Mayweather in the boxing ring – and the former UFC champion’s attempts to conjure a contest with Manny Pacquiao – it is clear that Shields sees her venture as one that will develop into a career; it is not merely a cash-grab.

The current WBA, WBC and IBF middleweight champion and WBO light middleweight titleholder capitalised on boxing’s coronavirus-enforced break to begin her MMA training at the renowned Jackson Wink gym in Albuquerque, New Mexico in 2020, having followed the sport as a fan for years, and aims to box twice in 2021 between two MMA bouts, intent on doing justice to her efforts in both sports.

“I first thought about transitioning into MMA In 2019,” Shields says. “[Dual-weight UFC champion] Amanda Nunes fought against Germaine de Randamie, and they asked Nunes: ‘Would you box against Claressa Shields?’ She said: ‘Tell her to come to my world and I’ll choke the s*** out of her.’

“I don’t know what it was about that sentence that sparked me, but it was like… I’ll actually come over to MMA, train my ass off, fight anyone I need to and trust the process, and call her out to a mega fight.

“I even remember when I was getting ready for my second Olympics, [former UFC champion] Ronda Rousey was coming up. People would always kind of compare us, like: ‘Who would win in a fight between Shields and Rousey?’ I was getting comments on my social media, saying: ‘Fight Ronda Rousey!’ And I thought that was kind of offensive, because in a boxing match I would destroy any MMA girl, period. So I started looking into who Ronda was, I was already a fan of [former UFC champions] Holly Holm, Jonny ‘Bones’ [Jon Jones] and Rashad Evans, and that just opened the horizon.”

Shields insists she is willing to put herself in “uncomfortable” positions as she enters this new domain, an attitude that will certainly serve her well as she picks up experience in foreign fields such as jiu-jitsu, wrestling and Muay Thai. The 25-year-old also insists that her training in these new disciplines will not disrupt her dedication to sharpening her boxing skills, and her schedule for the year – the alternation between boxing matches and MMA bouts – is designed with that in mind.

“My goal is to be an MMA champion and boxing champion at the same time,” she tells The Independent. At Jackson Wink, she has the opportunity to train with the likes of former UFC champions in Holm and Jones, which will no doubt put her in good stead ahead of her MMA debut.

“Holly showed me how to throw some of her famous kicks, she even compliments mine – we’ve done some kickboxing sparring together. She’s great to be inside the cage with and to be friends with, we have Sunday dinner and stuff, sit and talk and laugh.

“And Jonny ‘Bones’ is basically part of my team. I wouldn’t be shocked if he was to walk me out for my MMA debut or be in my corner. We spend so much time training together, sometimes the coaches stay on the side and let him put me through a three-hour training session. He’s so knowledgeable and focused, and he gives me a lot of confidence that I can be great. That a great is actually willing to work with me, that means a lot.”

The PFL has presented Shields with a platform to develop as an MMA fighter and has given her a “fair chance”, she says, rather than – for example – bringing her over for a one-off bout with the promotion’s lightweight titleholder Kayla Harrison, a contest that would attract audiences and make money but that would feel more like an exhibition than a fair fight at this moment in time.

“The thing is,” Shields says, “I’m not gonna back down from a fight. Everybody knows it doesn’t matter who they put me in the ring with. But I have common sense to know that MMA is not my sport; I hadn’t trained jiu-jitsu, kickboxing or wrestling [when the PFL reached out].

“So, if the conversation would have been, ‘Hey, come and train for three months and fight Kayla,’ I’d have hung up the phone and told them, ‘I hope y’all never reach out again.’ I still would have thought about the offer, maybe the money, but I don’t like losing. I’m not just gonna go in there and lose for a cheque.

“And the conversation was the opposite. They said: ‘We want to give you a fair shot, we think you can be great at it if you really want to give it a try.’ I know that in maybe a year-and-a-half or two years, if they put my name and Kayla Harrison’s in the same sentence, it’d be a real conversation.”

There is no doubting that Shields is single-minded in her dual pursuit.

“I don’t really have any outside distractions. All I think about is MMA and boxing, and I read some books – read the bible. But other than that… that’s my life right now.”