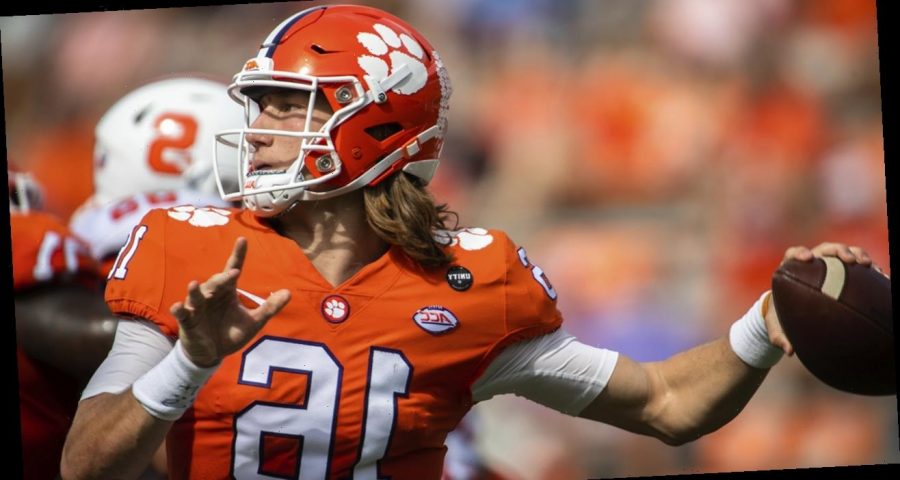 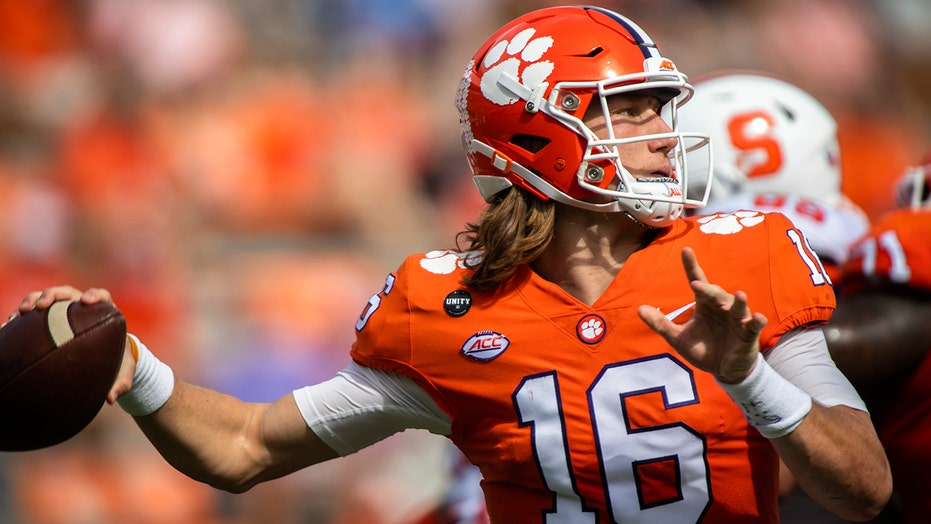 Clemson quarterback Trevor Lawrence ended months of speculation regarding his future when he released a video on Wednesday officially announcing his decision to enter the 2021 NFL Draft later this year.

The college junior shared a video on Twitter officially announcing an end to his time with the Clemson Tigers to declare for the draft after his college career came to a heartbreaking end with a loss against Ohio State in the Sugar Bowl on New Year's Day.

"I really feel like I'm a man now and I'm ready to take on those challenges," Lawrence said in the announcement. "Super excited for life ahead. I'm grateful for Clemson and I'm going to miss it."

The initial plan going into this season was to finish out his college career as a junior and declare for the draft, but the 6-foot-6, long-haired quarterback appeared to quickly pump the brakes on that as the then-winless New York Jets became the favorite for the No. 1 overall pick.

As the Jets' luck began to turn around — luck depending on whom you ask–the Jacksonville Jaguars solidified the No. 1 pick by finishing with a 15-1 record. Lawrence would declare shortly after.

"Looking back on it, I hope my legacy at Clemson is that I was a great teammate and a great person overall. Just more than football, more than how I played each game, just how I treated people," Lawrence said in his announcement.

"I want that to be the main thing I’m known for and I feel like for over the last three years thats the thing I kept as a  priority, just treating people well and being a good person. So I hope that’s my legacy when I leave here."

Born in Knoxville, Tenn., Lawrence attended high school in Georgia, where he played football before committing to Clemson in 2016 as a five-star recruit.

It took four games as a freshman in 2018 before he became the starting quarterback and never surrendered the position — except for two games this season he missed after testing positive for COVID-19.

Lawrence led the Tigers to the national title in 2018, dismantling powerhouse Alabama 44-16 as he threw for 347 yards and three touchdowns to complete a 15-0 season. He attempted to win back-to-back titles the following season but lost 42-25 to LSU.

"I’ve learned a lot about myself about who I want to be, just all those things," Lawrence continued.

Lawrence finished with 10,098 yards passing with 90 touchdowns and 17 interceptions. This year, he completed a career best 69.1 percent of his throws on the way to winning ACC player of the year.