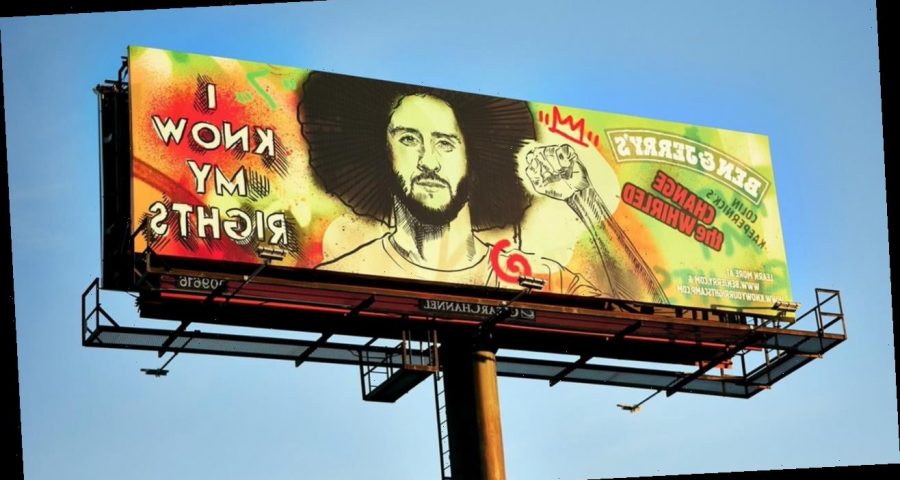 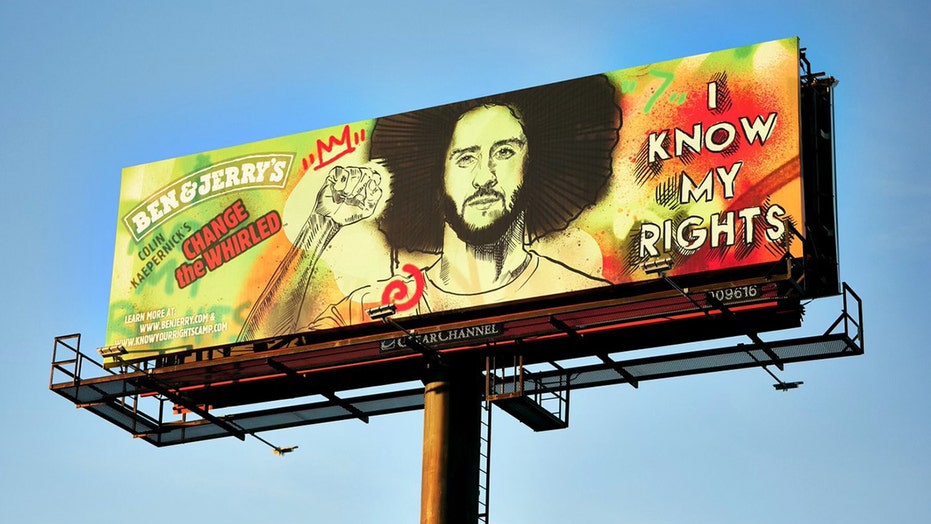 Colin Kaepernick’s social justice activism is being honored in Tampa, Fla., ahead of Super Bowl LV.

A mural went up in Old West Tampa and multiple billboards were planted in the city as part of the former San Francisco 49ers quarterback’s partnership with Ben & Jerry’s ice cream. The goal is to raise awareness about police violence and systemic racism against minorities. 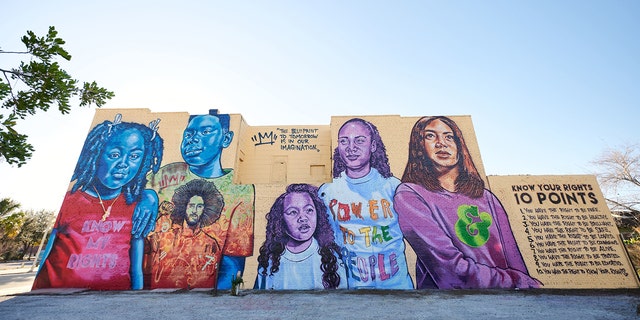 “As we look back, it’s clear that Colin was on the right side of history,” Chris Miller, Ben & Jerry’s head of global activism, said in a news release.

“His pre-game protests were before George Floyd’s murder; before the 2020 summer of racial reckoning. He knew a long time ago that we need to address the root causes of racism and the structures of our society that are so brutal to Black people. We wanted to be part of the effort to honor Colin’s courage and legacy because we share the same values.”

The free-agent quarterback partnered with Ben & Jerry’s late last year on an ice cream called “Change the Whirled.” He said at the time he hoped the flavor would raise the volume on his calls to abolish and defund the police. 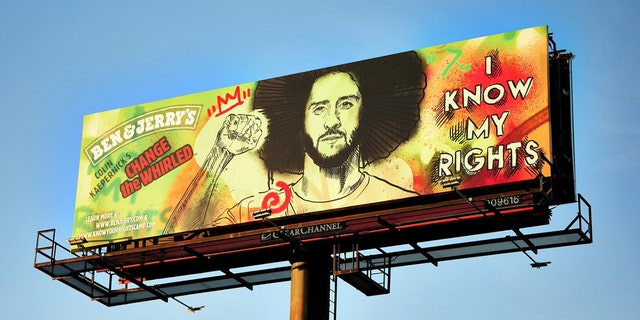 The billboard seen in parts of Tampa, Fla.
(Ben & Jerry’s)

“I’m honored to partner with Ben & Jerry’s on Change the Whirled,” Kaepernick said in December. “Their commitment to challenging the anti-Black roots of policing in the United States demonstrates a material concern for the wellbeing of Black and Brown communities. My hope is that this partnership will amplify calls to defund and abolish the police and to invest in futures that can make us safer, healthier, and truly free.”

Ben & Jerry’s has previously praised the former 49ers quarterback in his work to end systemic oppression. Kaepernick’s portion of the proceeds from the dessert goes to the Know Your Rights Camp.