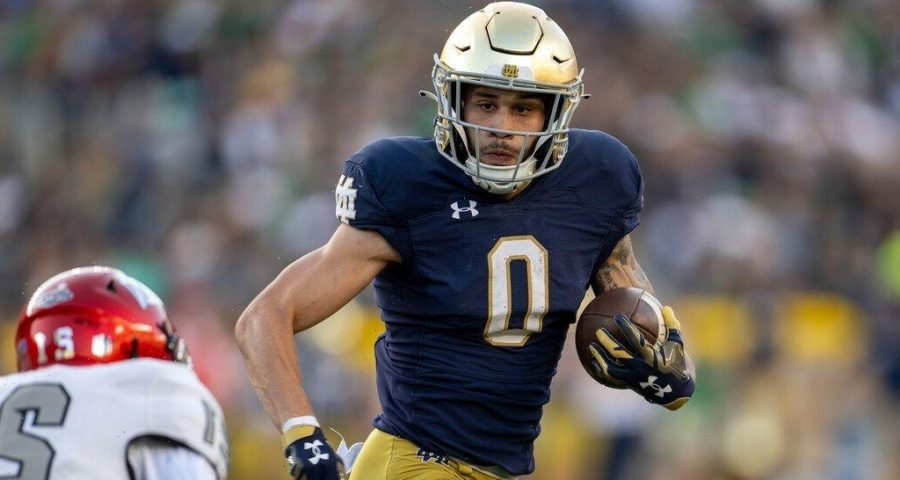 Scott Van Pelt joined ESPN in Spring 2001 as the network’s lead professional golf reporter. He has since become a SportsCenter anchor, primarily hosting the 11 p.m. ET edition while remaining the lead reporter and host of the network’s coverage of golf’s grand slam events. In April 2008 he was named co-host of ESPN Radio’s Tirico & Van Pelt weekday show (2-4 p.m. ET on weekdays). A native of Brookville, Md., Van Pelt graduated from the University of Maryland with a bachelor’s degree in radio/television and film.

6-3 last week, we’re 11 over .500 but… guys? Guys? I just want to warn you, I wrote down a lot of things this week. Like a whole lot of stuff. Sadly, as the nation’s No. 1 Sun Belt tout — none are from that conference. But you can’t force it, it just has to happen. Also, we have double-digit picks as it is. Buckle up.

Noon window is busy. West Virginia is getting 7 and the hook from TCU. The Frogs are really good, hopefully the Mountaineers don’t end up on their 3rd-string QB like everyone else does again them. Let’s go Mountaineers, let’s go drink some beers.

Staying in the Big 12 to take another home team in Iowa State. They’ve lost 4 in a row, but now is the time for a Halloween stand in Jack Trice.

Things I never thought I’d say for $1,000 please… Notre Dame isn’t getting enough points from Syracuse. Line is a little suspicious. Good Orange team off a heartbreaking loss at Clemson — good time to back the Irish in the dome. I’m on ’em.

Staying in the ACC… we already have West Virginia. Now we are taking just plain old regular Virginia — thank God there isn’t an east or a south Virginia because this week I’d probably have them, too. Cavaliers at home plus a small spot again the Canes.

Ready for Halloween HOTYBS? Hold On To Your Butts Special from Berkley. Ducks are flying — but that’s a whole lotta Halloween candy we are handing out to the Bears at home. Trick or Treat.

You know what’s a scary costume? The Demon Deacon. Enormous head — just a furious old man. Their team is scary, too. REALLY good. This line stinks. We are backing the Cards to make this a close one, which is not easy against a top-10 scoring offense.

Scott — that’s six, how many more? So many more, my friend. So many more. Missouri was in the segment back-to-back weeks earlier this year and covered both. We like them on the road in Columbia against ranked South Carolina. Only three and a half, you say? Fine. We’ll take ’em.

Ok, now we get to the night games — it’s dark outside on Halloween weekend and it’s about to get super spooky because going against Tennessee is a horror show. But human nature is powerful and who’s that coming down the track? A mean machine in red and black. Next week the Vols get Georgia. And while they know Kentucky is far from a trap game, seems like this might be a lot to be laying in this spot. We’ll take the road double-digit dogs, who are actually cats.

Have we ever had a double HOTYBS? We do now, because Arizona’s defense has given up 49 in 3 of their last 4 games. Against the mighty Trojans, we are going to be holding on to our butts in Tucson hoping the home team can avoid the blowout. Tucson Slim — you’re 0-1 in this segment, get your act together.

Last couple are the essence of this segment through the years. You’re going to hate them, it’s fine. You either see the vision — or you don’t. It’s fine either way. A&M is a mess right now — they’re an Arkansas FG that hit the top of an upright away from being on a four-game losing streak and they’re only a two-point dog at home to top-15 Ole Miss. Do the letters G.P.G mean anything to you? The General Principle Game… and on general principle, we back the Aggies here because I don’t know what else to do.

Finally, similar deal in Chapel Hill. Pitt has lost two of three, Carolina is on a roll, they’re ranked, yet giving just three. Sure. By now you know what to do. Say it with me — Hail to Pitt.