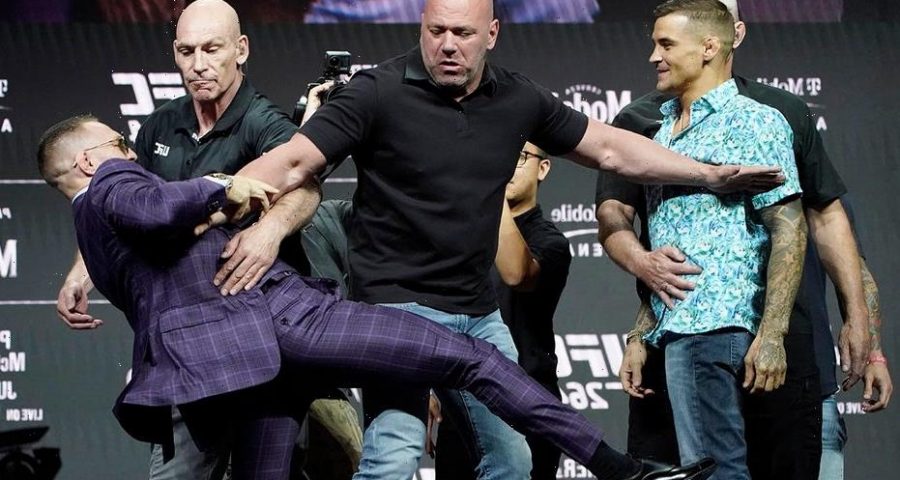 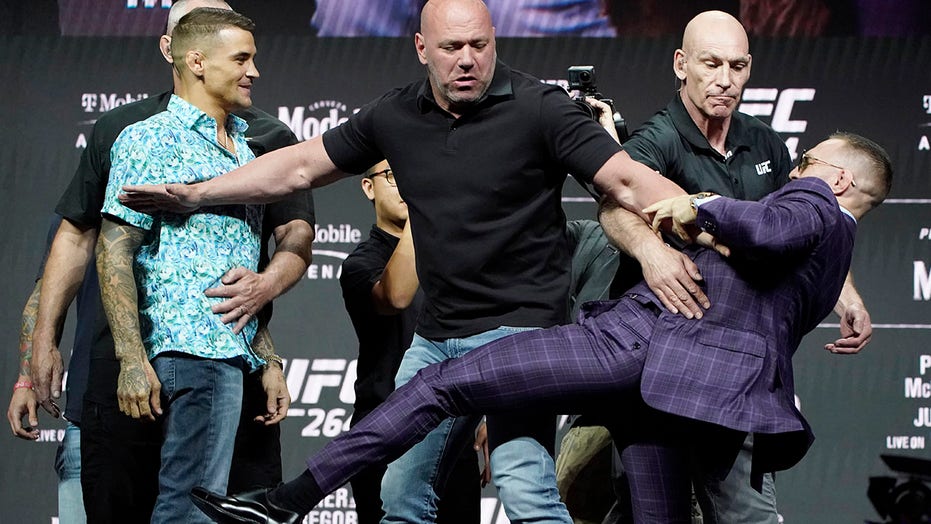 Conor McGregor did his best to ratchet up the hype for his upcoming UFC 264 fight against Dustin Poirier on Thursday night.

McGregor and Poirier attended the pre-fight press conference ahead of their trilogy fight set for Saturday night at the T-Mobile Arena in Las Vegas. McGregor won the first bout between the two in 2014 and then Poirier got the better of him in January.

The press conference ended with McGregor attempting to get a kick in on Poirier. He had to be escorted back off the stage by security. Poirier appeared to be undeterred. 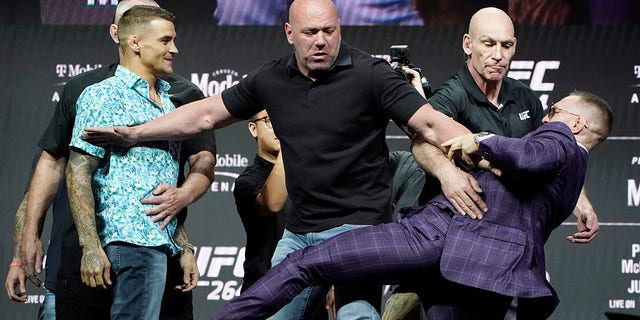 When McGregor chimed in, Poirier said McGregor’s trash talk “used to be better than that” and added that it was “f—king weak.”

McGregor told ESPN in an interview earlier he was more focused this time around.

“I’m coming in to kill this man,” he said. “I’m coming in with vicious intent here. Mortar shots. What else can I say? That’s the way it is. I’m looking to take this man out cold.”