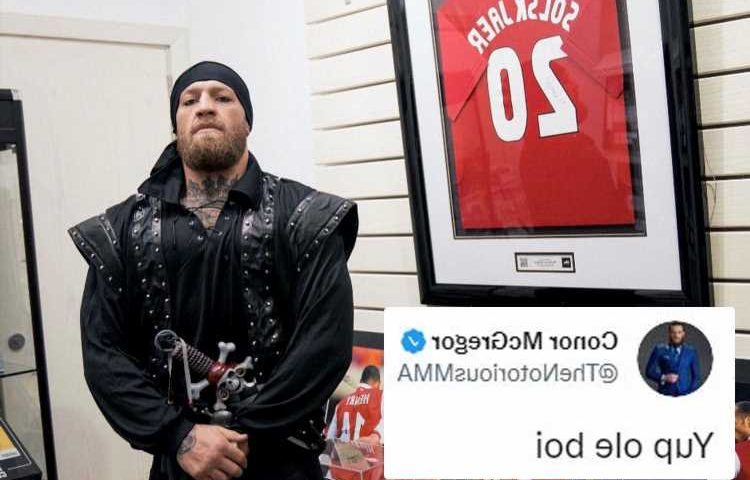 CONOR McGREGOR dressed up as Jack Sparrow from Pirates of Caribbean and showed off his huge football memorabilia haul. 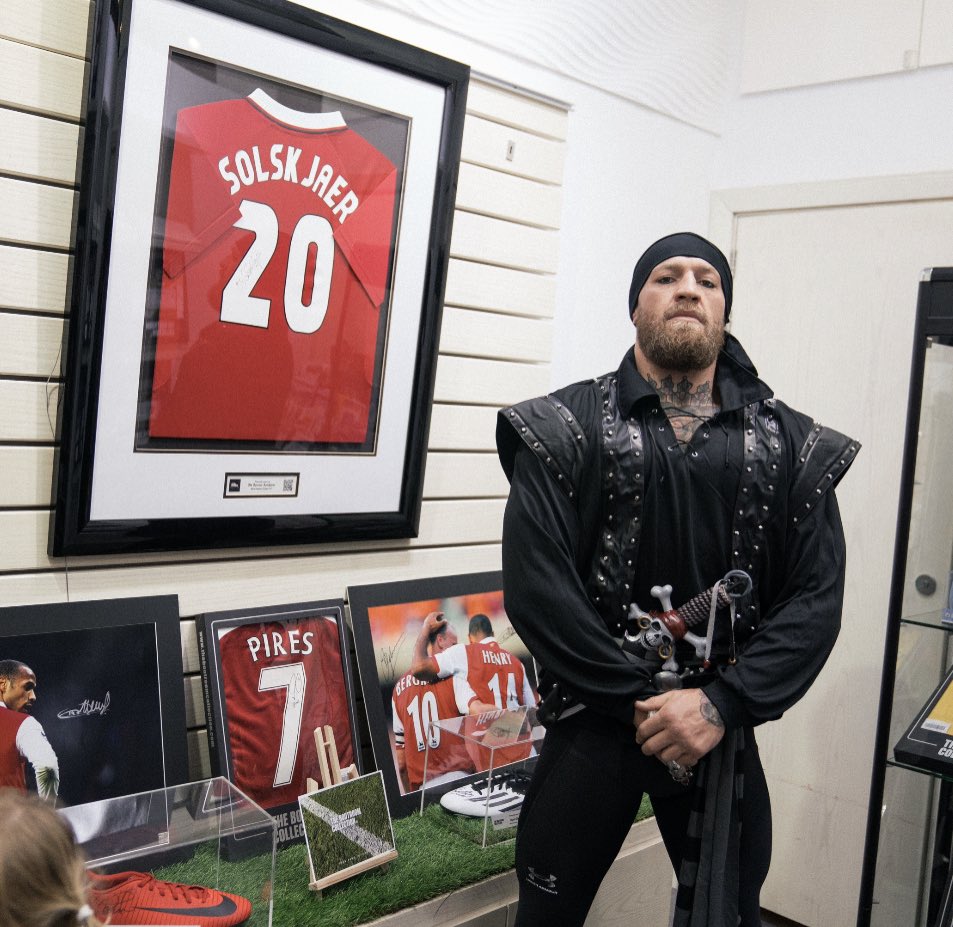 But the sports mad superstar can clearly appreciate greatness and also has a framed Robert Pires shirt.

That is as well as signed pictures from Arsenal legends Thierry Henry and Dennis Bergkamp.

McGregor, 33, posed by his collection dressed as Johnny Depp's classic Pirates of Caribbean character, getting into the Halloween mood.

Despite playing dress up for the night, the Irishman has been hard at training as he continues to recover from his leg break.

McGregor had successful surgery on the leg he injured in the octagon against Dustin Poirier, 32, in July and is now in the rehabilitation process.

He broke his tibia seconds before the end of round one, losing the bout by doctor stoppage, only six months after being knocked out by Poirier.

McGregor started his rehab in America after having surgery in Los Angeles but recently returned back home to Ireland.

And he has now started hitting the pads again ahead of a planned return in 2022 as he sent out a fierce warning to his rivals.

“Thank you to all my doctors and my team for getting me this far so soon after surgery! There is work to be done but doing work is what I’m known for.

“Strap yourselves in for the greatest comeback in sports history!"