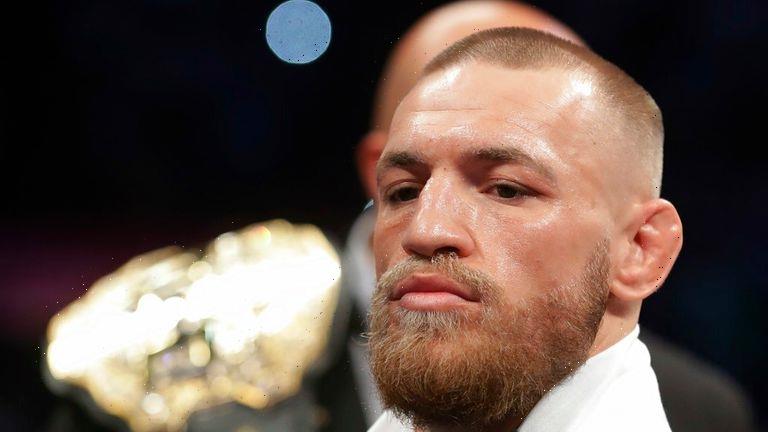 Conor McGregor may have hit top spot this year in Forbes’ list of the world’s highest-paid athletes – making good on the promise he made to Cristiano Ronaldo in 2016 – but UFC commentator John Gooden does not buy the argument that the riches have dwindled the Irishman’s reserves of motivation for fighting, with the trilogy showdown against Dustin Poirier coming up this weekend.

The Dubliner has made no secret that material success was a driver to endure and flourish in the brutal environment of cage fighting. But after, according to Forbes, banking $180m in the year to June 2021, Gooden is sure the desire to dominate ‘The Diamond’ is still strong. Why? Well, because McGregor took the fight.

“It’s obvious that McGregor financially does not need to do this. He’s a brand. He’s got multiple businesses that work outside what he’s doing inside the octagon or indeed the boxing ring, which he has done once before.

“He is truly obsessed with fighting. I’ve known him for a long time, I commentated on his fights since back in 2010, I’ve been on the road with him and his team a lot over the years, but one thing that has remained the same is his competitive nature, his attitude towards martial arts and when he talks about it the same things come up. He is a winner.”

McGregor’s loss to Poirier in January was the fifth of this MMA career and third in the UFC. Of the other two men to beat him in the UFC, McGregor avenged his loss to Nate Diaz, but Khabib Nurmagomedov retired undefeated closing the door on a McGregor’s chances of redemption in their head-to-head.

Gooden, though, sees signs of the former two-weight champion employing the blueprint from his return win over Diaz this time around – chiefly, keep all the headline variables the same.

“When you go back to Conor’s rematch with Nate Diaz. He wanted everything the same. They competed at 170 when they were both 155-pound fighters. But he didn’t take that rematch at 155. He said ‘no, no, no, we’re going to do everything the same’, so there are no questions,” Gooden said.

“No one can pull something out and say ‘well…that’s the reason why’, I think Conor is approaching this in a very similar way.”

McGregor has promised to “adjust” after the second-round TKO defeat to Poirier in Abu Dhabi, but going further back he can draw confidence from stopping the Louisiana fighter in their first meeting back in 2014.

But MMA observers have suggested that pugnacious Conor, characterised by aggressive trash talking and psychological warfare, has been consigned to the past.

McGregor has opted to separate himself from his family in the build-up to this clash – in contrast to January – to sharpen his fighting instincts. And Gooden says while McGregor has become more gentlemanly with age outside of the cage, he still relishes the violence within it.

“We have seen that there’s been little [verbal] jabs but he’s doing no media ahead of this, so we are not going to hear from him because I don’t think he wants people to say that he’s beaten [Poirier] mentally and that’s the reason why he’s won the fight. I think he wants to go out there with the very best MMA game plan and take Dustin Poirier out that way,” Gooden said.

“I just think that’s the way he’s going to play it so that the media and everyone else – not that I think he cares too much – can say that there was anything different and all’s fair and square in the way that he gets his arm raised, if in fact that happens.”

Following Poirier’s devastating use of the calf kick in January, some critics suggested McGregor’s boxing training had had a deleterious effect on his mobility – that his feet were too planted. Gooden does not wholly subscribe to that theory but agrees being mobile will be vital for ‘Notorious’ to triumph in Las Vegas on Saturday night.

“It’s not tearing up the blueprint. This is small margins, at the very top of the game it’s the one per cent. Conor will never come off his front foot, his big left hand is very unorthodox and idiosyncratic way that he does it,” Gooden explained.

“He uses a karate stance… now karate fighters are very typically very elusive, its range management. So Conor has to look to be more of a range fighter, he needs to be a little bit lighter and choose when to really sit on those strikes.”

As a UFC commentator who has worked with both McGregor and Poirier for some time, Gooden declined to call the outcome of the latest instalment of their rivalry. But he observed both men have routes for a victory that would give them a 2-1 lead in the series and most importantly have coaches who can map those routes.

“John Kavanagh is a genius, Owen Roddy a genius. These guys created a two-weight world champion [McGregor] in a very short amount of time with limited resources compared to the rest of the world at that time.

“So I think small adjustments will pay big dividends, but coming back the other way, Dustin Poirier has a wonderful arrangement of coaches, probably the strongest coaching team historically in the last few years in America’s Top Team. This really is a truly fascinating fight.”