ALEXIS MAC ALLISTER came off the bench to blast home the equaliser as Brighton snatched a dramatic late draw against rivals Palace.

The Eagles looked to be earning the bragging rights after Wilfried Zaha’s first-half penalty kept up his personal crusade against Brighton. 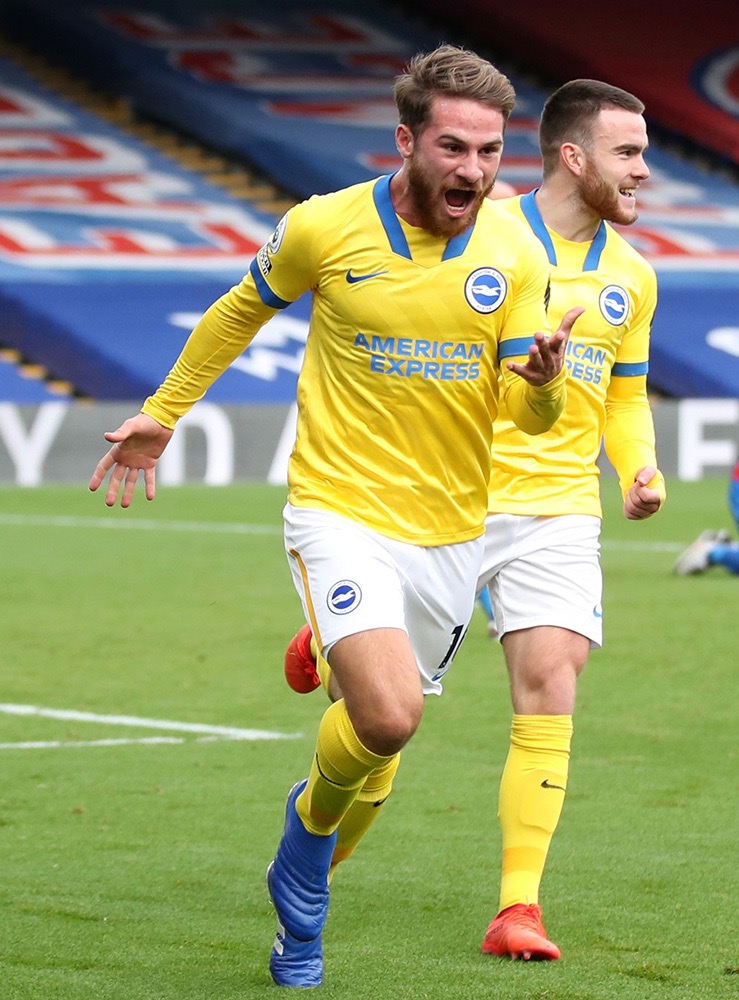 Zaha’s 19th minute effort was the seventh time he has scored against Palace’s fierce rivals – more than he has struck against any other team in the country.

But Argentine Mac Allister stunned the hosts when he crashed home the leveller from the edge of the box just before the match moved into stoppage time.

The Seagulls started the better of the two teams and Yves Bissouma went close for the visitors on 11 minutes when he crashed a shot from just outside the area into the side netting.

Then when Ben White seized on a loose pass from Tyrick Mitchell into the box and dragged a shot just across the face of goal, the alarm bells were ringing for Palace.

Something needed to change because they were second to virtually every ball and had failed to string a decent move together.

The turning point duly arrived in the shape of the soft penalty awarded by Stuart Attwell on 17 minutes when Lamptey’s arm on the shoulder of Batshuayi was enough for the striker to tumble to the ground.

Brighton were fuming and made their feelings known to the official for almost two minutes while it was being checked by VAR, all the time making Zaha wait for his chance to convert.

One thing the Palace star rarely does is crumble under pressure, though, and he wasn’t about to make a mistake this time either, slotting into the bottom corner of Mat Ryan’s goal. 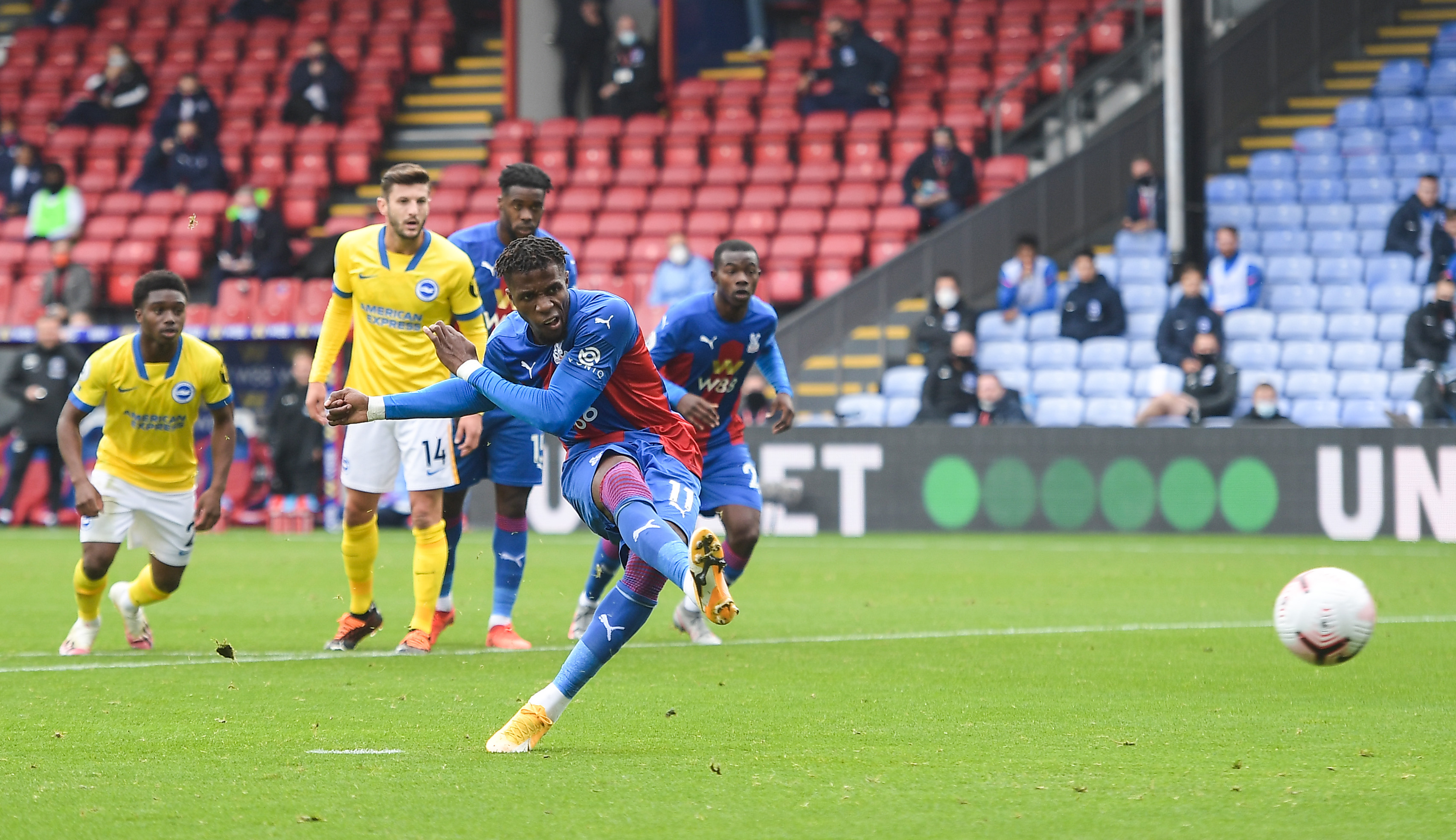 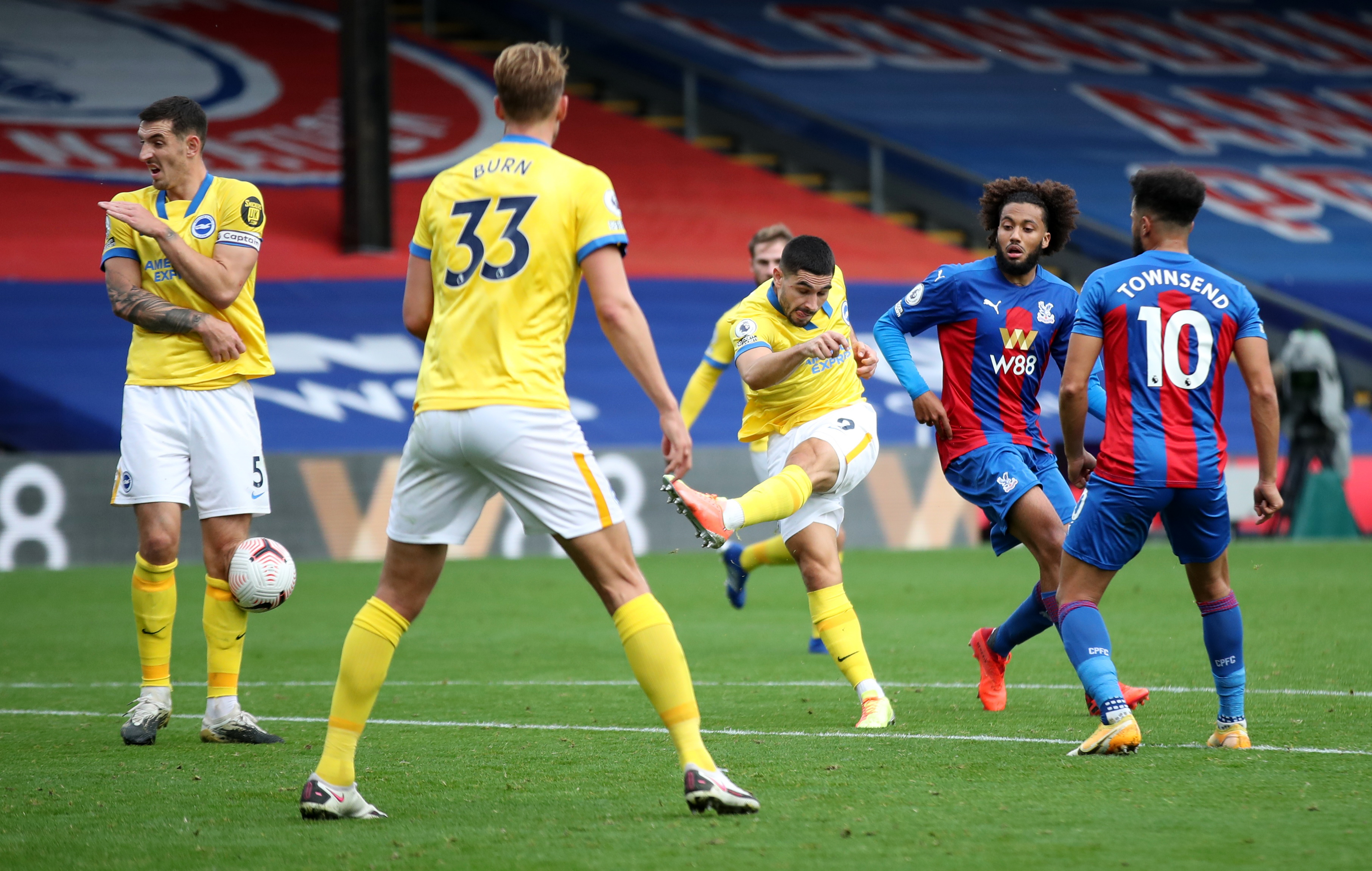 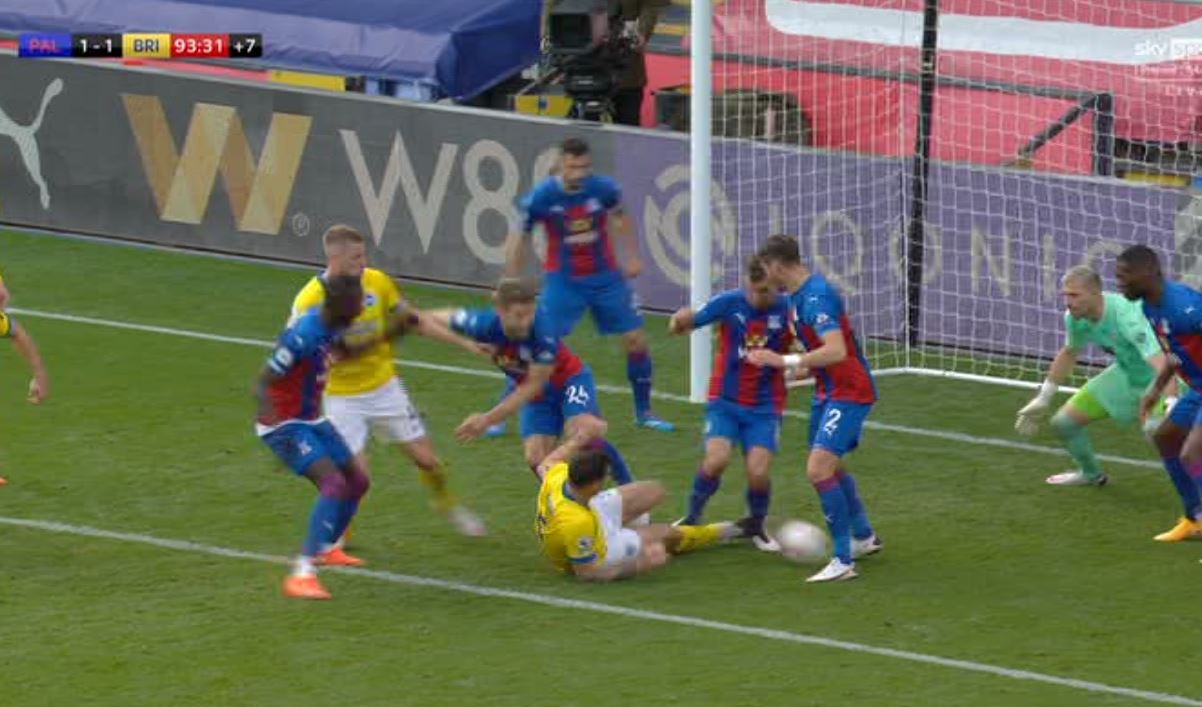 Yet though the home side were far more competitive, it was Brighton who again threatened – this time when Neal Maupay was just unable to divert a cross from Solley March in target.

For Palace, there was a real need to double the lead to provide a cushion, and they thought the had done just that six minutes after the break after a swift counter.

Batshuayi was set clean through on the right to hold off the challenge of Lewis Dunk and smash a shot into the roof of the net, but he was rightly ruled offside by the very tightest of margins.

Maupay had been a menace to the Palace defence throughout, but he wasted a glorious chance to level the score when Adam Lallana teed him up with a wonderful through-ball.

But the Frenchman bizarrely chose not to let fly with just the keeper to beat, instead cutting inside Gary Cahill and allowing Joel Ward to make a desperate late block to divert the shot away for a corner.

It was every bit the competitive battle you would expect between rivals, with little in the way of goalscoring opportunities being created.

Brighton looked the more likely on that front but when Bissouma did carve out an opening midway through the half, Cahill suddenly closed the door on him with a fine block.

Then with time running out, Ward’s hash of a clearance let Brighton launch a desperate attack and the ball rolled into the path of Mac Allister on the edge of the area to drive the ball home via a Cahill deflection.

The seven minutes of injury time was enough to see Lewis Dunk shown red when the defender crudely lunged attempting to scramble home the winner, thrusting his studs into the shin of Cahill instead. 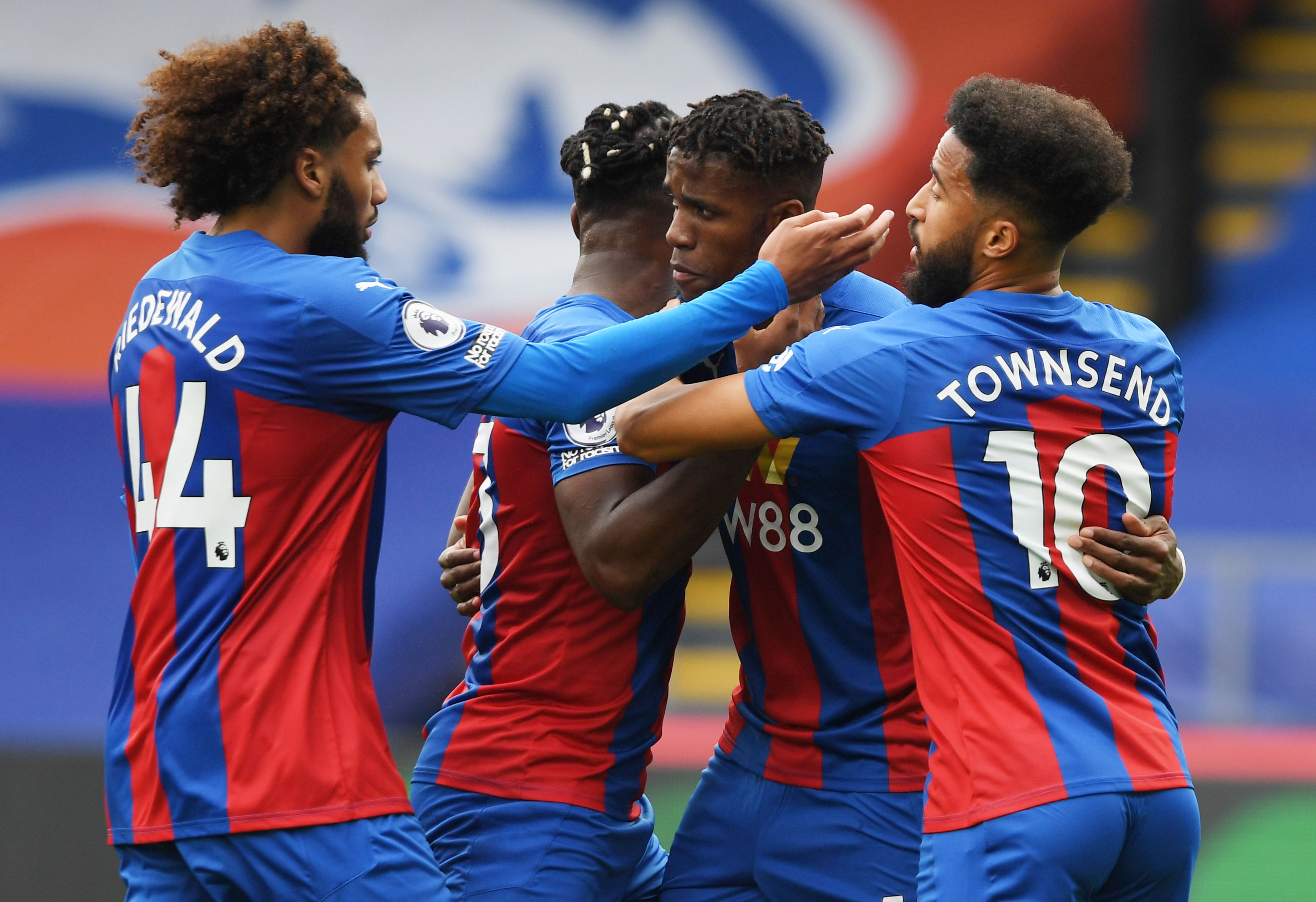