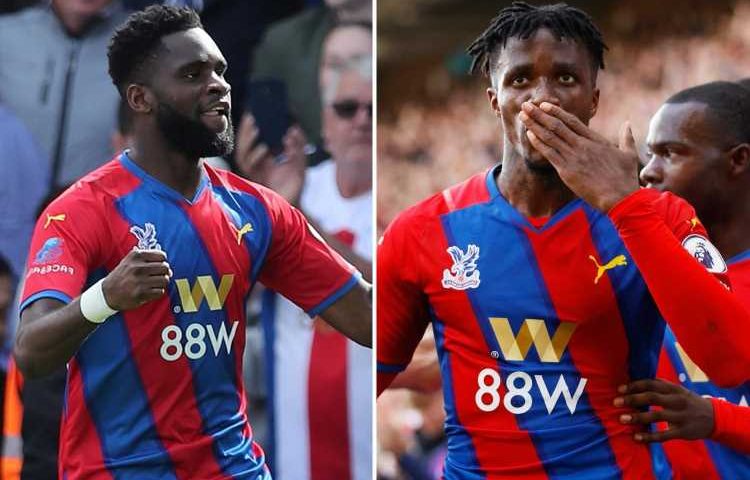 In his playing days as Arsenal skipper, this was the fixture that saw him come alive – and usually ended with a few bust-ups, the odd red card and lots of drama. 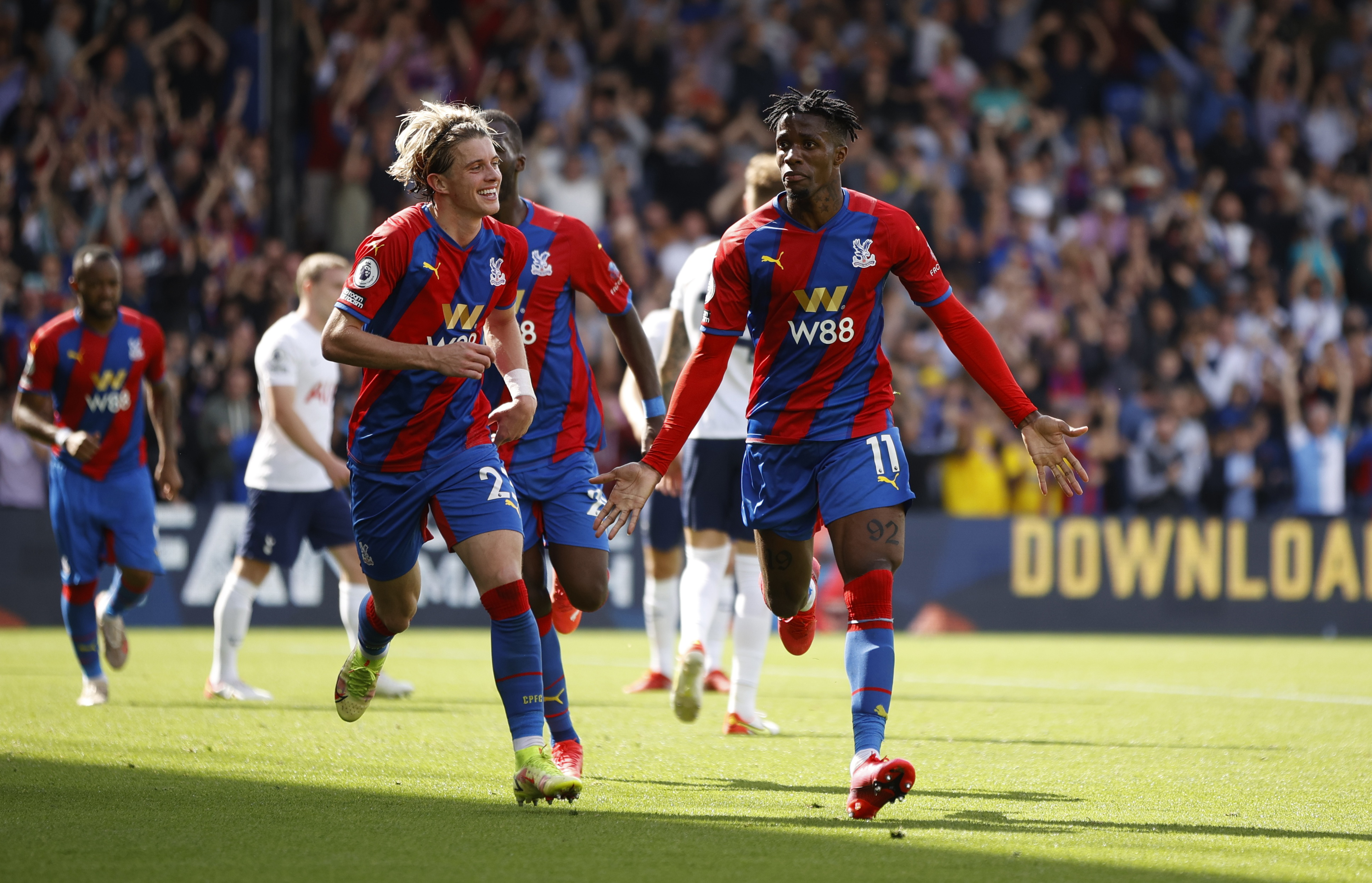 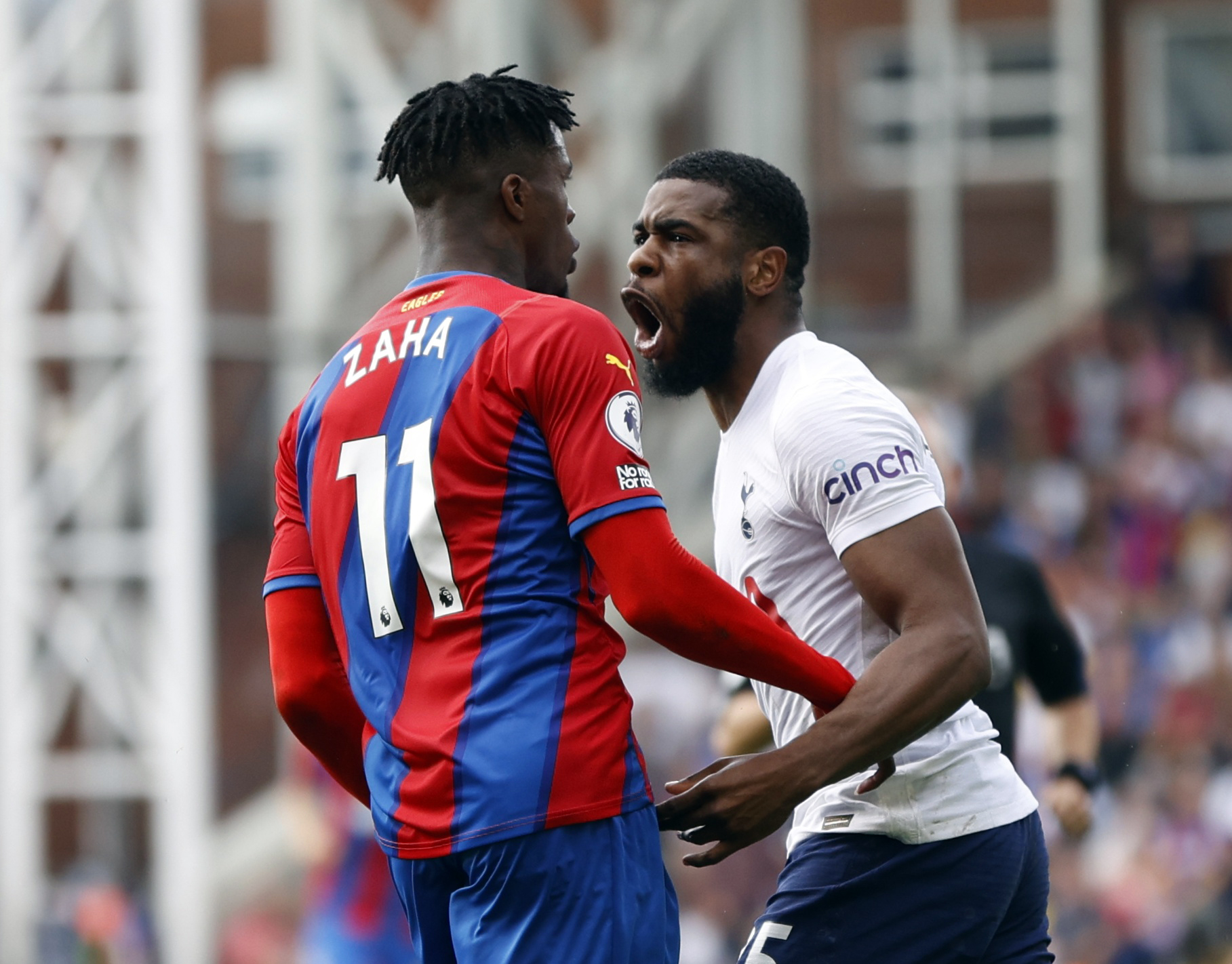 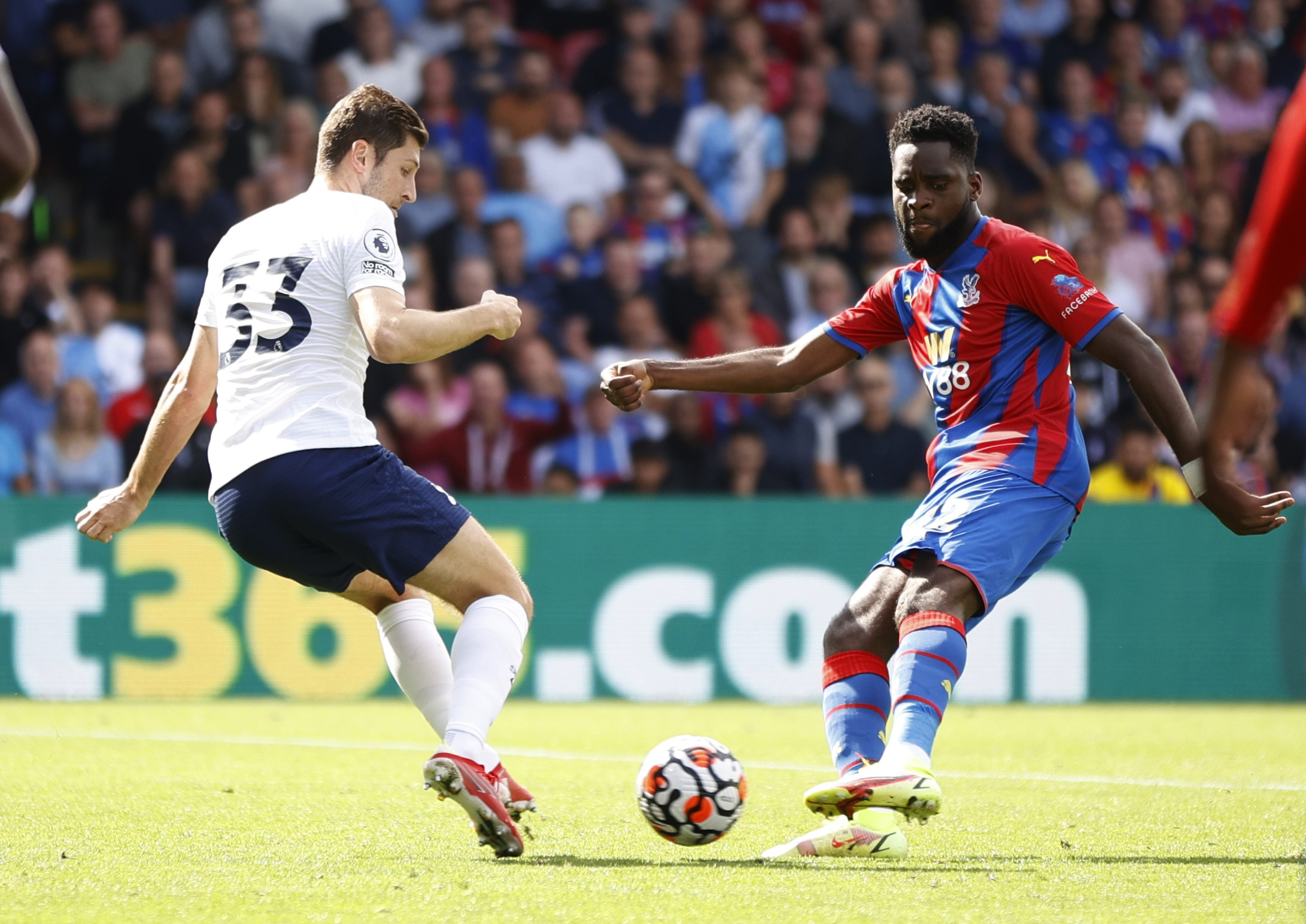 It turns out it is no different now he is in the dug-out with Crystal Palace at a rocking Selhurst Park to end Spurs’ winning start to the season.

Japhet Tanganga’s sending off from two quick-fire yellows – just moments after a confrontation with Wilfried Zaha that sparked a 22-man melee – was the turning point.

And the drama continued as Ben Davies – the man brought on to stem the tide – was deemed to have handled in the area with 16 minutes remaining.

Zaha got his revenge from the spot, and a perfect afternoon got even better as summer-signing Odsonne Edouard scored a debut double off the bench in just six minutes.

The relief was visibly tangible for Vieira. His start to life at Palace was already under scrutiny with no wins and just two goals in his first four games in charge.

He finally has something to show for his vision at Palace, and it just had to be against the old north London enemy. 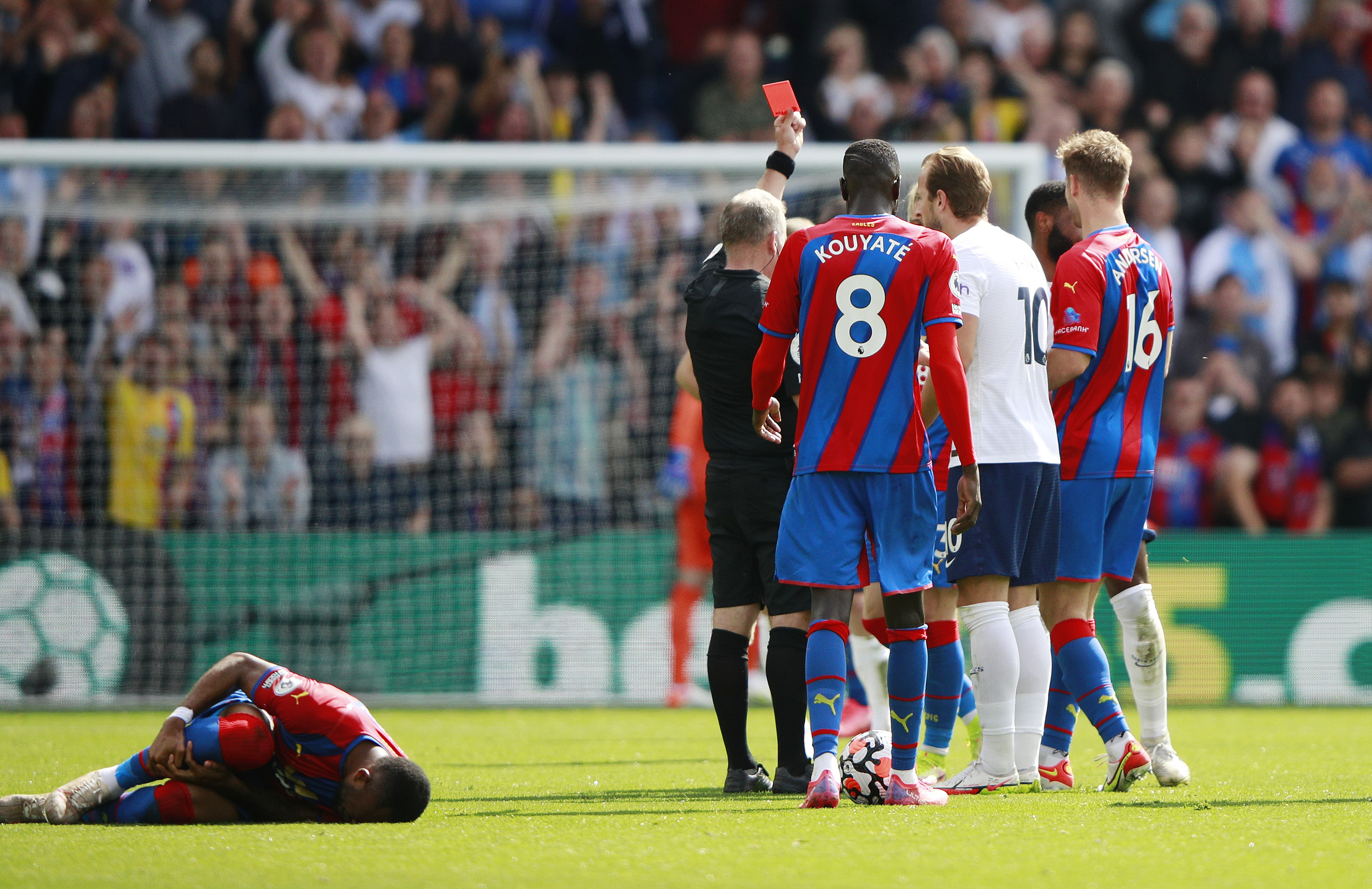 In truth, Tottenham never looked like making it a fourth win on the bounce. They were toothless, spineless and lacking any sort of intent to get anything from the get go.

Nuno Espirito Santo’s defensive-minded approach backfired big time – and it all started with a team selection that screamed: ‘Don’t get beat’.

Palace stuck with the team that fought back to salvage a draw away to West Ham ahead of their FOURTH London derby on the spin to start a campaign – a Premier League first.

Spurs were forced into a shake-up from Nuno’s rigid formula this season, with the injured Heung-Min Son and Steven Bergwijn dropping out.

Lucas Moura and Harry Winks came in, as did Emerson Royal for his club debut after a deadline day switch from Barcelona.

And those changes brought about sloppiness from the visitors, something which saw them only add to their injury worries.

Eric Dier was forced to hobble off after just 11 minutes following a collision with Andre Ayew as he tried to make up for a loose throw from Hugo Lloris. 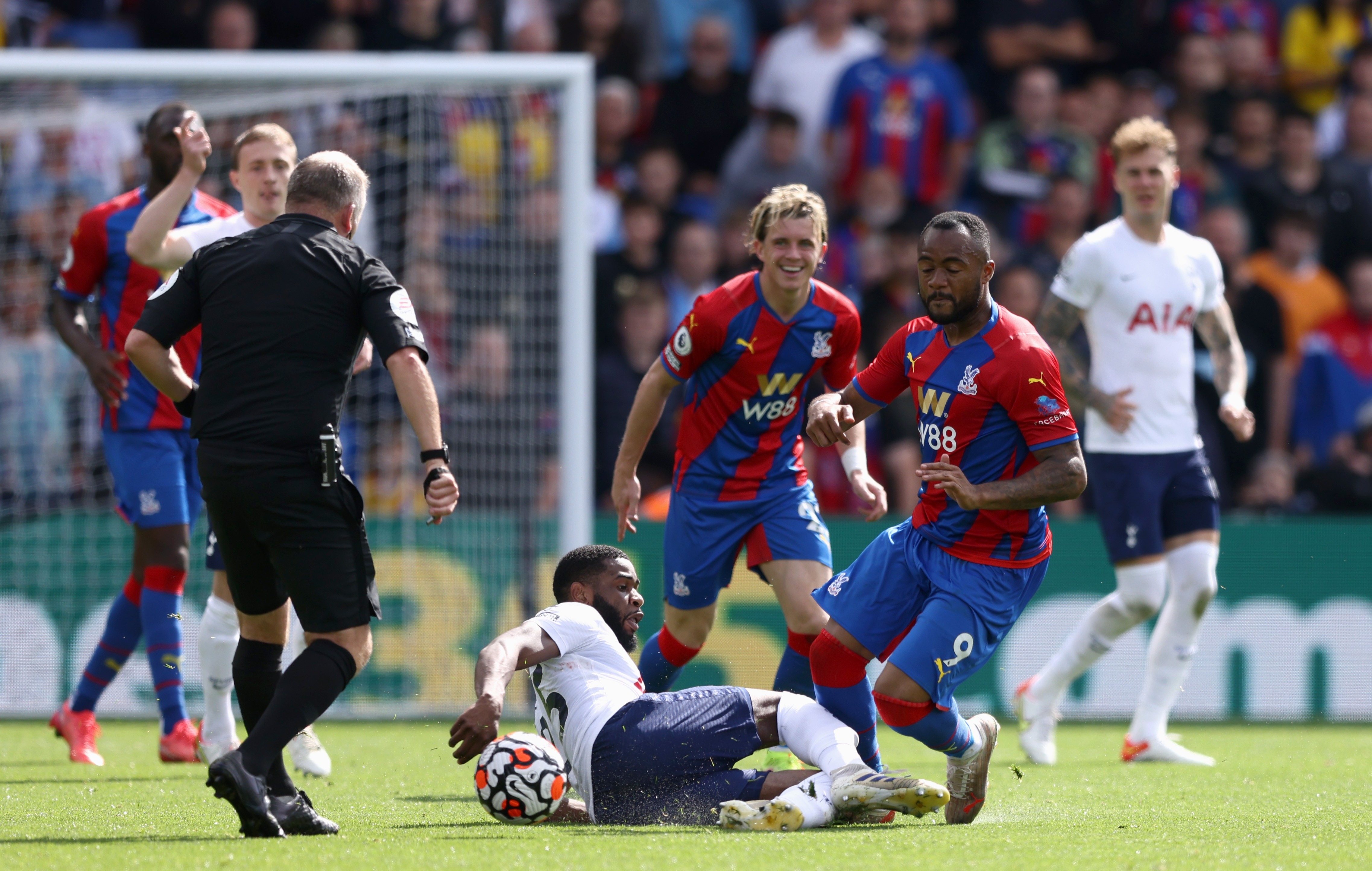 Joe Rodon came on for his first league appearance of the season.

A rare chance for the travelling Spurs fans to applaud their side as they ended the half without a single effort on goal.

After a winning start to the season, Nuno has perhaps encountered issues with his set-up for the first time – they simply don’t create enough, or anything for that matter.

All three of their wins so far have ended 1-0 playing on the counter. Capitalising on errors. Being ruthless with limited chances. Much like the Jose Mourinho era.

But against a Palace outfit that are solid and risk-averse themselves, there appears to be little output – especially without the electric pace of Son over the top.

Harry Kane and Alli were coming short to no avail, while an extremely defensive midfield three of Winks, Pierre-Emile Hojbjerg and Oliver Skipp did them no favours.

Palace however – with the fewest shots on target in the Prem so far this season – were putting together promising spells that should have seen them ahead.

Unsurprisingly, the best chance came through Connor Gallagher – fresh off grabbing two goals against the Hammers in a real breakthrough campaign for the 21-year-old.

Joachim Andersen’s diagonal ball found Wilfried Zaha on the left, who outmuscled new-boy Royal – leaving him in a heap – and drove towards the by-line.

His cut-back found Gallgher only for Sergio Reguilon to make a crucial block before Gallagher’s second attempt from close-range was well-saved by Lloris.

Tottenham finally had a shot on goal early in the second half – Moura testing the gloves of Vincente Guaita from range – but Palace were quickly back into their groove.

Zaha caused more problems with his drives into the box, and picked out Christian Benteke. His touch was then volleyed goalwards by Gallagher but for a big block by Rodon.

Palace smelt blood, and then came a 22-man melee out of nowhere. 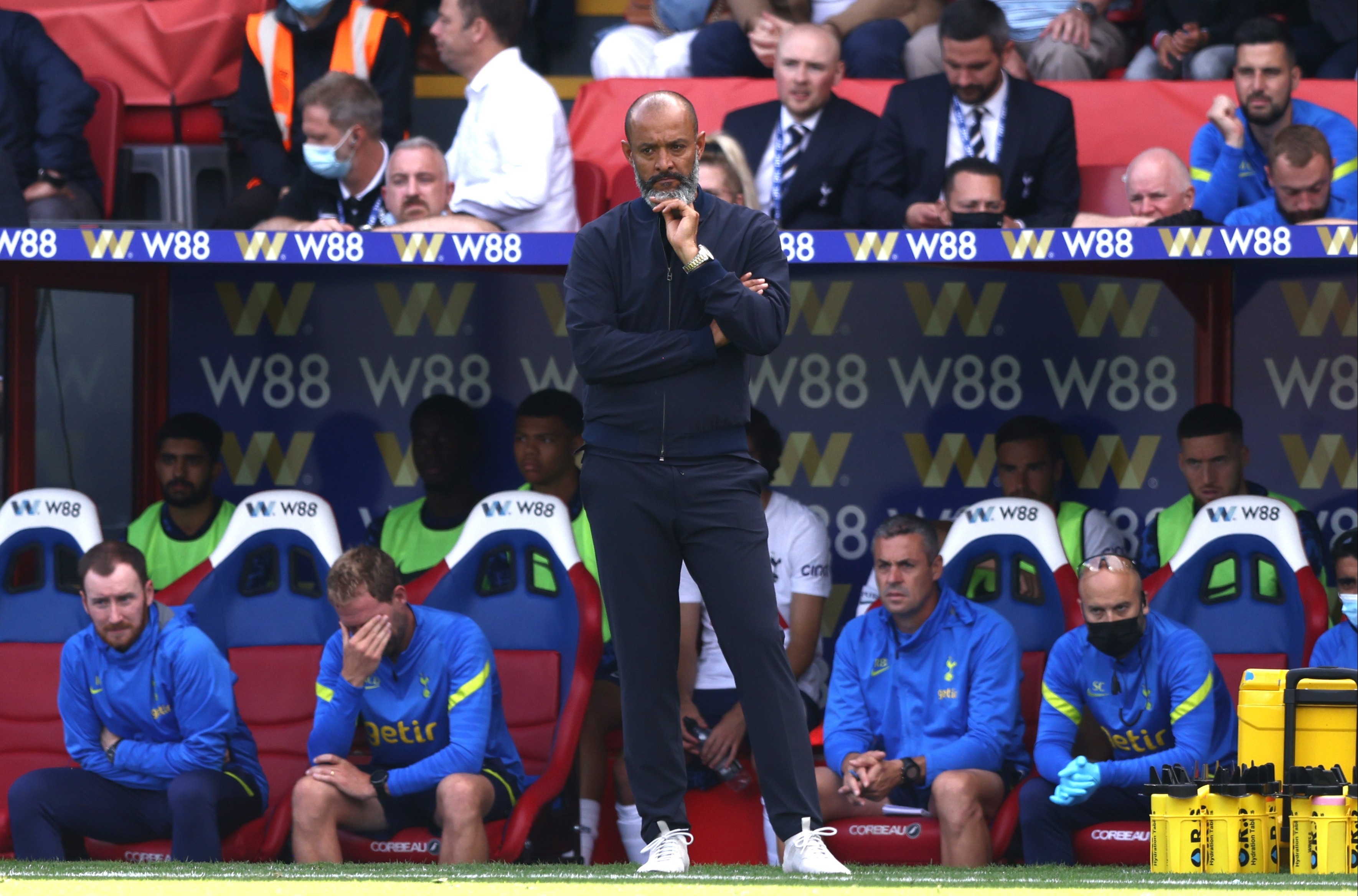 Zaha broke free down the left again, and was upended by Japhet Tanganga – not by a tackle but with two outstretched arms.

The pair then squared up with raised hands, and in came the cavalry, before Zaha and Tanganga received a yellow each for their troubles.

Tottenham were rattled, and then it got a whole lot worse.

Three minutes after his first yellow, a fired-up Tanganga lunged in on Ayew and referee John Moss had little option but to send him marching.

Nuno reacted with Ben Davies on for Winks, but it did little to stop Palace’s rampaging search for an opener.

Zaha, yet again, lost Royal down the left and picked out Ayew at the far post but for another flying block from Alli. 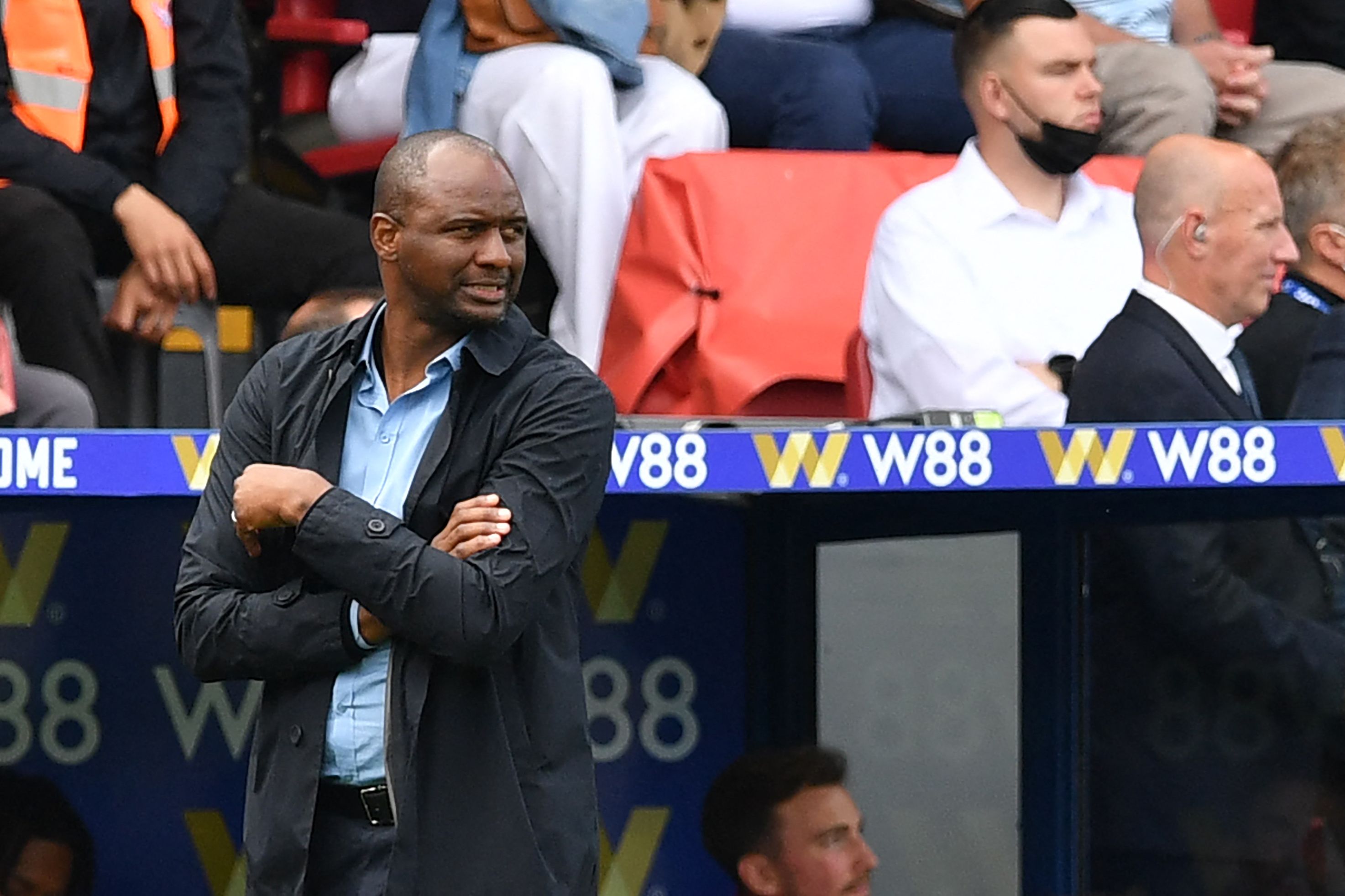 It wasn’t just Zaha enjoying himself up against the Brazilian right-back as Tyrick Mitchell decided to get in on the act.

It was only a goal-line clearing header from Reguilon that stopped his dinked cross from finding the back of the net.

But the net did bulge in the 75th minute thanks to Zaha’s cool-as-you-like penalty to send Lloris the wrong way.

It started with the Ivory Coast international, setting Gallagher down the right only for his cross to be blocked by Davies’ arm.

VAR checked, but there was no need. The arm was outstretched.

Arms were soon outstretched again, this time by Palace fans, as Edouard – still fresh from his Celtic move – found himself in the box just seconds after coming on.

He controlled Zaha’s cross with his first touch of the game, and with the other he slotted past a helpless Lloris.

Vieira screamed with delight, and his arms were pumping in the air in injury time as Edouard broke away on the counter to find the top corner.

Vieira came into this having lost just once against Tottenham with Arsenal, winning on 16 occasions.

After the match, Zaha said: "That felt special because we have been working on trying to play football today and we showed it.

"I have been practicing. I don't see why I can't take penalties so I am happy I took one today and scored for the team.

"[Tanganga] I have seen him play before he is strong and fast. As a winger you have to think fast. I enjoy battles but I am happy today we came out on top. He definitely raised his arms  but  he ref done the right thing he split it up and he got the game going  again.

"We believed in the process. We continued to pass around the back and opening up. The chances will come we just got to take them.

"The attackers are getting on the ball and if  we are scoring  goals everyone is happy. [double sessions..] I can't say it is enjoyable but the results are showing."

And Edouard added: "It is a dream debut for me and to score in front of the Palace fans is beautiful for me. It  was my dream until I came to Palace I have worked very hard for this moment."