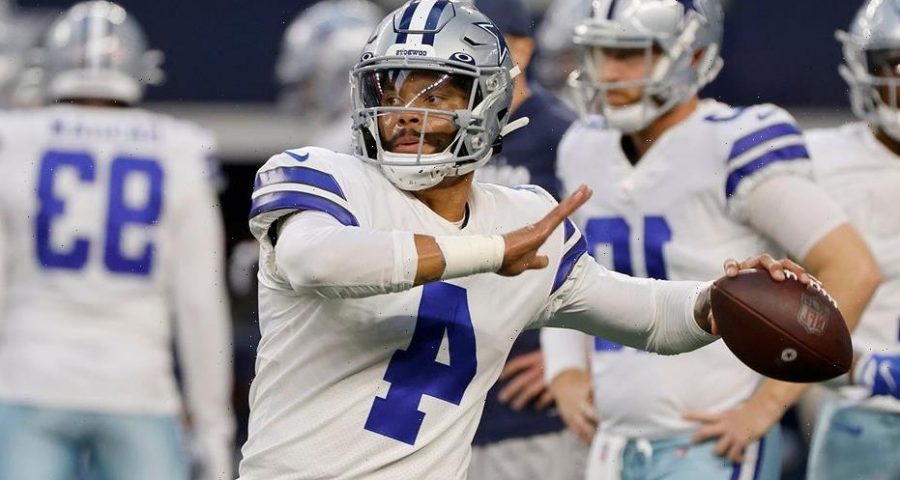 Dallas Cowboys star Dak Prescott made his return to AT&T Stadium on Monday, playing in his first game on his home field for the first time since the devastating ankle injury he suffered last season.

As the moment was finally setting in for Prescott, he was seen getting emotional during the national anthem. The ESPN broadcast showed tears streaming down his face as he prepared to take on the Philadelphia Eagles with hopes of elevating the team to the top of the NFC East.

ESPN’s Lisa Salters asked Prescott what was going through his mind while he was on the sideline.

“Just gratitude. Definitely just thankful for everything I’ve been through. All the hard work that it’s made me account for. Just to be back out here doing what I love. The greatest place to play football,” he said.

Prescott was playing the New York Giants at home last season when he suffered the brutal ankle injury. He was carted off the field and waves to the crowd as he sobbed.

Nearly a year later, Prescott is in prime form.

He had another terrific game on Monday night. He was 21-for-26 with 238 passing yards and three touchdowns. He survived an early fumble that resulted in an Eagles touchdown but bounced back to help Dallas to the 41-21 victory.