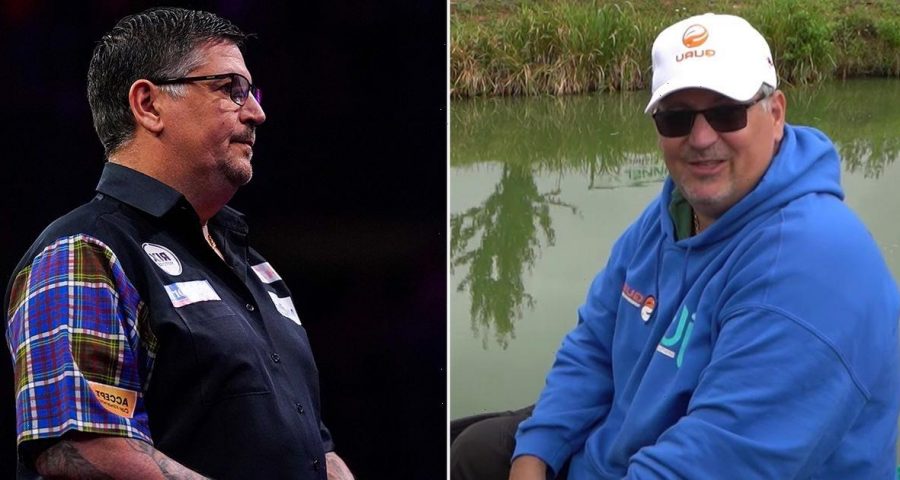 Gary Anderson insists he “won’t lose any sleep” if he can’t rediscover the form which made him a two-time world champion.

The Flying Scotsman has endured a barren form for some time now, finishing at the foot of the Premier League table and then crashing out of the recent World Matchplay in the first round.

There have been flashes of the old Anderson magic but more often than that not he has cut a disconsolate figure on stage, raising questions over the 51-year-old’s future in the sport. He already misses European Tour events while it would be a surprise if he is included in next year’s Premier League line-up, unless he has a drastic upturn in form.

The man himself is relaxed about the state of his game, saying he could only “laugh” about his early Matchplay loss to Daryl Gurney. Speaking lakeside at the Sports Star Fishing Championship this week, he told Online Darts TV: “It was terrible, but I’ve just got to laugh about it nowadays. Hopefully, one day, it’ll come back. If it doesn’t, I won’t lose any sleep over it to be honest.

“I’ve done it a long time. What will be will be, that’s all I can say. Some days I can turn up and play not too bad and there are other days where it’s really hard work.

“At this stage [of his career] I would have to be out seven days a week playing, just to get my darts [form] back. It’s going to have to be constant practice, but we’ll just see what it is.”

Do you think Gary Anderson's best days are behind him? Have your say in the comments section below.

Anderson has admitted the Covid pandemic, which led to him spending more time at home with his family, has changed his outlook on darts.

“I’ve lived 26 years out of a suitcase, living in hotels,” he said. “Then Covid came along and I ended up spending two years at home – I love it.

“It’s the first time I’ve spent that much time with the kids. I think I kind of got used to that. I prefer it being away all the time. I really think that’s what’s happened to my darts.”

He added: “We’ll just keep playing and see what happens but I can’t do the travelling anymore, the European stuff. We’ll stick to Pro Tours [events] and see what I can do there.”