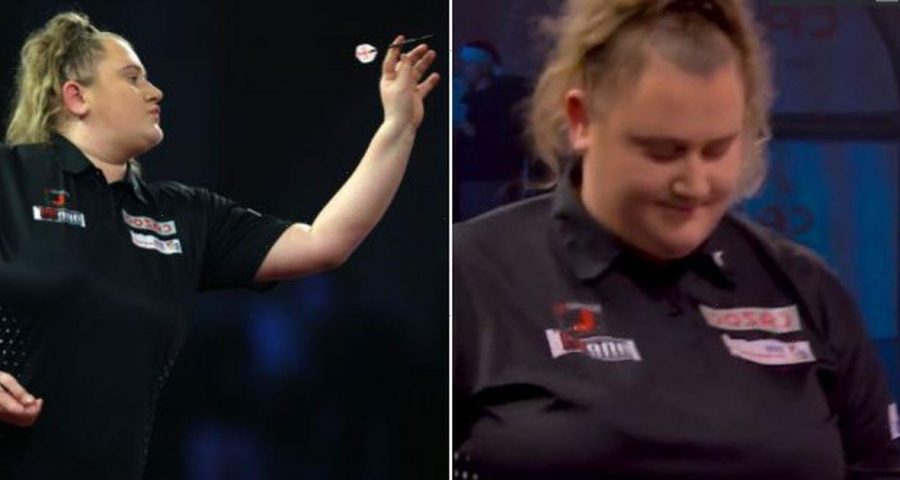 Offbeat news from the world of sport

The 18-year-old’s appearance against William O’Connor has been one of the most talked about matches of the first round – and it certainly lived up to the hype early on.

Starting with the throw, there was some pressure on Greaves to win the first leg. But if there were any nerves, she didn’t show them, winning the first leg with a brilliant 120 checkout with 60, 20 and double top.

O’Connor hit back straight away but only after Greaves had registered her first 180. The Irishman then secured the first break of the match, only for Greaves to break straight back after a scrappy fourth leg which saw a host of missed doubles from both players.

When Greaves narrowly failed to take out 105, O’Connor took advantage to clinch the first set after finally pinning double five. Despite losing the first set, Greaves looked like she belonged, with fans soon taking to social media to praise her composure.

Darts fans also marvelled about another thing she did on the famous stage. As the players made their way off stage for the first break, Greaves picked up her mobile phone from her table and casually checked it.

How good is Beau Greaves? Tell us in the comments section below.

“Beau Greaves checking her phone as she walks off stage, no f***s given,” joked one fan.

Another fan wasn’t happy though, tweeting: “Beau Greaves has her phone sitting on her drinks table? And then used it as she walked off stage, I'm not a fan of that truth be told.”

Another commented: “Beau Greaves with the phone up on stage and checking it as she goes to a break! That's mental to me.”

Greaves missed chances in the second set too and O'Connor took full advantage to double his lead before winning the third set in comfortable fashion.