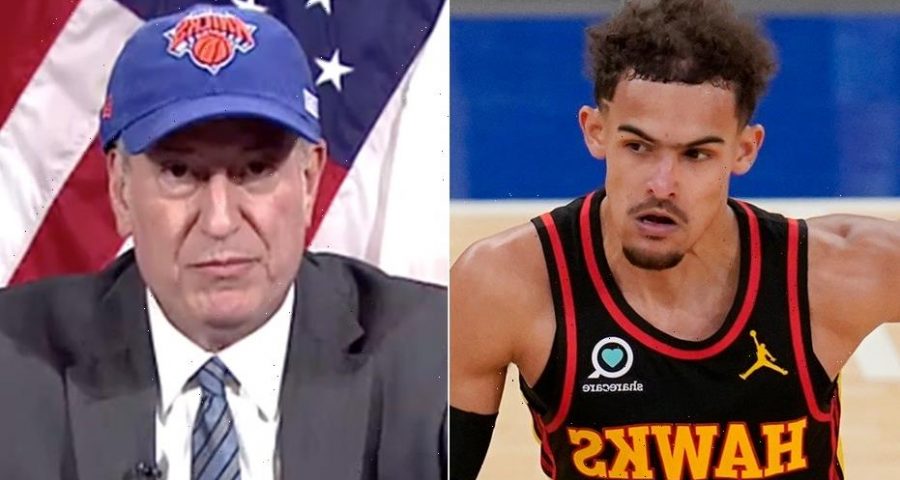 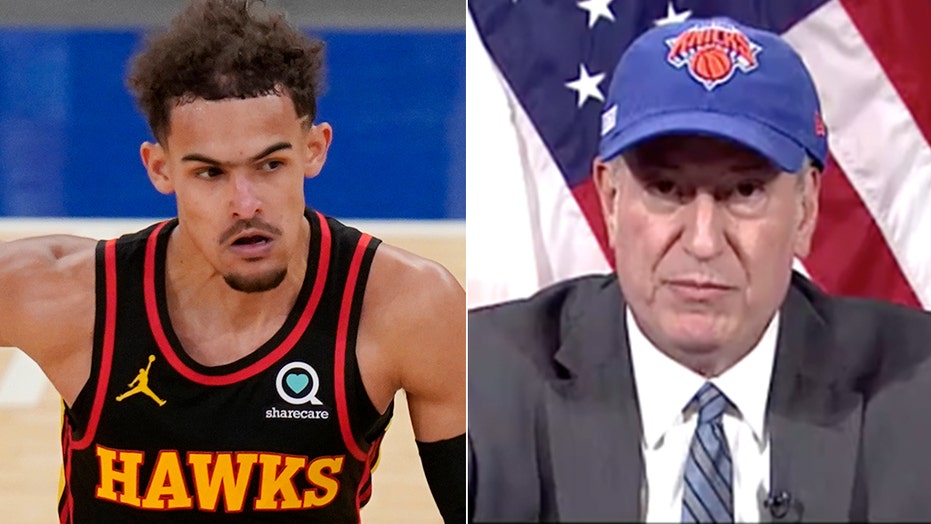 New York City Mayor Bill de Blasio fanned the flames of a budding rivalry between the Knicks and their first-round opponent Atlanta Hawks before Game 2 of the series.

De Blasio took aim at Hawks star Trae Young on Tuesday after the third-year guard scored the game-winning basket in Game 1 over the weekend and silenced the raucous crowd at Madison Square Garden. The mayor, with his Knicks hat front-and-center had some words for Young.

“This is about basketball. I have an important, official announcement. This is very serious. I want to get this out. Message to Trae Young, on behalf of the people of New York City and anyone who cares about actually playing basketball the right way, stop hunting for fouls, Trae,” de Blasio said.

“I want to quote Steve Nash – a great player, great coach. He says ‘that’s not basketball.’ Trae, Trae, that hawk’s not gonna fly in New York City. C’mon. Play the game the right way. See if you can win. I think the Knicks are going to teach you a lesson.”

Young was 9-of-9 from the free-throw line during the Hawks’ 107-105 victory over the Knicks on Sunday. He led all scorers with 32 points and nailed two free throws to put the Hawks up 105-103 with 28.6 seconds remaining in the game.

The Knicks were called for 16 fouls and the Hawks for 13.

Young previously drew the ire of Brooklyn Nets coach Steve Nash earlier in the season. Nash accused Young of drawing cheap fouls in January. He uses a start-stop motion to get around a ball screen and use the defender to draw a foul.

In response to Nash’s criticism, Young said if the Hall of Fame point guard was doing it himself he would be OK with it.

“If he says it’s not basketball, he must’ve been saying it about himself because he’s done it a couple of times throughout his career and was so successful.”