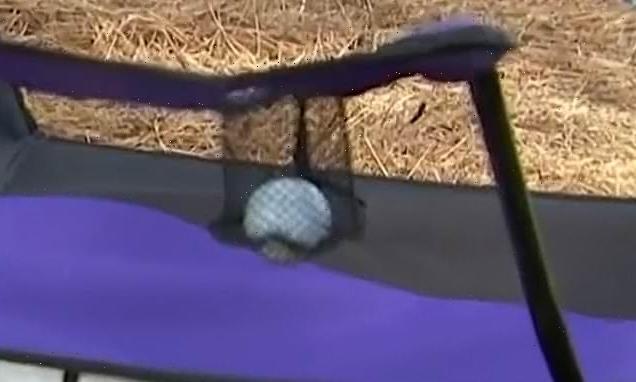 PGA Tour golfer Denny McCarthy sinks unique ‘hole-in-one’ after his tee shot rebounds off a spectator and lands in the cupholder of his chair… but the American still manages to make birdie!

Denny McCarthy produced a memorable shot during the final round of the FedEx St Jude Championship Sunday after his tee shot on the second found the cupholder of a spectator’s fold up chair.

The American carded a round of 70 to close the first of the three PGA Tour FedEx Cup Playoff events and seal a top-20 finish in Memphis, Tennessee and had a unique way of doing so.

On the par-four second, McCarthy, 29, made a hole-in-one, just not in the cup he was expecting. 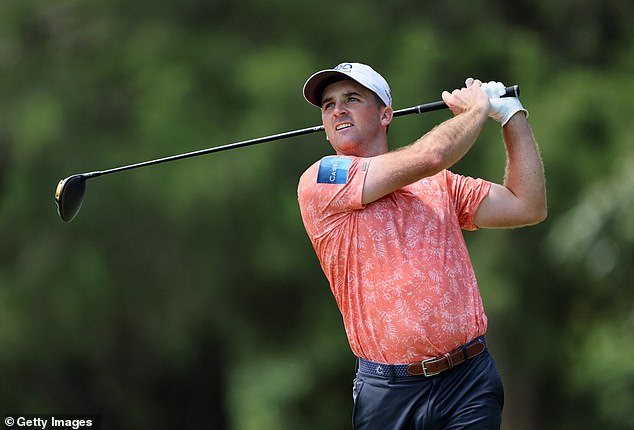 His tee shot went well off target as he sent it right into a group of unsuspecting patrons peacefully watching on.

The ball hit one of the spectators before ricocheting off him and landing into the cupholder of his folding chair.

Fortunately for him, not only did he not have to hit the shot from the unlucky lie but he even managed to make birdie. 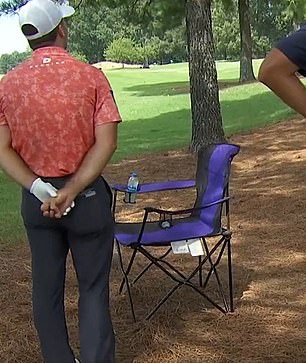 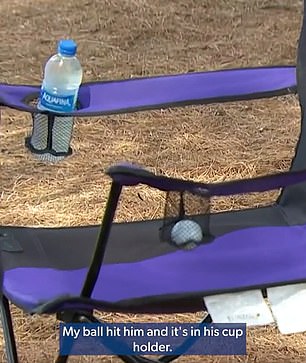 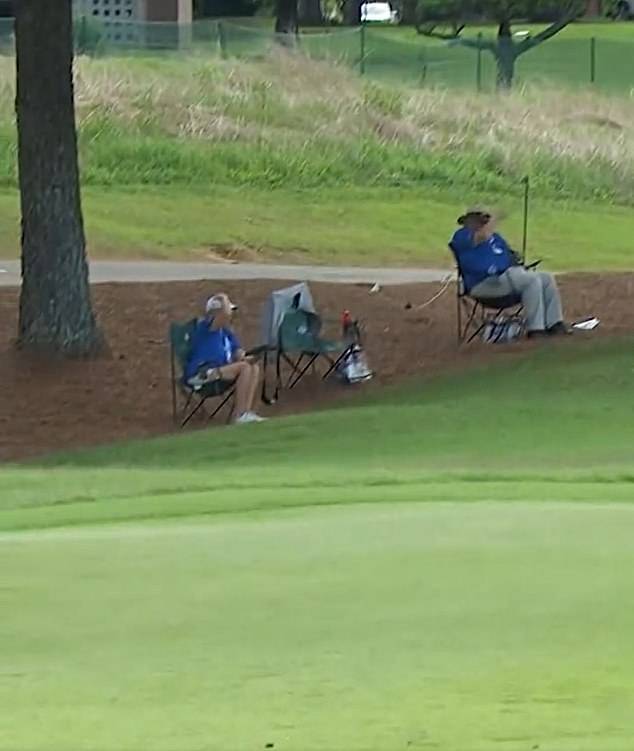 McCarthy was able to take a drop with no penalty and then hit his shot to within 35 feet of the hole before sinking the long-range putt to record one of the most interesting birdies seen.

He ultimately finished seven shots behind winner Will Zalatoris, who clinched the victory in a playoff against Austrian Sepp Straka.

McCarthy finished eight-under in an eighth-way tie for 20th place after he followed up a series of four birdies in the opening seven holes with four disappointing bogeys down the home stretch.