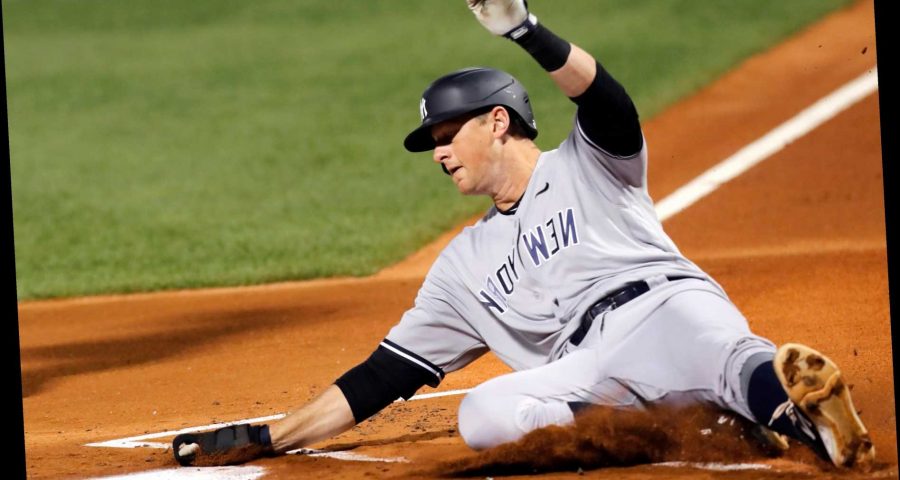 Yankees, Mets should consider if Cy Young winner is worth risk: Sherman

The Dodgers’ interest in DJ LeMahieu only seems to be growing the longer his free agency drags out.

LeMahieu is the Yankees’ top offseason priority, with all other major decisions being pushed to the side till they know how much it will take to retain the star infielder. The Dodgers appear to be a serious threat, though, with the LA Times reporting this week LeMahieu is their top option if they can’t bring back Justin Turner to play third base.

Moving on from Turner, a clubhouse leader for years in Los Angeles, became more likely with him seeking a four-year deal. The Dodgers appear want to limit the length of Turner’s deal to two years.

The Dodgers, per the Times report, are also considering trades for Kris Bryant, Eugenio Suárez, Mike Moustakas and Kyle Seager.

The Post reported in mid-December that LeMahieu and the Yankees were $25 million apart. LeMahieu’s camp was hoping for a five-year deal, with the Yankees pushing for three years.

Former Nationals GM Jim Bowden wrote in The Athletic that the Dodgers have similar concerns in terms of contract length.

The Dodgers are in the mix for LeMahieu’s services, but like the Yankees don’t appear willing to offer a five-year contract nor the average annual value LeMahieu’s agent Joel Wolfe is hoping to get. However, the baseball fit for the Dodgers is enormous. The Dodgers could put him at third base where he would be above-average defensively or they could put him at his best position of second base where he’s won three Gold Glove awards in his career.

The Post’s Joel Sherman noted that the Dodgers could be a viable alternative for LeMahieu if the free-agency process has alienated the 32-year-old. The Mets and Blue Jays are also considered possible landing spots for LeMahieu.

The Dodgers, however, offer the same sort of professional environment that makes staying with the Yankees an appealing option for LeMahieu.

The defending World Series champs also have the payroll flexibility to afford LeMahieu. That is the question that lurks for the Yankees, as they seek to stay under the $210 million luxury tax threshold. That leaves the Yankees with about $30 million to spend this offseason, as they also deal with a lack of rotation depth that likely will have to be addressed.

LeMahieu’s value is undeniable, though. In his two years in The Bronx, he was an MVP candidate while slashing .336/.386/.536 in his two seasons combined.