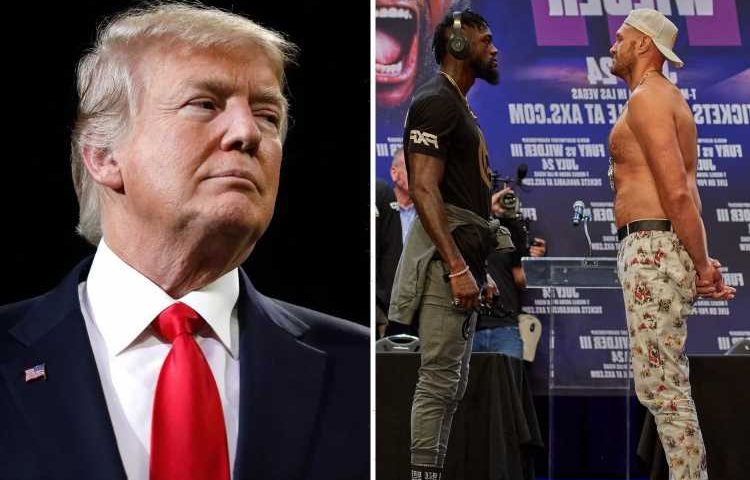 The 75-year-old was commentating on the fight between Evander Holyfield and Vitor Belfort last month. 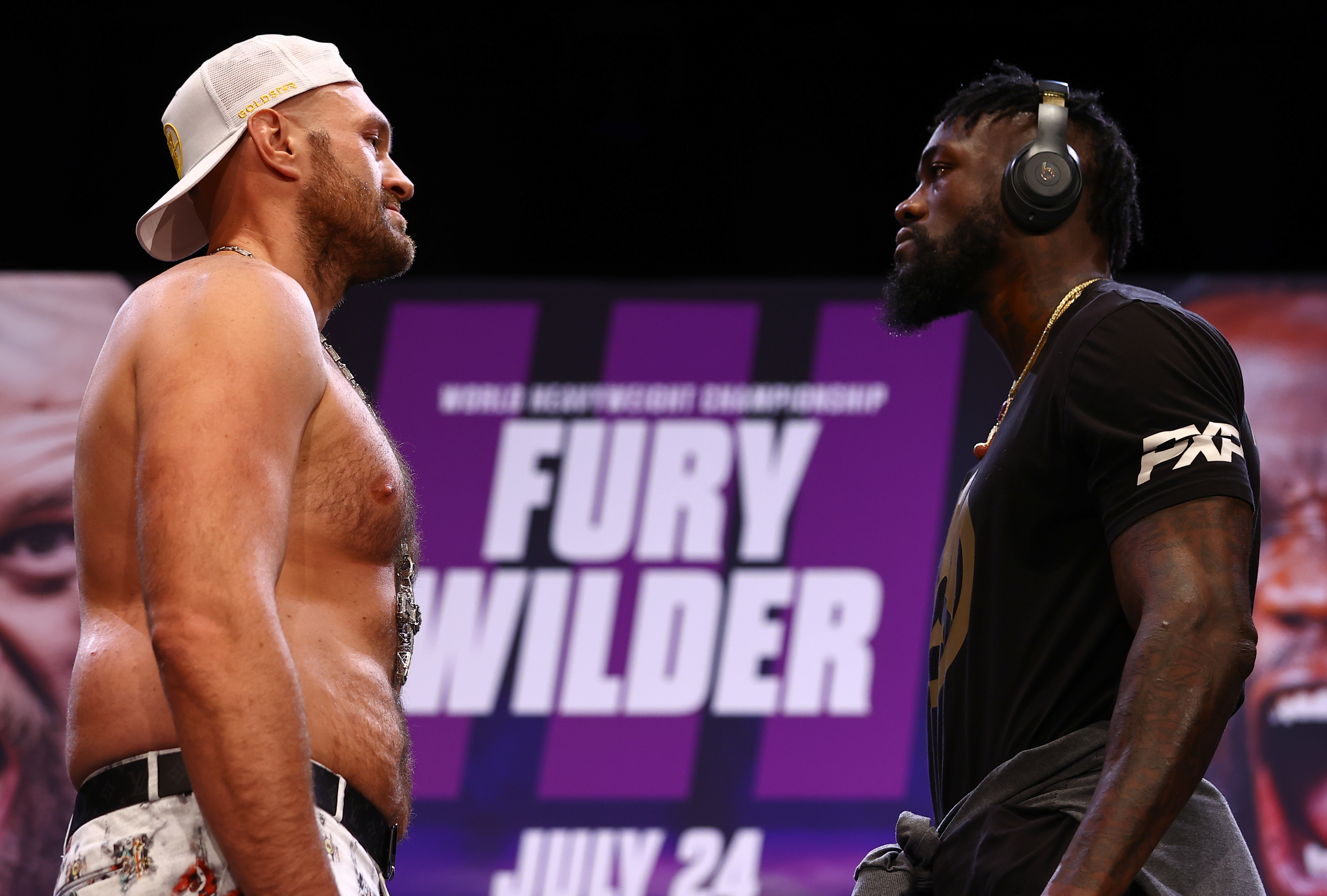 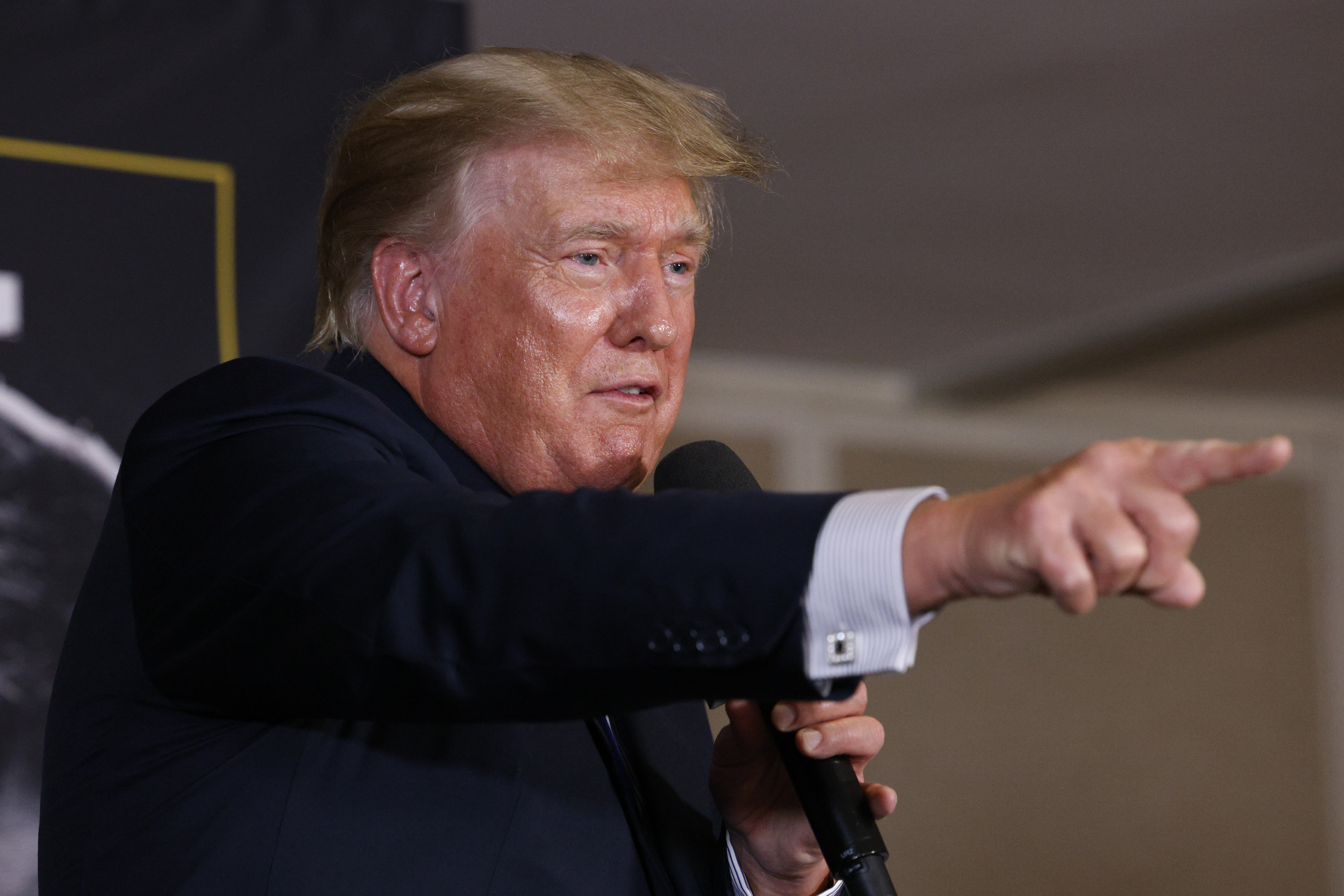 Trump said: "That was a fight where people were shocked, because you look at body type.

“Fury went down, I thought he was out and all of a sudden he just jumped up."

Trump then gave his assessment of the second fight, calling it a 'no contest'.

He continued: "Then he fought him the second time and it was no contest.

“Well he had a great win. He was given no chance. And body type, that’s not type for a fighter you don’t think.

“His opponent looked so beautiful that night, but it didn’t work out. Fury’s a really good fighter.

“The funny thing is Deontay was never even slightly wounded [in his previous fights], like 30-0 or something.

“But he didn’t do well. It [the power] didn’t work against Fury.”

The 45th President – who hosted Wilder at the White House during his time in office – had plans to invite Fury to the US capital after the rematch win, but the outbreak of the Coronavirus halted all plans.

Fury and Wilder meet for the third and possibly final time in Las Vegas on Saturday with the WBC and The Ring magazine titles up for grabs.

Wilder accused Fury of cheating his way to victory in the second fight, and has warned in the build-up to Saturday's fight the Brit will do it again.

Well he had a great win. He was given no chance. And body type, that’s not type for a fighter you don’t think.

Fury says the claims are coming from an 'unwell person' and has vowed to 'obliterate' the American again.

The 33-year-old fumed: "I don’t care, because it is coming from an unwell person.

"He blamed me, his trainer, his costume, the referee, the commission, one [excuse] might have been believable but not 50.

"It just tells me he is a mentally weak little person who I am going to beat again.

"I obliterated him in the rematch and he is getting it again."

Whoever wins Saturday's trilogy fight will face either Dillian Whyte or Otto Wallin, who fight later this month.

A statement read: "The WBC Board of Governors has reviewed the recent history in the Heavyweight Division.

"Considering the long inactivity in the division due to the pandemic, ongoing legal processes, and Covid-19 infections, the WBC has ruled that the winner of this fight will have 30 days to secure a contract to unify the Heavyweight Division against WBO-IBF-WBA champion Oleksandr Usyk in search of an undisputed champion in the division.

"If no unification bout is secured within that time, the winner of Fury vs Wilder 3 must then fight next against the then reigning WBC Interim Heavyweight Champion."

Fury insists he's focussed on beating Wilder first before looking at his next potential fight.

Laser-focussed Fury said: "That's something I've not been told or am even interested in right now.

"I've got Deontay Wilder to deal with first and then we'll sit down and make a decision on what's next."

CLICK HERE FOR LIVE UPDATES ON FURY VS WILDER 3