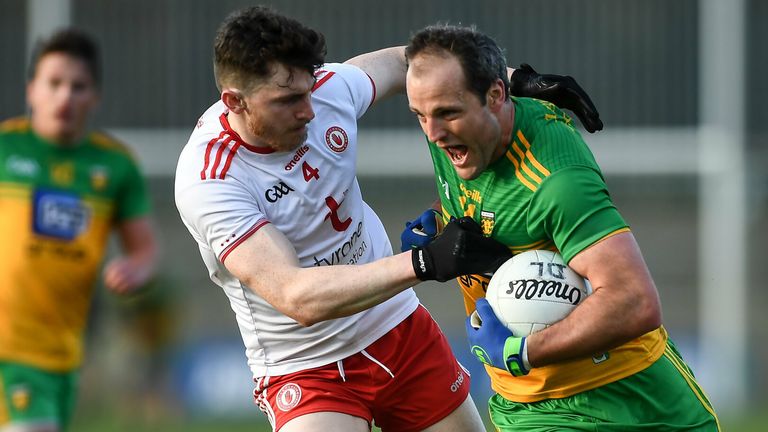 It was a cagey affair when Donegal and Tyrone met in the National League, given they would be meeting in a far more significant contest just two weeks later.

But it was an important win for Declan Bonner’s side, as it meant they had no relegation fears ahead of their trip to Kerry. They went to Tralee without their key players, and they went through the motions, which is a major advantage to Donegal coming into this week.

Tyrone had to go down to Mayo knowing they had to produce a big performance to stay in Division 1. It took a lot out of the Red Hands, and they sustained a few injuries. The heavy conditions were taxing on the Tyrone players. Where will the game be won and lost?

A couple of factors will determine the outcome, including the performance of the two leaders. When Michael Murphy plays well, Donegal win. Likewise, Mattie Donnelly is going to be key for Tyrone moving forward.

Secondly, the kick-out strategy deployed by both teams is going to be crucial. In recent years, Tyrone have had difficulty with restarts in this fixture. That’s not just a reflection on the goalkeepers. In Shaun Patton and Niall Morgan, you have two of the best goalkeepers in Ireland. But it depends so much on the movement and what’s going on out the field.

Not only in the championship have Donegal got the better of this, but also in the league game, they have scored heavily off Morgan’s kick-outs.

I think there is no doubt Donegal are going to push up on Tyrone’s kick-outs. So Mickey Harte’s side are going to have to work harder out the field to create the space to secure possession.

The advantage Donegal have is their sheer size and strength compared to Tyrone. They have an abundance of big players who can form a line across the middle. Michael Murphy, Hugh McFadden, Caolan McGonigle, Michael Langan, Jason Magee and Ciaran Thompson are all strong in the air.

Whereas Tyrone, especially without Colm Cavanagh, do not have that size or physique to call on in the middle third.

It was interesting that Mickey took off Brian Kennedy with 20 minutes to go in Castlebar last week. He ran himself into the ground, and Mickey was concerned for him getting injured.

In that regard, Donegal have an advantage. So it will be interesting to see if Tyrone concede kick-outs and let the opposition have the ball. If they do that, it’s very much back into a defensive game again, and a very slow, tactical game will ensue.

It’s all to play for going into the game, but Donegal certainly carry the aces.

How will relegation affect Cavan?

It was also going to be difficult for Cavan to stay in Division 2, when you consider that Mickey Graham did not have his full array of players.

The Breffni County won four consecutive Ulster U21 titles between 2011 and 2014. They were really coming strong with their underage. It appeared that there was a bright future ahead.

So to see them down to Division 3 is very disappointing for their supporters. Their task is not getting any easier. If they wanted to get a run in the Ulster Championship, they would have wanted a team other than Monaghan, who are in the top tier and playing well at the moment. It has left the Breffni County with a very difficult assignment.

But the Cavan players will tell you themselves a lot of their better performances have come against their big rivals in Monaghan. 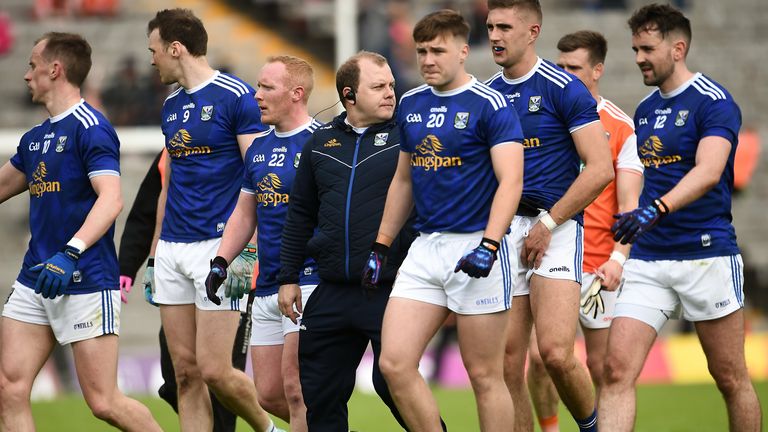 It’s hard to look past Monaghan; the spine of their team is strong and experienced; Rory Beggan, Ryan Wylie, Darren Hughes, Kieran Hughes, Conor McManus, Conor McCarthy. Whereas two of Cavan’s better players last year – Conor Moynagh and Dara McVeety – are not available. So it would be a major shock if Monaghan were not to get through this one.

Should they come through Saturday’s test, the games will be coming thick and fast. The preliminary round is not the best place to be coming through Ulster this year, more so than any other year. But it’s the easier half of the draw. If they can negotiate that, they have a great chance of reaching an Ulster final and causing a surprise.

Monaghan need to make hay while the sun shines

The Farney County have one of the best finishers in the country playing for them. Conor McManus at 32 is still shooting the lights out. He is still playing as well as ever.

I believe the next two years are crucial. On their day, they are capable of taking on and beating anybody. They have done that in the National League, they have beaten everybody over the last few years. If Monaghan in top form were to play Dublin in an All-Ireland semi-final at the end of November, they would have a chance of beating them. They wouldn’t be afraid of taking on anyone.

But the reason I say it’s important over the next two years is because it is not every generation that you get the likes of Conor McManus. He’s a one-off. He’s not somebody who’s going to be replaced in the next two or three years. Monaghan could be waiting another 10 years before they unearth another Conor McManus. 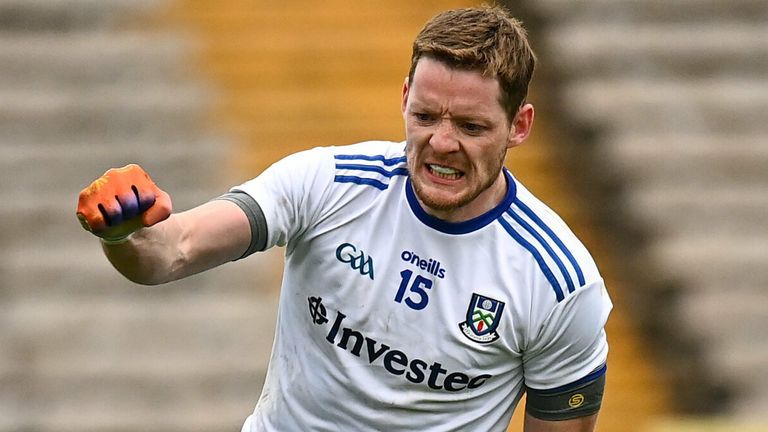 The stakes are massive this weekend. It’s knockout football. In this scenario, every play counts.

There will be an edge to matches, that is not there in the National League.