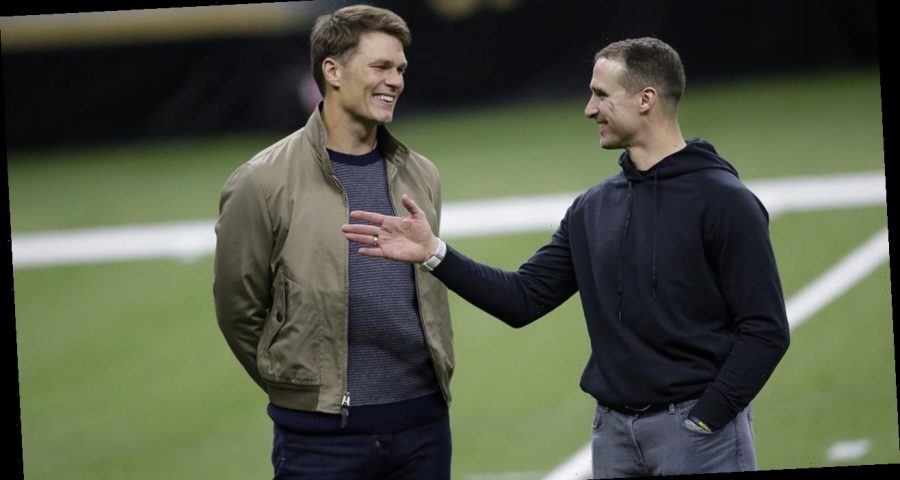 After the dust settled from their divisional-round playoff game, Drew Brees and Tom Brady were spotted Sunday having what could be their last moment together at the Superdome.

It might have been the last time the two future Hall of Fame quarterbacks shared a field together as Brees is reportedly set to announce his retirement at some point during the offseason. The two were seen laughing and Brady threw a pass to one of Brees’ children.

The special moment was caught on video by several reporters lingering around after the Tampa Bay Buccaneers defeated the New Orleans Saints to move on to the NFC Championship, 30-20, to face the Green Bay Packers with a trip to Super Bowl LV on the line.

While FOX Sports’ NFL insider Jay Glazer reported before the game that it would be Brees’ final game in the Superdome win or lose, Brees told reporters after the game he would take some time before deciding on what to do with his career.

“I’m gonna give myself an opportunity to think about the season, think about a lot of things, just like I did last year and make a decision,” he said, via ESPN.

He also added that he had “no regrets” about how the season went down. 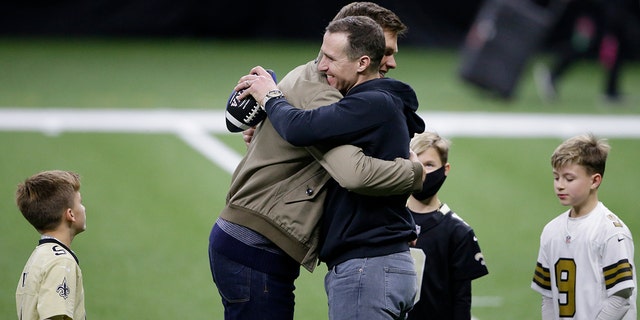 The longtime Saints quarterback waved goodbye to the limited number of fans at the Mercedes-Benz Superdome and blew kisses to his family who was up in a suite watching the playoff game.

Brees had three interceptions in the loss. He added a touchdown pass and 134 passing yards.

Sean Payton was asked about Brees’ future and Payton replied he thought that question was for “another press conference.”