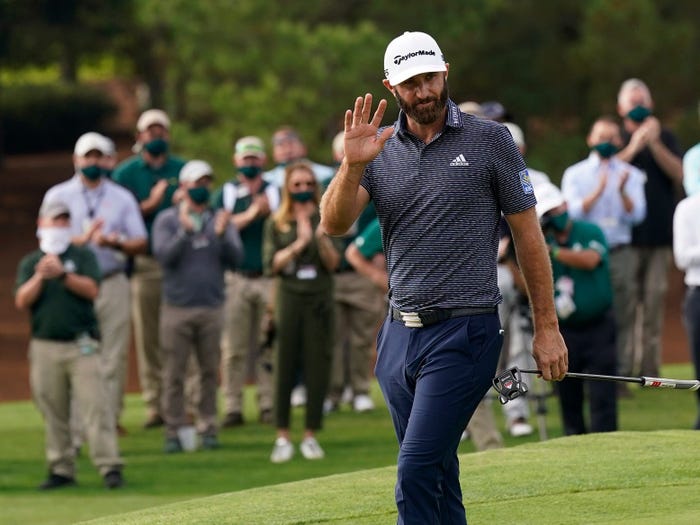 Dustin Johnson refused to be caught during the final round of the 2020 Masters.

Heading into Sunday with a four-stroke lead on the field, Johnson fended off his few remaining challengers through the front nine at Augusta National before draining three birdies in a row on the back nine to put the tournament away and make Masters history.

Johnson put an exclamation point on his coronation beginning at the par 5 No. 13, sending home a birdie to put his score at 18-under, tying the 72-hole record at the Masters held by Tiger Woods and Jordan Spieth. Then at the par 4 No. 14, he'd find another birdie, thanks to a brilliant approach shot that was emblematic of his near-flawless round.

Then at the par 5 No. 15, he did it again. With the birdie, he dropped to 20-under par, the first player in the history of the Masters to reach such a low score.

Johnson continued rolling from there, playing the final three holes of the tournament to par to finish at 20-under, breaking the Masters 72-hole scoring record held by Woods and Spieth and winning the tournament by five strokes.

Johnson came into the Masters as the top-ranked golfer in the world. With his dominant performance at Augusta National, he showed it's not a title he plans on giving up any time soon.