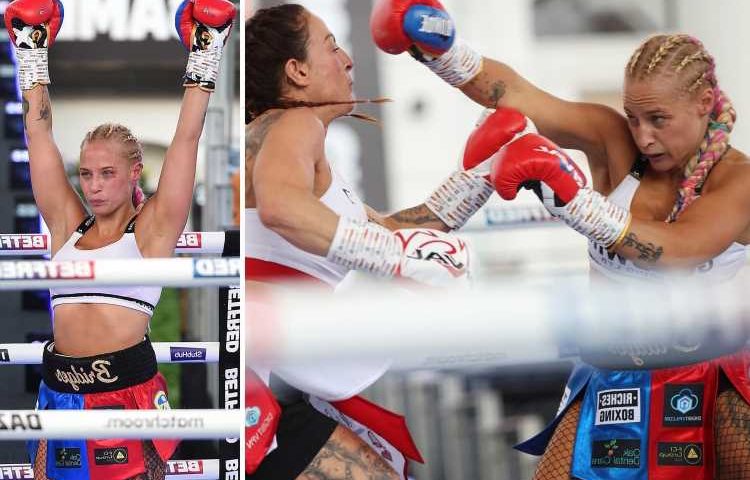 EBANIE BRIDGES caught the eye of boxing fans with a knockout win in fishnet tights.

The 34-year-old Australian bantamweight weighed in for her fight with Bec Connolly on Friday, wearing little more than a leopard-print thong, causing married promoter Eddie Hearn to look away to hide his blushes. 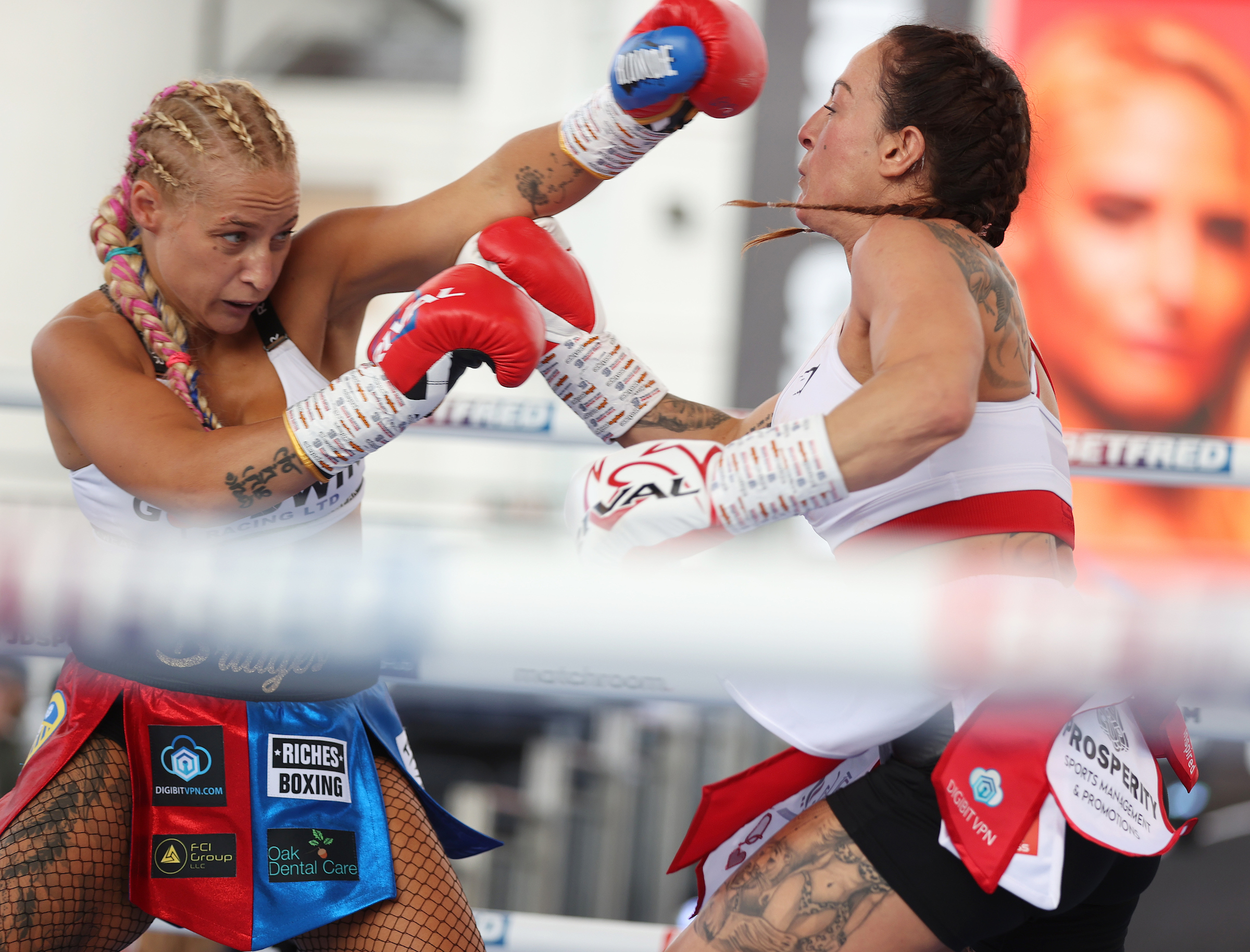 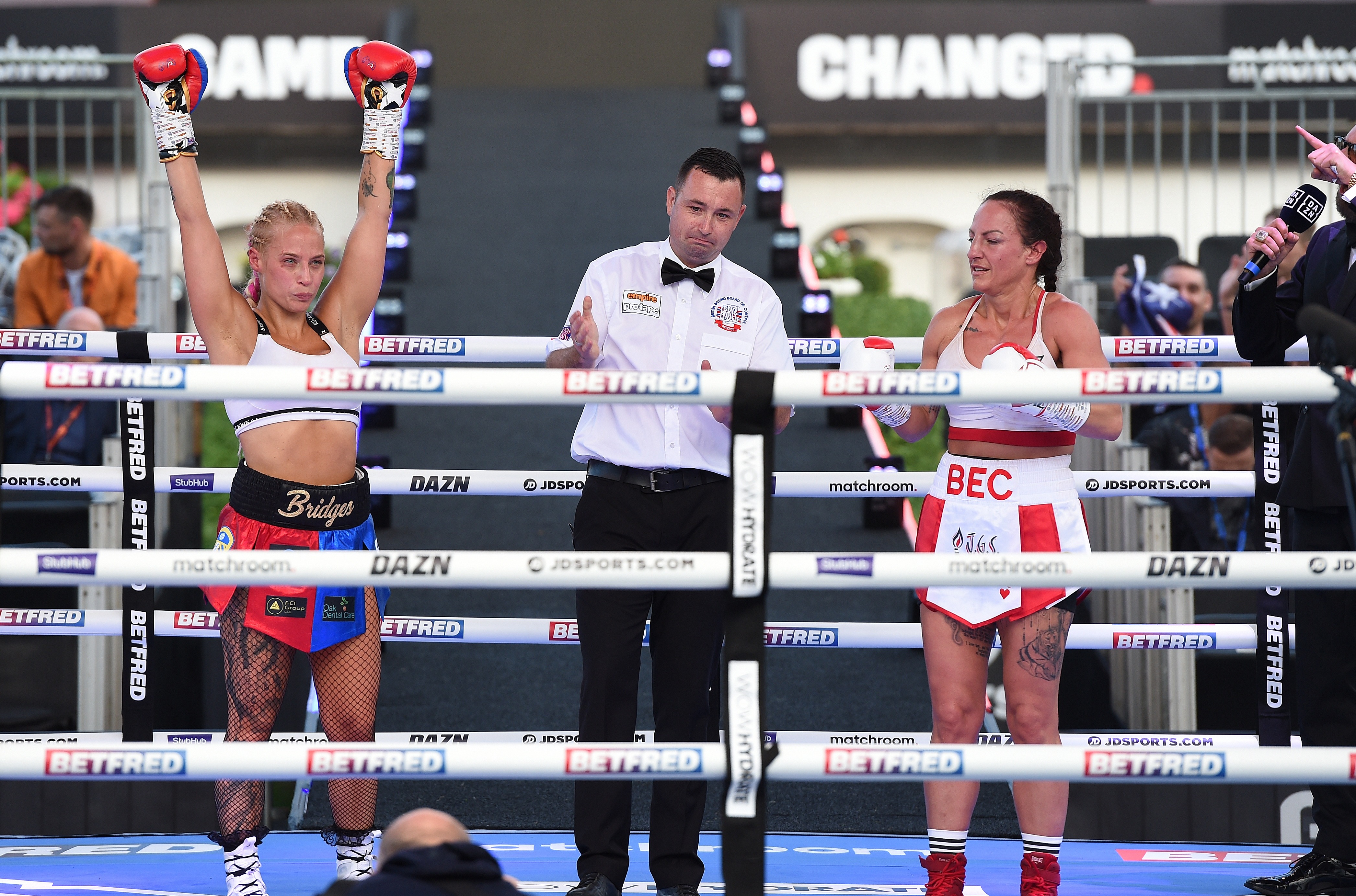 But none of the fight fans watching in Hearn’s Essex garden took their eyes off the action as the Blonde Bomber demolished her English opponent with a third-round piledriver.

Bridges, who lost to Brit ace Shannon Courtenay on points last time out, said: “To be back in the UK and get my hand raised is amazing.

“Thanks to everyone who came to support, I even saw some Aussie flags in the crowd which was great.

“Having the fanbase and social media love is great but without winning I can’t go very far, so getting the win is great.

Having the fanbase and social media love is great but without winning I can’t go very far, so getting the win is great

“I knew I would break her down to the body and then target the head, that is why the right hand stopped her in the end.”

Bridges landed the only serious punch of the opener when a right hand crashed onto Connolly’s cheek.

A clash of heads later in the round caused the Aussie bombshell some discomfort but did not harm her accuracy.

Bridges scored with a couple of body shots in the second and then whipped in an uppercut that rocked the Swindon lady’s head back.

The tattooed pin-up then dropped 37-year-old Connolly with a mean right hand that collapsed her into the canvas.

Connolly bravely beat the count and should not have been allowed to continue.

But the ref waved them on and realised his mistake with the very next punch as Bridges landed and Connolly stiffened up and was saved from her own courage.