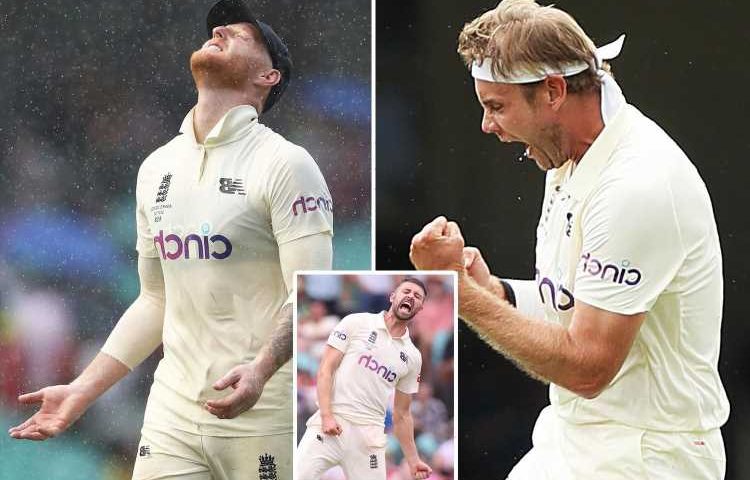 STUART BROAD briefly took himself and England back to happier times when he dismissed David Warner in Test cricket for the 13th time.

Broad had Warner caught in the slips for 30 and, just for a moment, we could have been transported to 2019 when he inflicted all manner of anxiety on the Aussie opener. 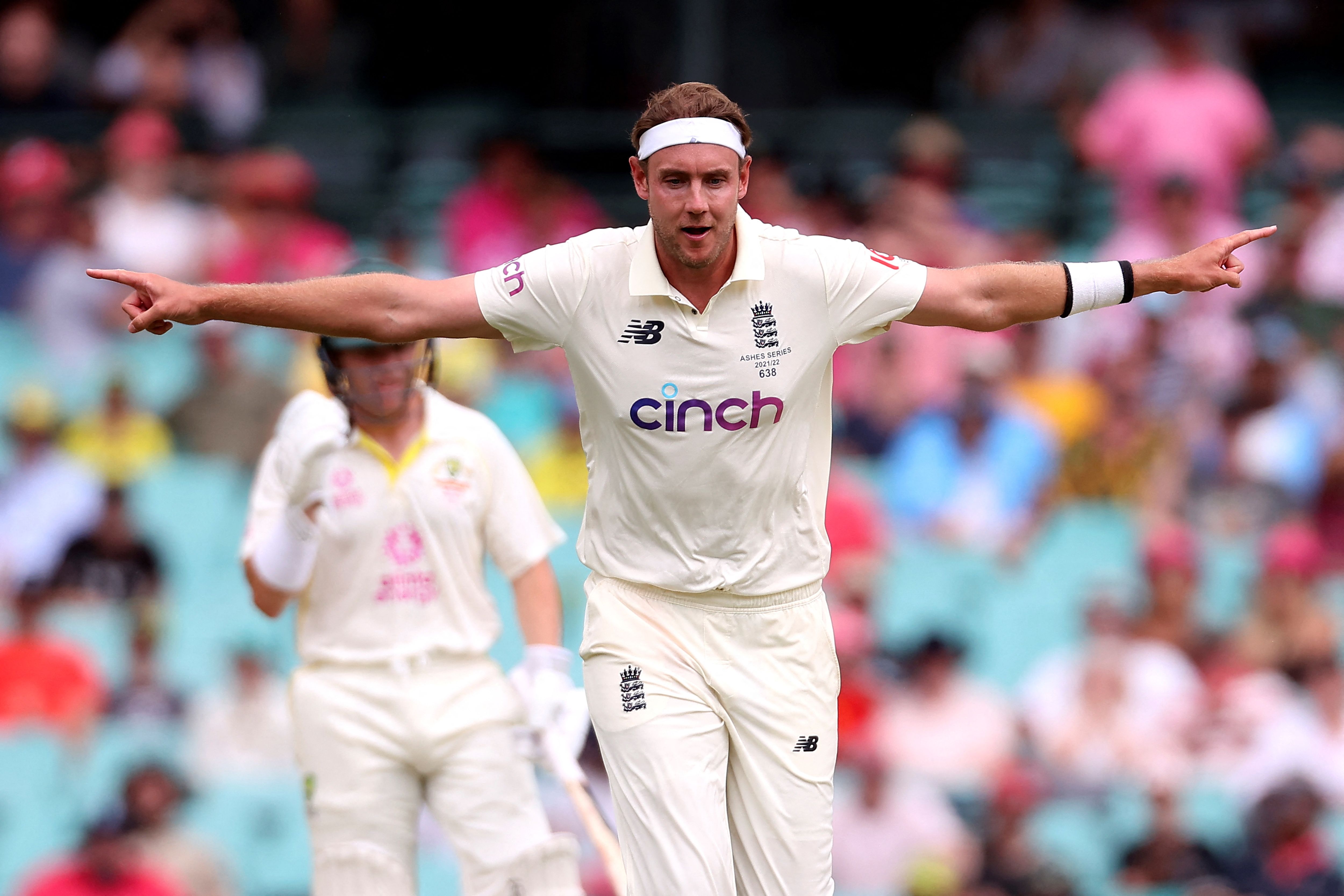 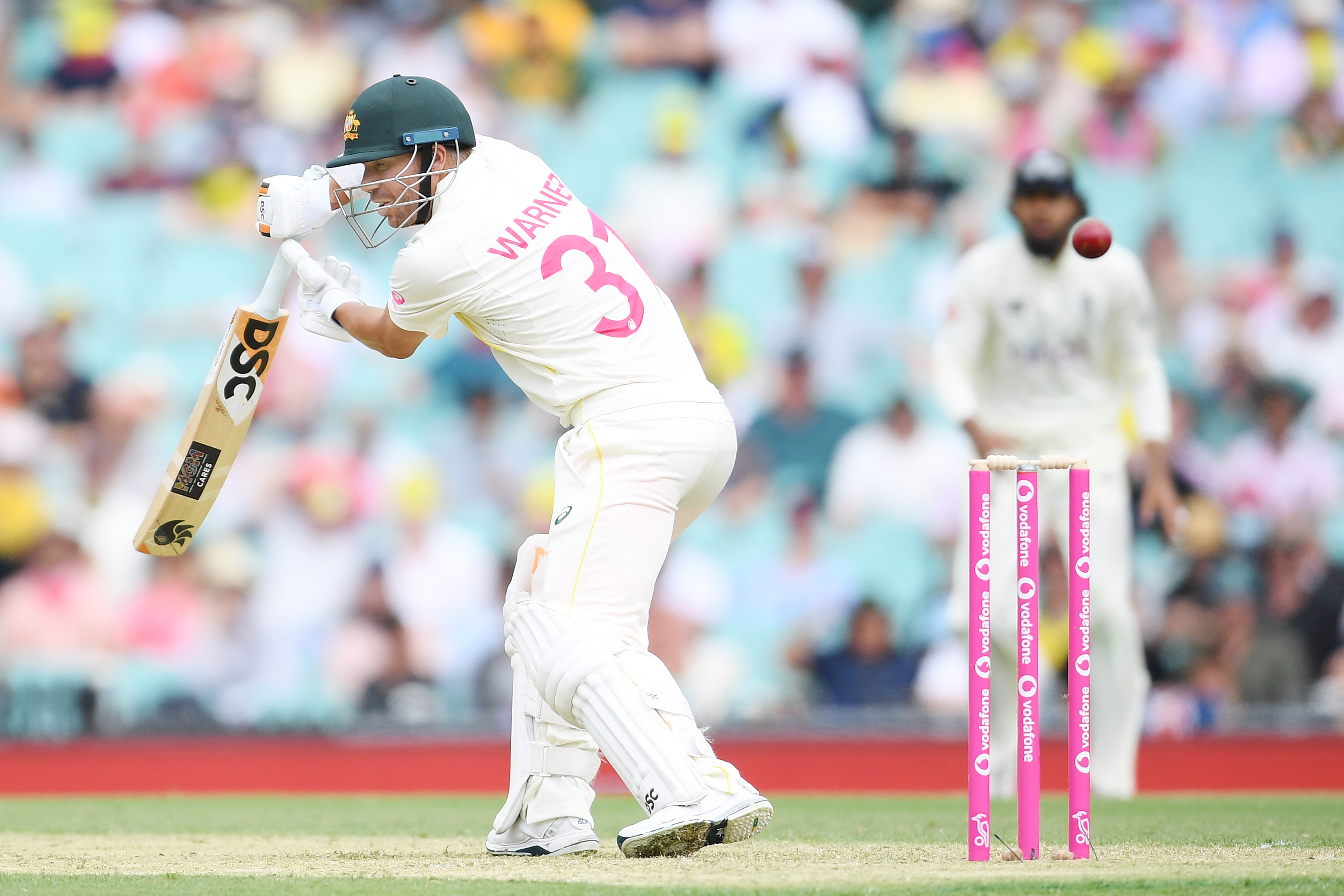 It was a fleeting moment of joy for England amid the wreckage of recent weeks and this is a dead-rubber match, of course.

But England did manage two more wickets before the close of a rain-interrupted opening day of the Fourth Test and could claim to have had one of their better days of the series.

Australia reached 126-3 at stumps and maybe England will be able to avoid a 0-5 whitewash.

The other two wickets came when Jimmy Anderson coaxed an edge from left-hander Marcus Harris and Joe Root held the catch at first slip.

Broad was controversially – and wrongly – omitted from the First Test in Brisbane. 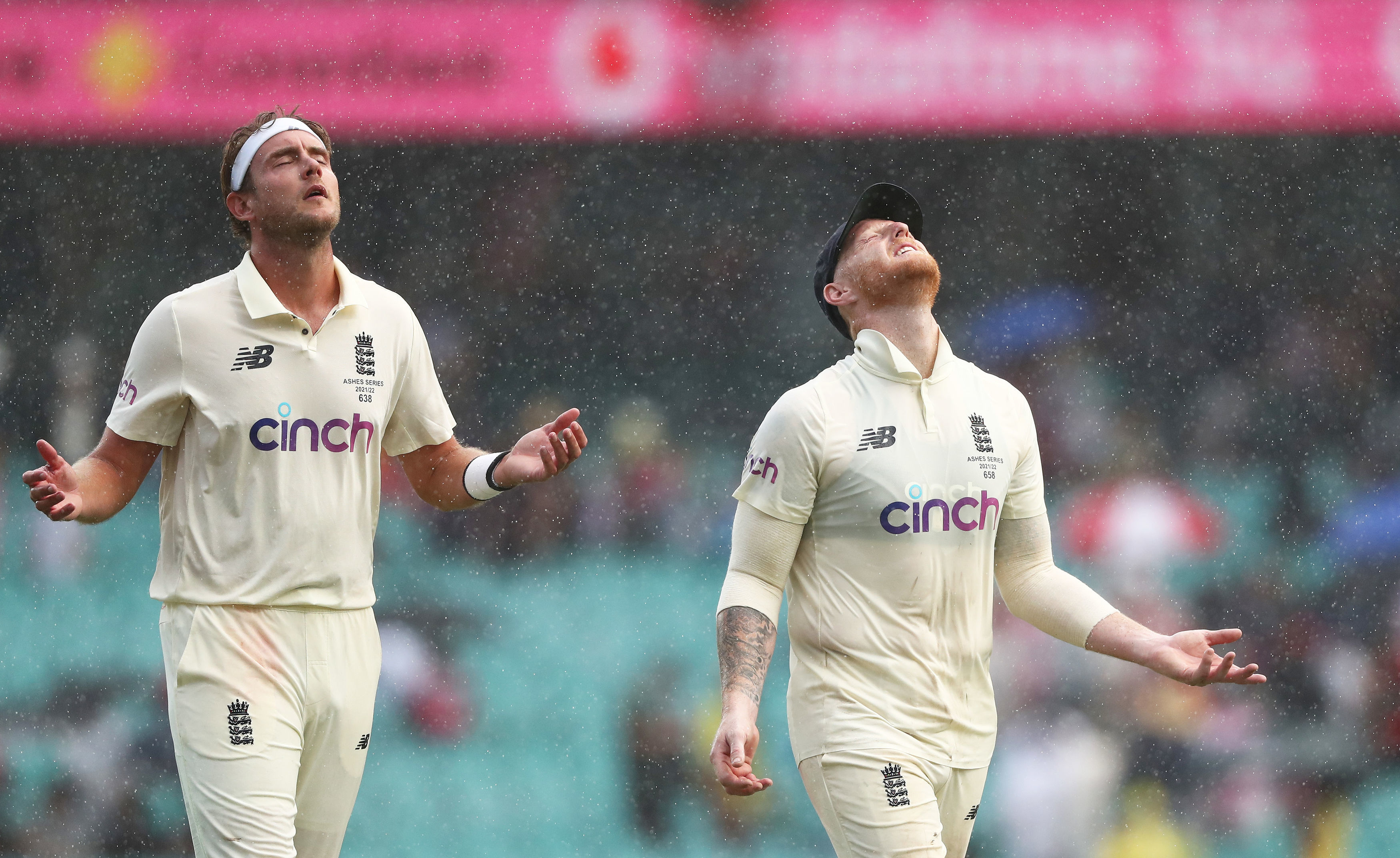 Warner was allowed to find form and confidence without even having to face the bowler who has long been his nemesis.

In fact, Broad played only one of the first three Tests and that was at Adelaide, where conditions gave his seam bowling little assistance.

He has spoken in recent days about his frustration and even hinted that he might need to make a decision about his future as an international cricketer.

Broad could walk straight into the Sky TV commentary box but, if decided to quit, could jeopardise around £500,000 in salary on the remaining months of his ECB central contract.

Aussie skipper Pat Cummins chose to bat first which might have saved Root a tricky decision if he had won the toss.

The match started 30 minutes late because of a shower and altogether play was split into four separate passages due to the weather. 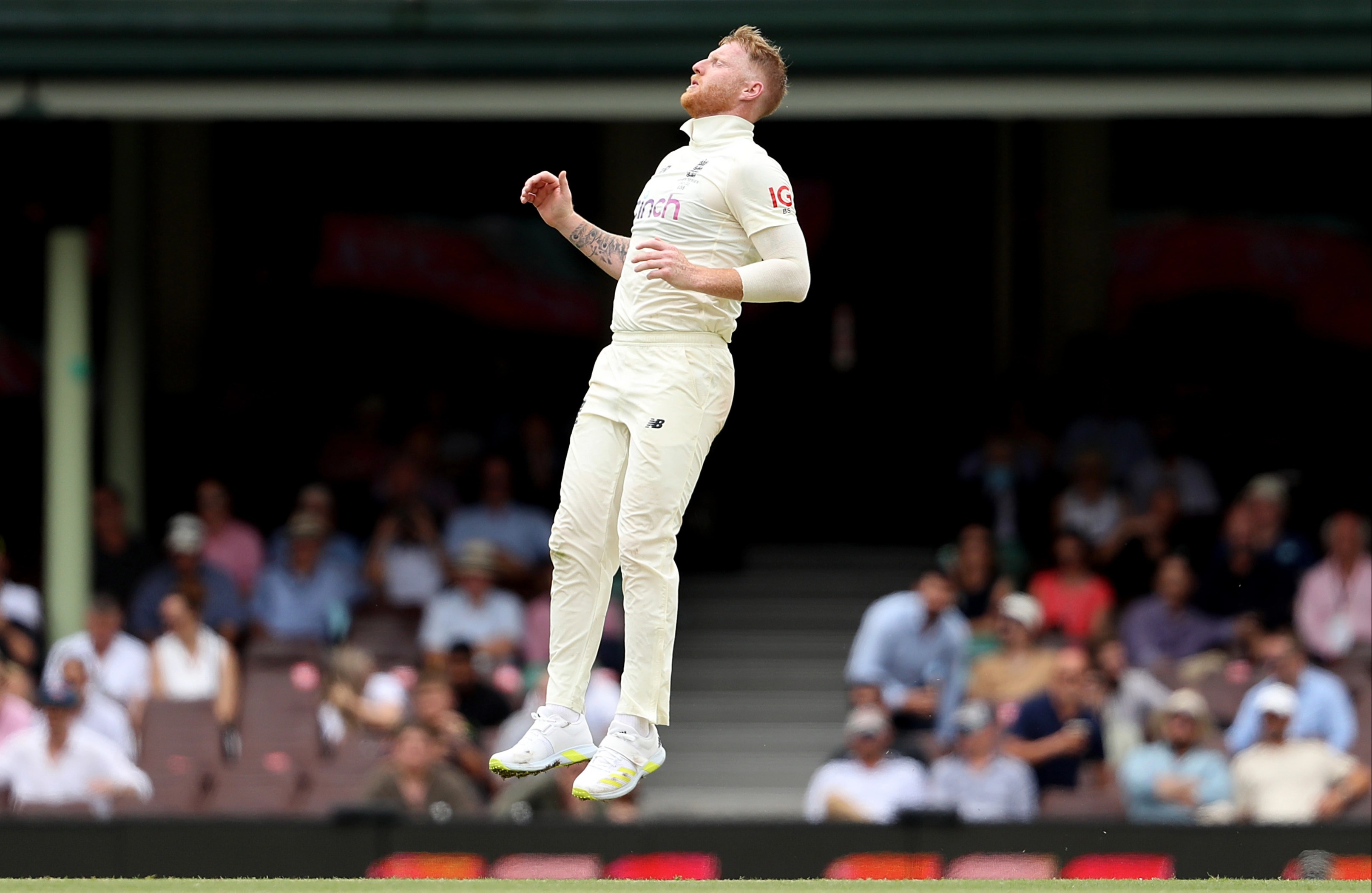 For a while, it looked as though the whole team might have been administered a tranquiliser dart because England took some time to reach full throttle in between the showers.

But Broad got his knees pumping during his second spell and looked very dangerous at times.

The conditions were overcast and moist, the pitch green, but England tended to bowl too short if they had wanted the ball to swing.

Warner edged Stokes just wide of a diving Zak Crawley at second slip and then, two deliveries later, unfurled a cover drive to the boundary. 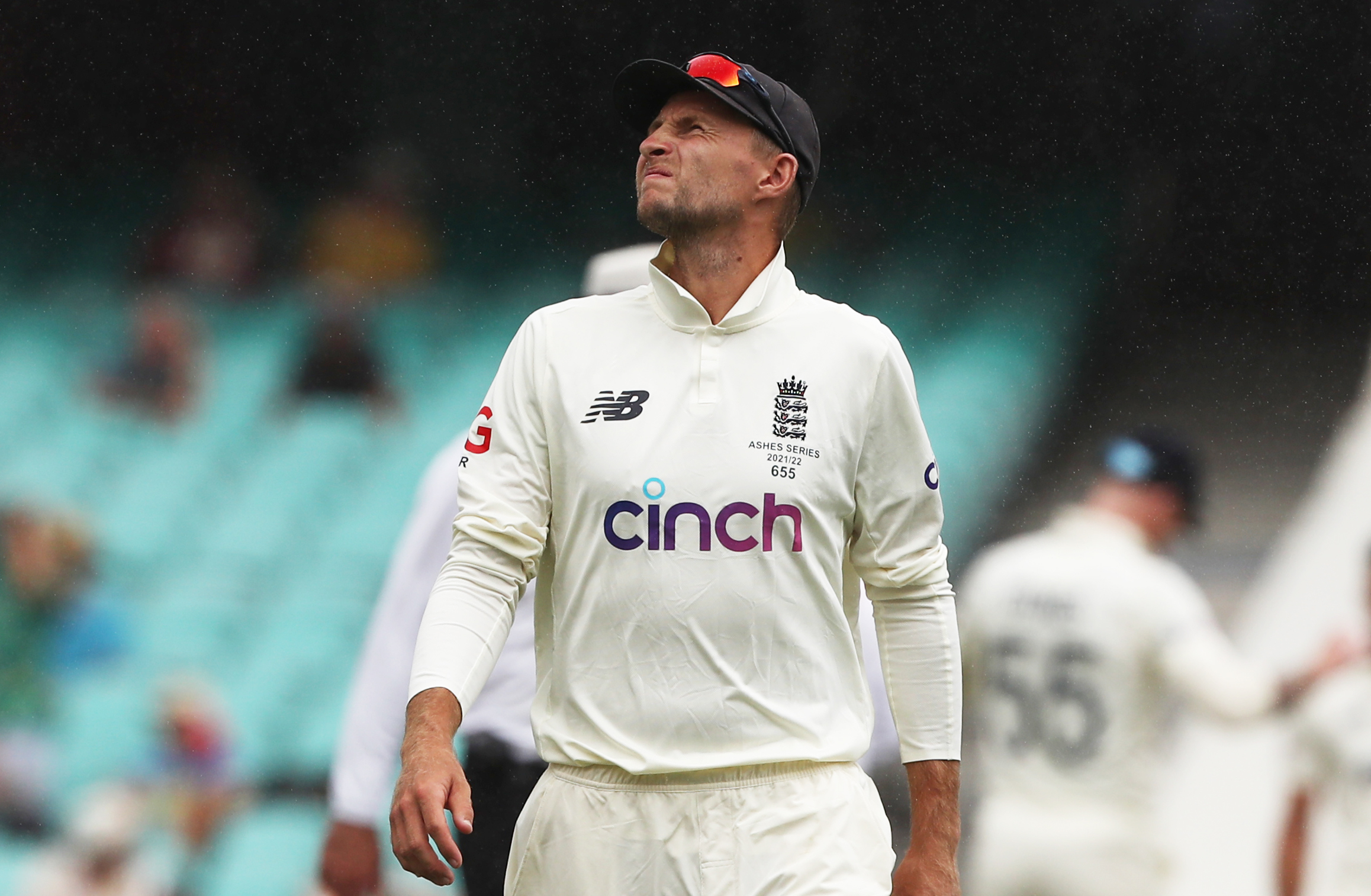 But Broad, from his preferred round-the-wicket angle to Warner, induced an edge and Crawley hung on to the catch.

England had favourable bowling conditions in the evening session, when the floodlights were on and the atmosphere muggy.

Anderson was tidy and Wood worked up a decent lick.

England will need further inroads early on day two if they are to get themselves into a winning position.