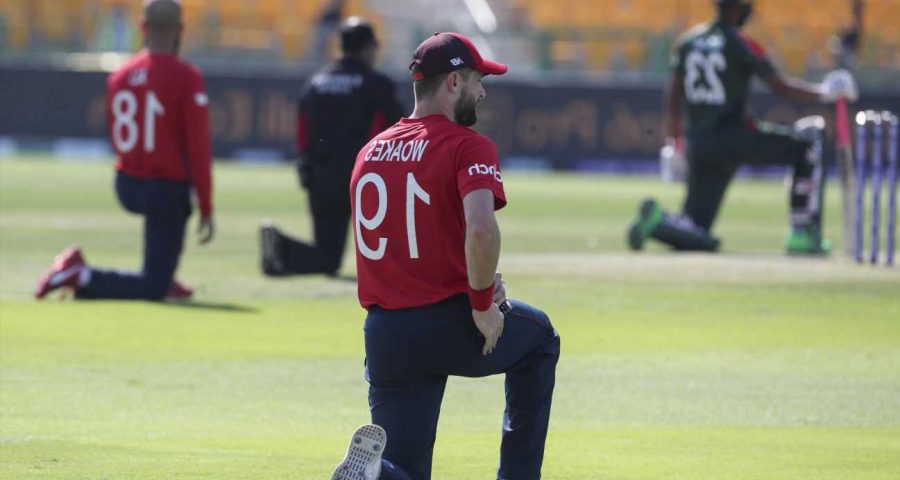 ENGLAND’S T20 stars took the knee once again after cricket bosses banned them from wearing special T-shirts instead.

Captain Eoin Morgan led his side in the anti-racism gesture ahead of his side’s second T20 World Cup clash against Bangladesh. 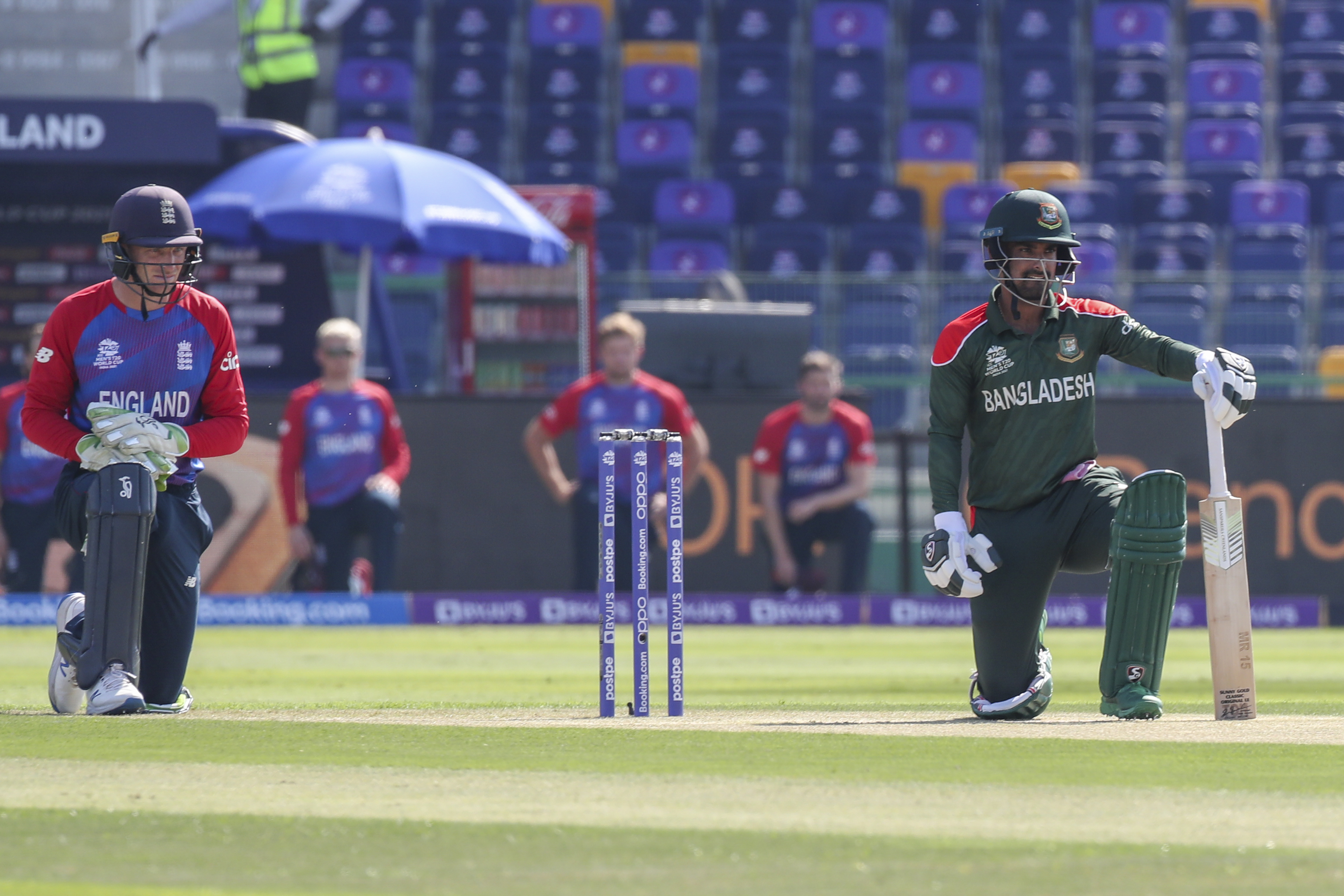 The squad had planned to don bespoke T-shirts in a ‘moment of unity’ with their Super 12 rivals.

But the ICC told them the tops contravened kit regulations, leaving Morgan’s men to resort to dropping to one knee before the opening delivery.

England had already taken the knee in their opening match against the West Indies on Saturday.

For their second fixture the team were due to pull on shirts featuring messages condemning seven different types of prejudice.

But the ICC told them they broke rules preventing ‘messages which relate to political, religious or racial activities or causes’ being displayed.

The incident is just the latest in an ongoing saga of how best to present anti-discrimination messaging at the Abu Dhabi tournament.

South Africa opener Quinton de Kock pulled out of the event altogether after refusing to kneel against the West Indies.

The 28-year-old made himself unavailable ‘for personal reasons’ just hours after Cricket South Africa ordered all players to make the gesture.

He could be risking his international future after CSA vowed to come up with a blanket policy towards the issue.

The governing body said the country's history makes it essential all players adopt a ‘united and consistent stance against racism’.