AIDY BOOTHROYD hopes this embarrassing slip-up to minnows Andorra serves as a warning to his Young Lions for the Euros next year.

His much-changed England team looked to have got away with it on a plastic pitch when supersub Eddie Nketiah struck late to equal Alan Shearer’s Under-21s goals record. 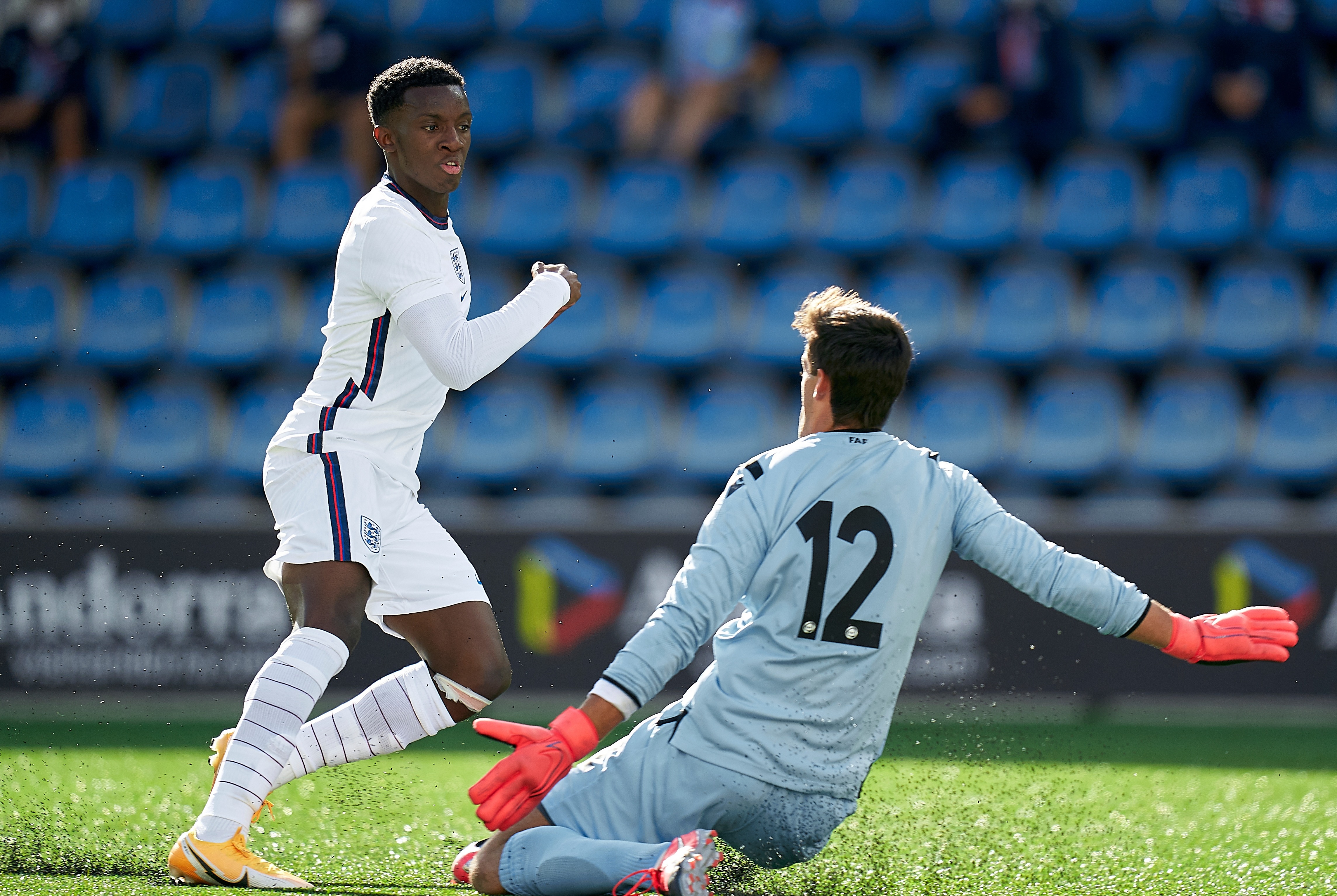 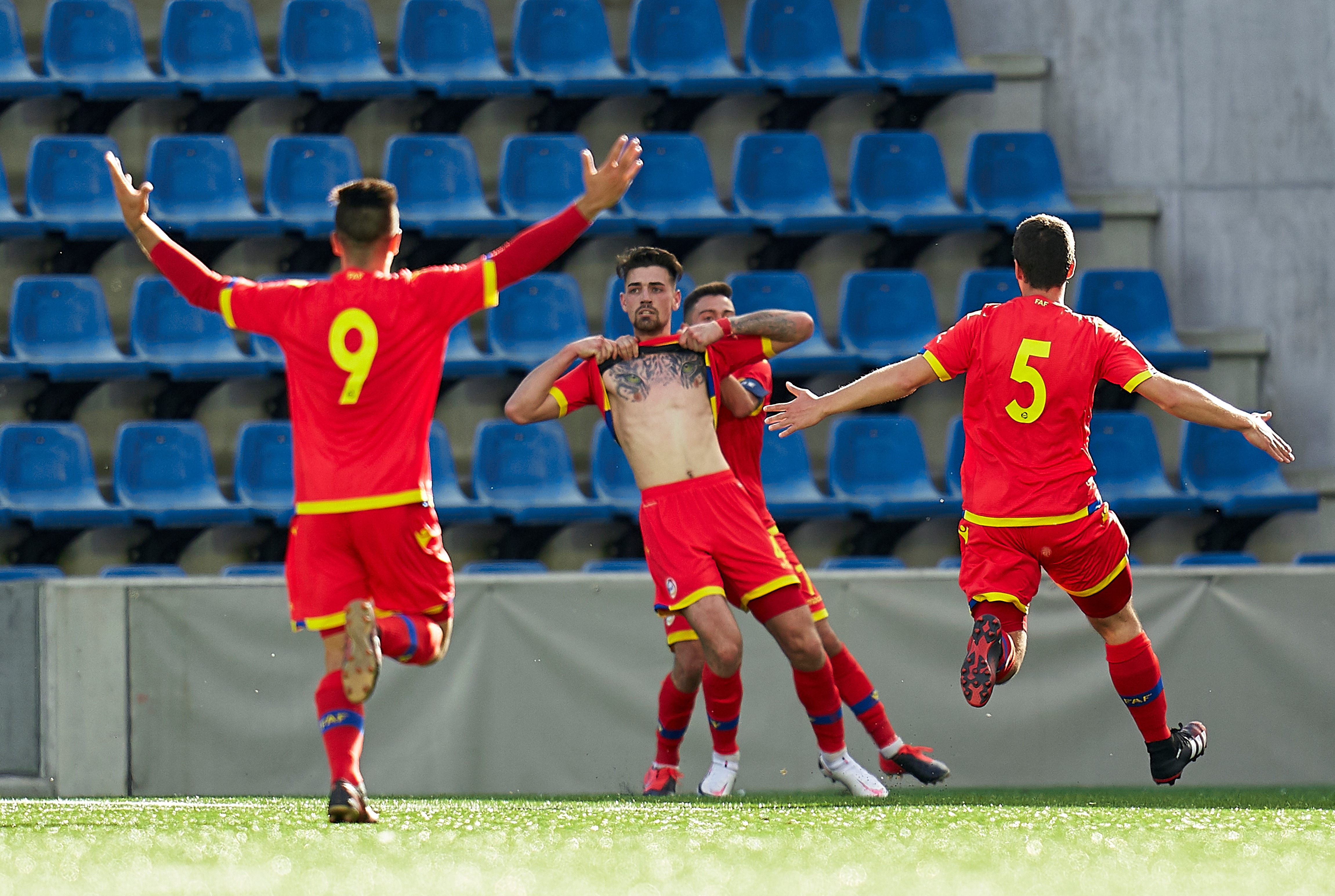 But an injury-time lob from centre-back Christian Garcia meant this proved to be the banana skin Boothroyd had predicted pre-match.

It ended his side’s perfect record in the group but victory over Turkey at Molineux on Tuesday will still seal qualification to the finals.

The ex-Watford chief said: “The result is a warning to make sure we are absolutely bang on every single time we play.

“Couple that with the changes I made, the surface and everything else, the bottom line is we’re expected to win these games as you could see from our opponents’ celebrations at the end.

“They’re lessons for us. I don’t think they’ll be complacent because they’re a good bunch.

“But it’s certainly a referential experience I can use to make sure whoever we play that we’ve got to be absolutely 100 per cent at it, no matter who is playing. 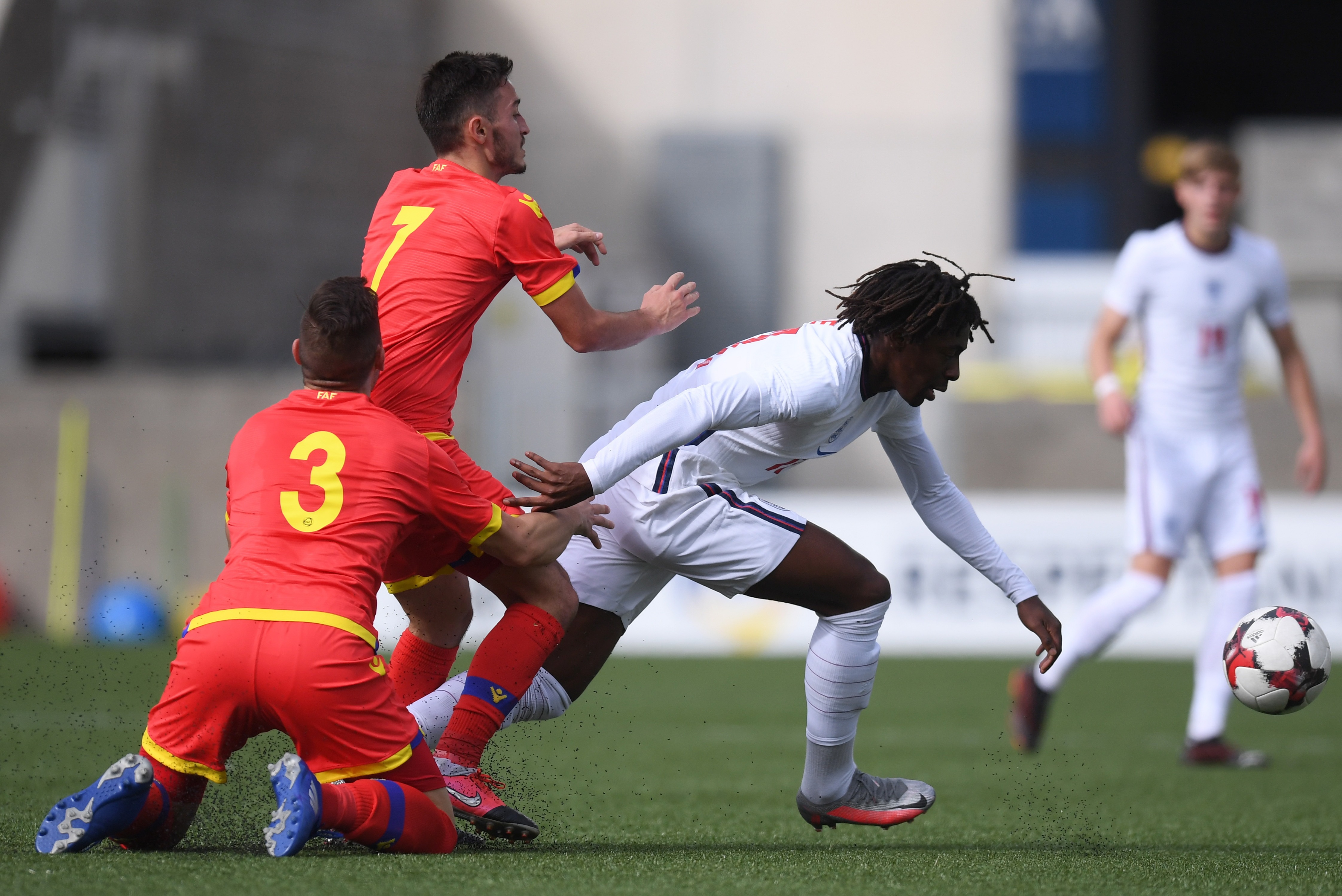 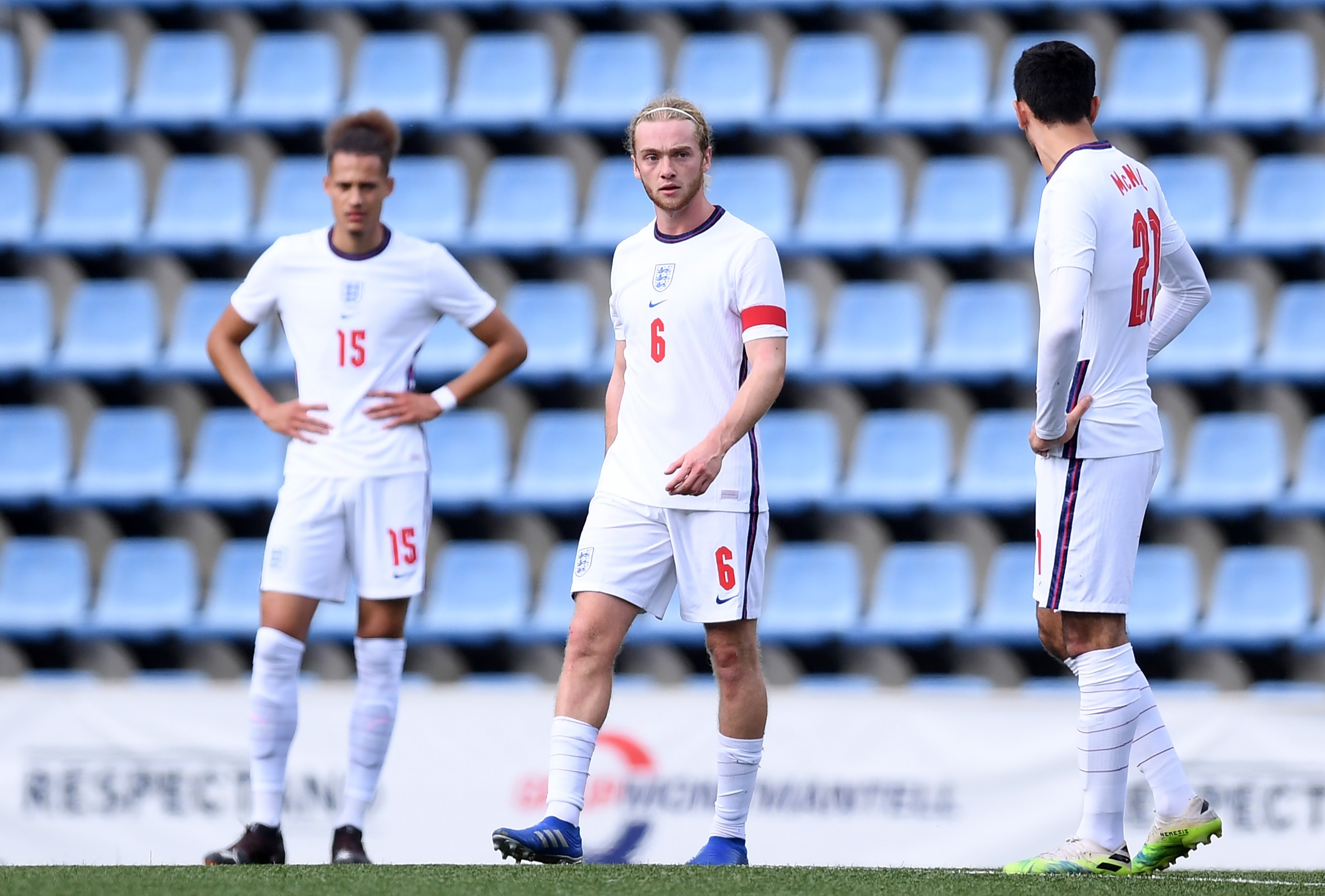 The changes saw his side lack rhythm and they fell behind on 28 minutes when Ricard Fernandez found the corner with a low shot.

Captain Tom Davies restored parity just before the break with a sweet strike from 23 yards into the top corner, before Brentford’s Josh Dasilva tapped home on 69 minutes.

Yet the hosts would not lie down and Fernandez grabbed his second soon after, tapping in after Alex Martinez had struck the bar.

On the Arsenal starlet’s feat, Boothroyd added: “If he can emulate the guy he shares the record with then he will have had a brilliant career by the end of it. But it’s just the beginning for him.”

Yet there was to be a sting in the tail as centre-back Garcia galloped up in stoppage time and cheekily lifted the ball over Aaron Ramsdale to leave Boothroyd’s England red-faced. 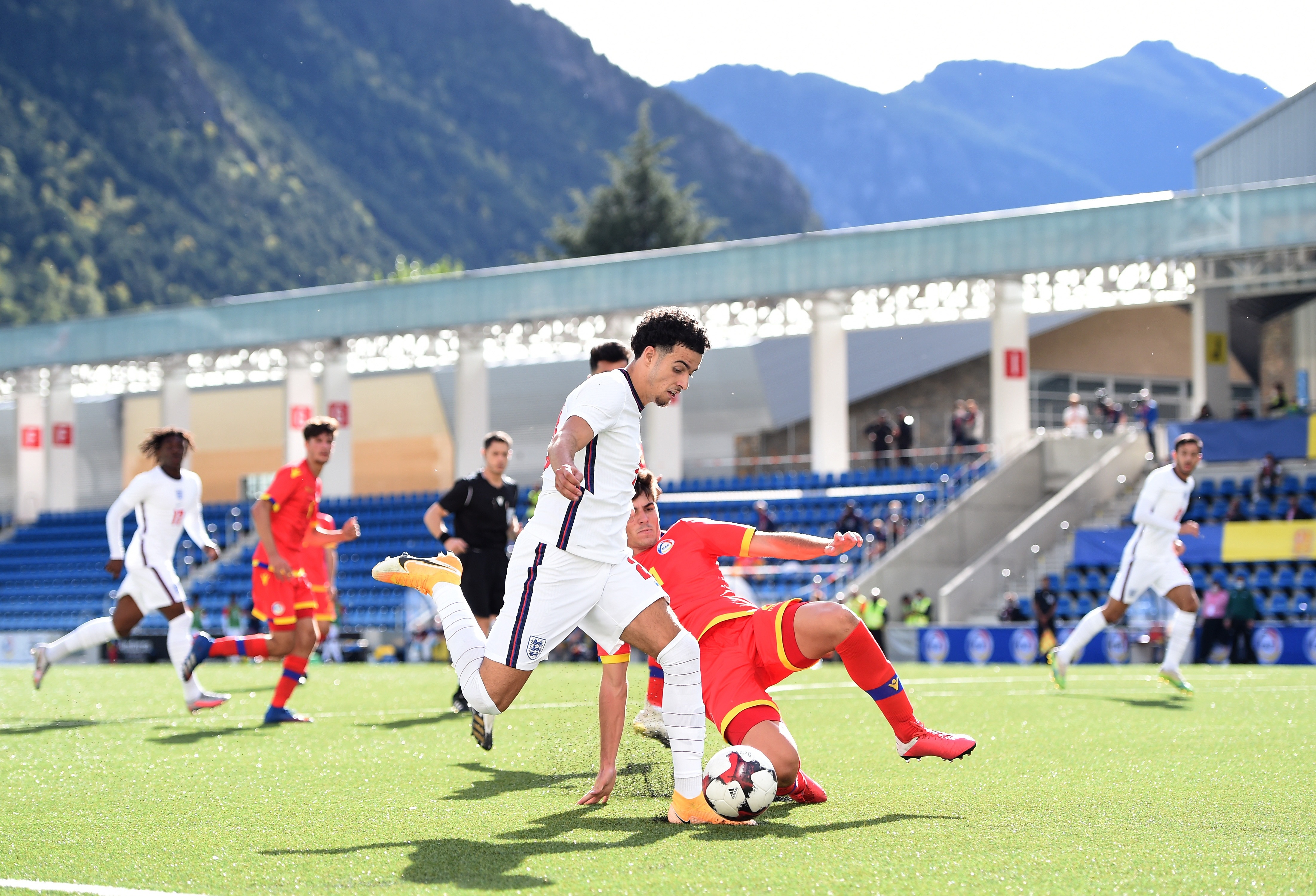