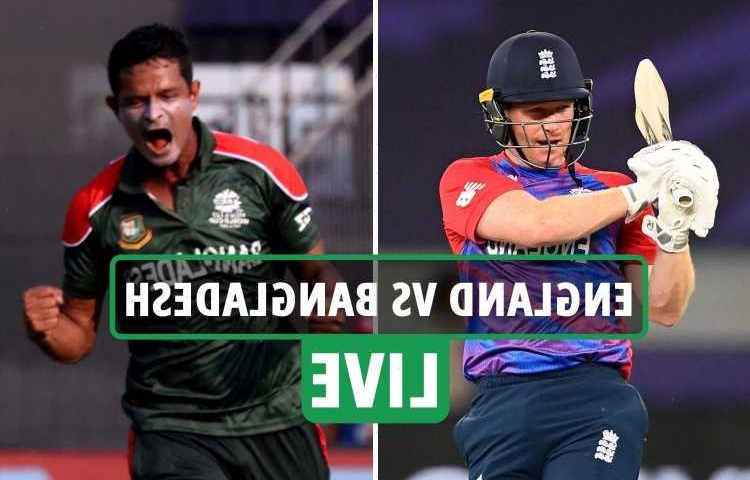 ENGLAND are taking on Bangladesh in Abu Dhabi as they look to take a big step towards the T20 World Cup semi-final.

Eoin Morgan's side got off to the perfect start at the weekend as they bowled West Indies out for 55 to avenge their defeat in the 2016 final.

Bangladesh meanwhile need to get a result today after having a patchy start to their competition.

The Tigers were stunned by Scotland in the first round, meaning they only qualified in second place and were forced to enter this tournament's group of death.

And they then went down by five wickets to Sri Lanka in their opening Super 12 match, leaving themselves with little breathing space if they want to advance to the final four.

West Indies, South Africa, Sri Lanka and Australia are the other teams in this group.