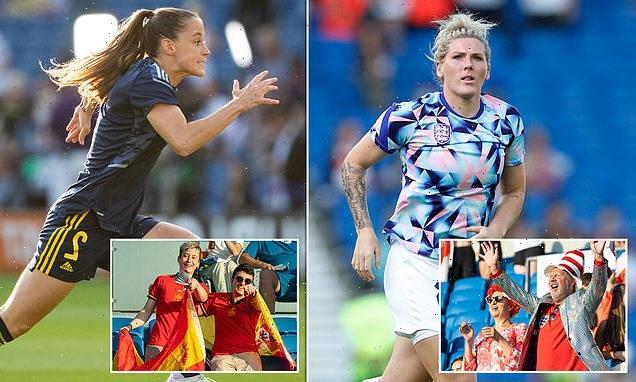 England vs Spain LIVE: Lionesses look to take one step closer to glory in crunch quarter-final as Euro 2022 moves into the knockout stages… with boss Sarina Wiegman back in the dugout in Brighton after negative Covid test

Follow Sportsmail’s live blog for England vs Spain in the Women’s Euro 2022 quarter-final.

Spain will likely dominate the ball as they love to do in the opening stages. But Hemp, Mead, Kirby and White can hurt them on the break.

Stay compact at the start, get the first goal and the Lionesses have got this.

1 – Spain are the opponent that England last failed to beat (a 0-0 draw in February) and are the only side the Lionesses have failed to score against in their 17 games under Wiegman. Wary. #WEURO2022

That’s according to Northern Ireland boss Kenny Shiels. Here’s what he said after the Lionesses’ 5-0 win on Friday.

‘We didn’t play out as much as we would have normally because they’re too good for us, and it would be a massive failure if they didn’t win this tournament. Everybody else should just go home.’

Can England live up to the expectation? 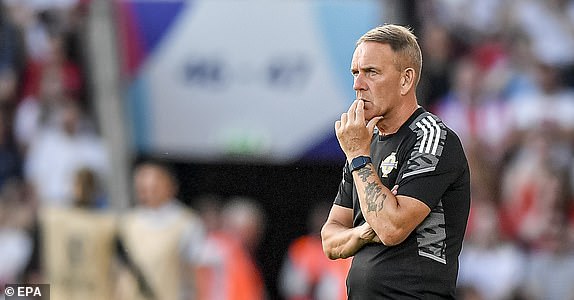 Unbeaten in 17 games and 14 goals in the last three matches. Enjoy the match England fans!

Make sure you bring the noise, #Lionesses fans! 🤩 pic.twitter.com/70xb6UsMDq

And we're ready to go again.

The #WEURO2022 quarter-finals are here! 💥 pic.twitter.com/4Y09rBYCHs

Whoever advances, the winner of England and Spain will face either Sweden or Belgium in the semi-final, who each kick-off at 8.00pm on Friday.

It’s nice to have some decent weather on show when Spain come to town.

The Spanish stars were taking in the Brighton sun earlier today ahead of kick-off.

Carmona, Abelleira, Cardona and Gonzalez come in as Jorge Vilda makes four changes to the side that narrowly beat Denmark. Changing two of the front three makes a statement that one goal in a match is simply not going to cut it in the knockouts.

Sarina Wiegman names the same side that beat Northern Ireland 5-0 on Friday. White keeps her spot up top and Russo will have to settle for a place on the bench despite impressing with a double when she came on last time out.

Some positive predictions from the Arsenal camp!

On their way to the AMEX 🏟⬅️🚗@ArsenalWFC stars are off to support the @Lionesses!#BarclaysWSL x #WEURO2022pic.twitter.com/zCE0NfrTHm

Despite their less impressive form heading into the last eight, Spain should not be underestimated.

Jorge Vilda’s side were the pre-tournament favourites heading into Euro 2022 and with good reason. Their defeat to Germany in their second match of the competition ended Spain’s 24-game unbeaten run and they still managed to qualify with six points in second place.

Of course, La Roja have been hurt by the injuries to Ballon d’Or holder Alexia Putellas and Jenni Hermoso, but the team still excel at keeping the ball and dominating midfield.

They crushed Finland 4-1 in the opening match and kept 74% of possession during the last-gasp 1-0 victory against Denmark.

They may not have the swagger England has at the moment, but sleep on Spain at your peril…

England are no doubt the in-form side of the tournament so far, dismantling Group A with three wins in three.

The 8-0 thrashing against Norway was the highest winning margin in the history of the competition and helped Wiegman’s side smash the previous group stage goals record held by Germany in 2011 as they netted 14 times in Group A.

The comprehensive win was sandwiched between a 1-0 victory against Austria and 5-0 drubbing against Northern Ireland – and the Lionesses cruised into the quarter-finals in top spot with nine points.

England won 5-0 against Northern Ireland without Sarina Wiegman on the touchline on Friday, but they’ll be glad to have her back at the helm against Spain tonight.

The Dutch head coach returned a negative Covid test this afternoon just in time for the match, handing the Lionesses a major boost against La Roja. 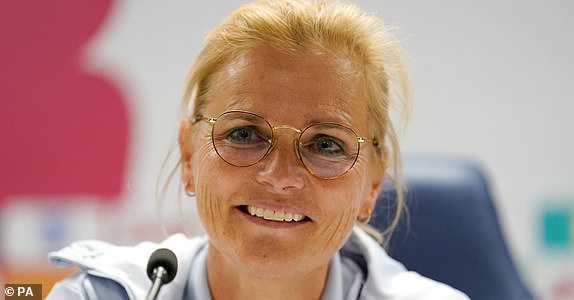 It’s crunch time now for England as the Lionesses face off against Spain in the Euro 2022 quarter-finals.

We’re just over an hour and 45 minutes from kick-off at the Amex but stay tuned for all the latest news and build-up ahead of the biggest match of the tournament so far!