ERNESTO VALVERDE has insisted he still has Barcelona's backing despite their humiliating Champions League semi-final defeat by Liverpool on Tuesday.

The La Liga side surrendered a three-goal advantage to lose 4-0 at Anfield to a Reds side that were also missing Mo Salah and Roberto Firmino. 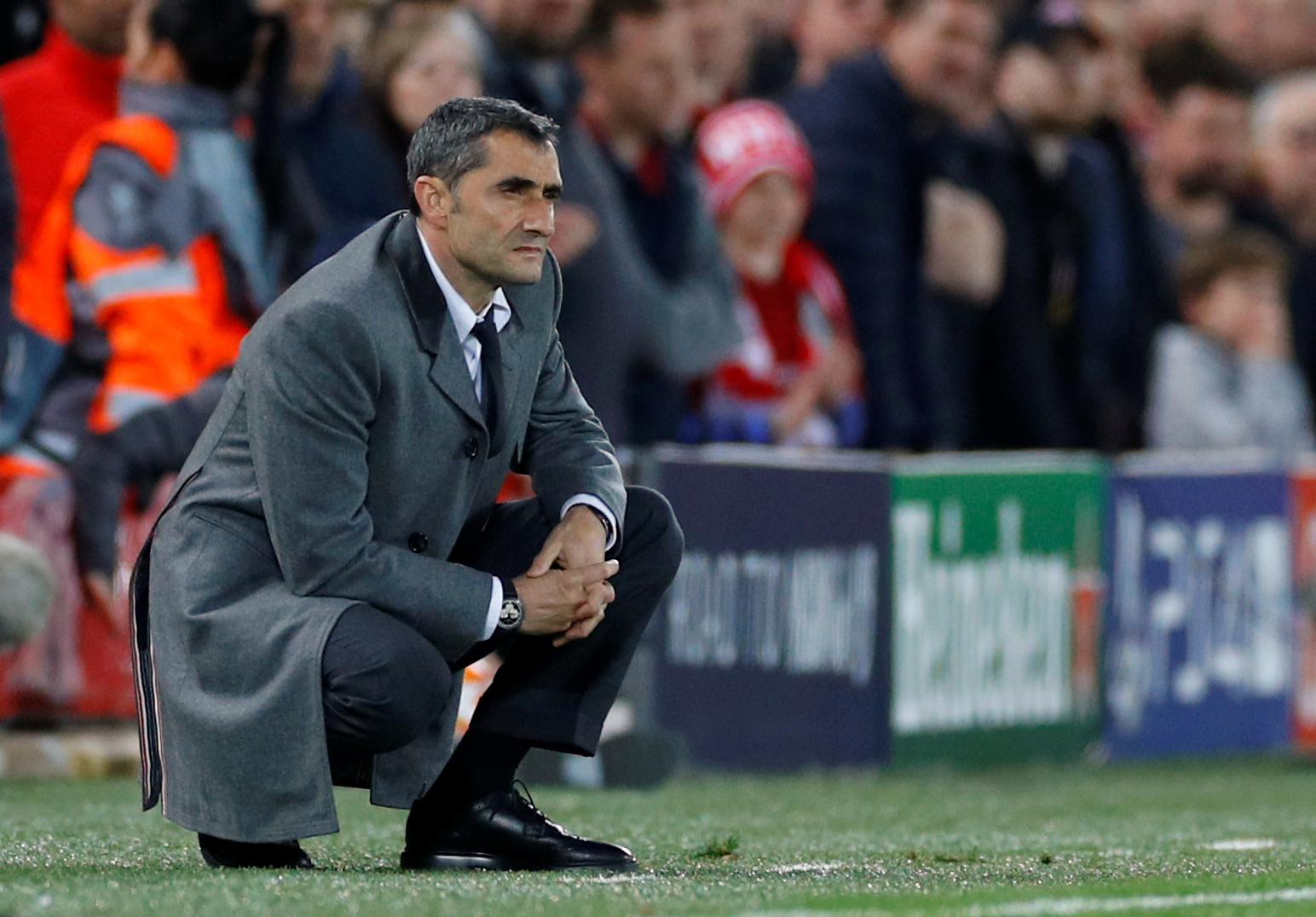 Valverde's side were also humbled last year as they suffered a similar fate when they were eliminated by Roma despite winning the first-leg of that quarter-final tie 4-1.

The 55-year-old was reportedly left on the brink of the sack after a second successive European failure but the manager insisted he's set to stay at the Nou Camp.

Ahead of Barcelona's game to Getafe, Valverde said: "I feel strong, I'm ok and I'm looking forward to taking a step forward.

"I've spoken to the president and I have always felt supported by him and he has given me his absolute backing. When something like this happens it seems like everything is falling apart but we know what this world is like.

"Everyone thinks you should burn everything to the ground at moments like this but you have to put things back in their place."

Barca will face their fans for the first time since the Anfield humiliation with supporters not happy at under-performing stars including Philippe Coutinho and Sergio Busquets.

However, Valverde added: "The fans can demonstrate however they wish to, but whenever you have a disaster like this it's an opportunity for everyone.

"We are all affected by this huge setback but this is our last home game and I see it as a chance to help the team to rise again. We should also try and avoid fighting amongst ourselves, which is what our enemies want us to do."

Valverde had only agreed a one-year extension at the Catalan club in February after guiding Barcelona to back-to-back league titles since replacing Luis Enrique in 2017.

Barca clinched an eighth La Liga title in the last 11 years last month and are still bidding to secure successive Copa del Rey as well when they face Valencia.

However, the Catalans will have to land another domestic double without Luis Suarez, who was ruled out for the season following knee surgery.