JAKE HAGER is making a shock return to the MMA cage next week.

The AEW wrestling star will compete in his fourth professional fight when he battles Brandon Carlton at Bellator 250. 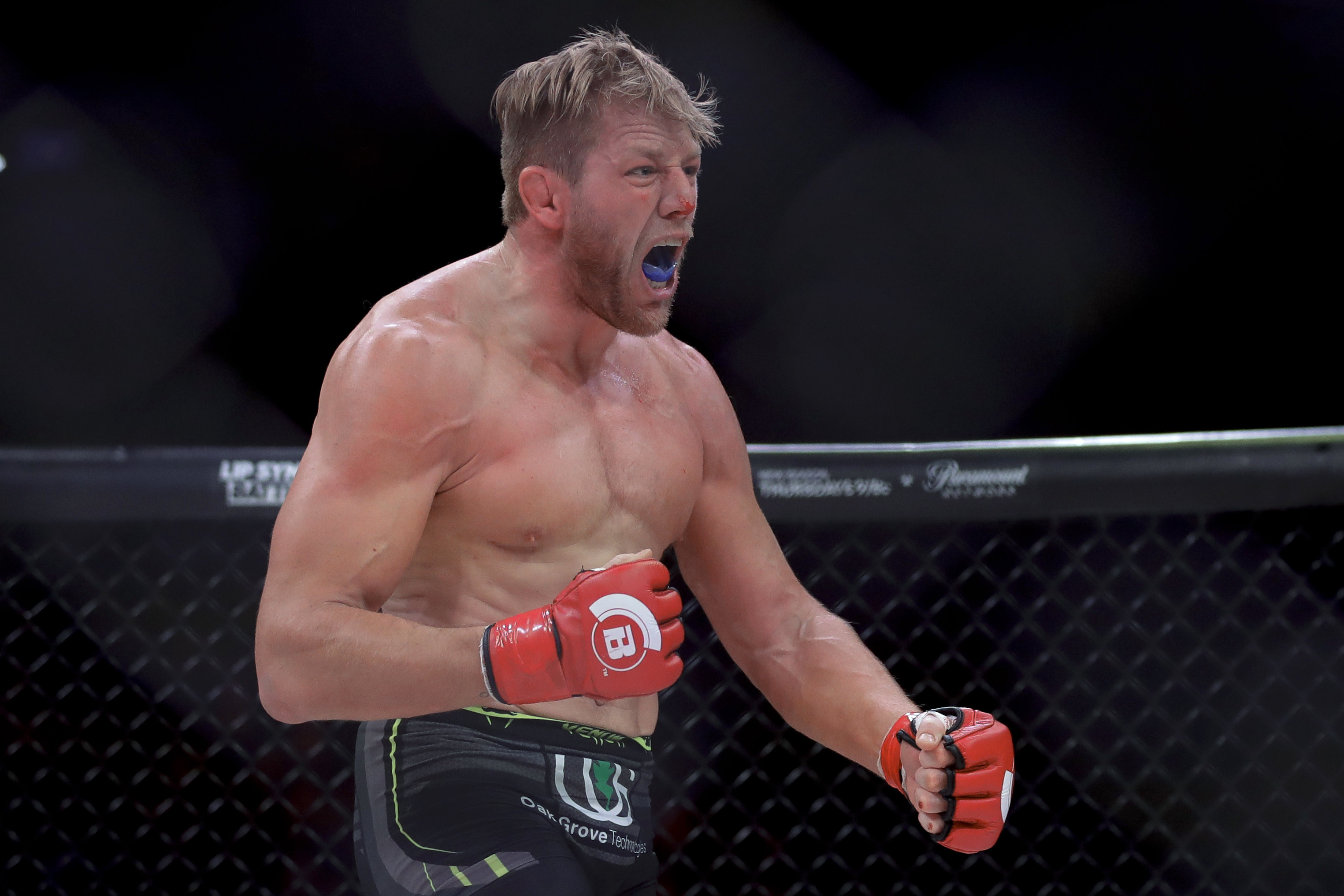 The event takes place at Mohegan Sun Arena in Uncasville, Connecticut and is headlined by a middleweight championship clash between Gegard Mousasi and Douglas Lima.

Hager, 38, is maybe better known to wrestling fans as ‘Jack Swagger’ from his WWE days.

He spent 11 years working for Vince McMahon before leaving to pursue his MMA dream.

Hager remains undefeated inside the cage and will be looking to extend that record against Carlton.

However, his most-recent outing ended in controversial and frustrating fashion for the 6ft 7in former WWE world champion.

His fight with Anthony Garrett at Bellator 231 ended in a no contest after Hager was adjudged to have landed multiple knees to his opponent’s groin.

Despite his upcoming fight, Hager has still been a regular on AEW’s weekly Dynamite show.

He is billed as one of the promotion’s most dangerous men and is part of Chris Jericho’s heel faction the Inner Circle.

Calton is 2-0 as a pro, with both wins coming via TKO this year.