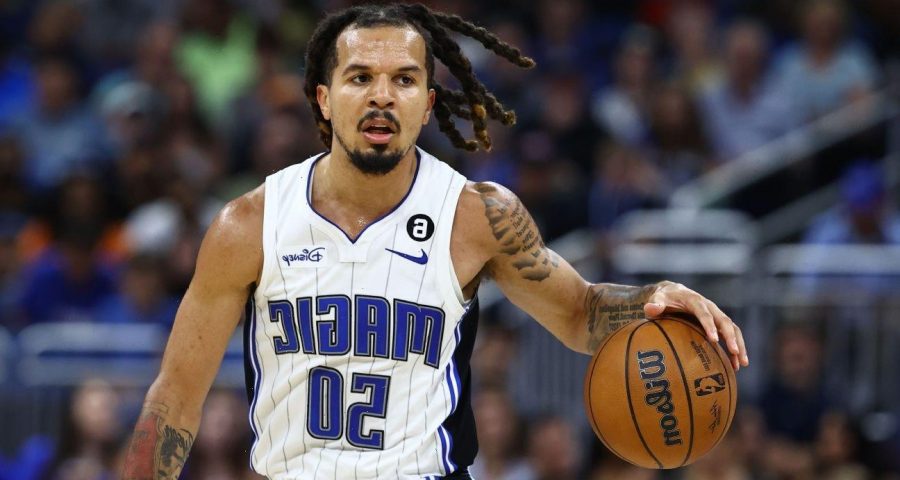 ESPN’s fantasy basketball and basketball betting tips cheat sheet is your pregame destination for basketball betting predictions and our best intel and data to help you make smart fantasy and wagering decisions. NBA game odds for October 24 are provided by Caesars Sportsbook, and fantasy advice is based on ESPN 10-team leagues.

What you need to know for Monday’s games

Smith’s Spot: The Pacers won’t have veteran centers Myles Turner or Daniel Theis available against Joel Embiid and the 76ers in South Philly this evening, vaulting Jalen Smith (49% available in ESPN leagues) into a bigger role. The third-year big just dominated the Pistons on Saturday to the tune of 19 points, 15 rebounds, and three blocks – good for nearly 47 DraftKings points. The winless 76ers sit 26th in rebounding percentage, suggesting Smith is in a good spot to provide value for double-double props and in all fantasy formats.

Last Guard Standing: Orlando guards Gary Harris, Markelle Fultz, and Jalen Suggs have all been ruled out for tonight’s matchup against the visiting Knicks due to respective injuries. This scenario should see Cole Anthony (42% available) play an important role as a key scorer and playmaker for the Magic. Even Anthony’s assist prop (5.5 on DraftKings) looks appealing, as he leads the team with nearly 54 passes and nine potential assists per game through two outings.

Spot Game?: The Jazz and Rockets play tonight, featuring two of the five teams that were projected to win fewer than 25 games this season. Exciting. The casual bettor may look at a 3-0 team facing an 0-3 team and question this basically being a coin-toss game. Don’t be that person. If Houston is going to cash in on this spot, it’ll likely be on the back of Jalen Green crushing his scoring props (first half of last season: one shot every 2.4 minutes, second half: 2.0 and through three games this season: 1.7).

Living On The Edge: Paolo Banchero has been the talk of the league, as the rookie has scored 20-plus points in all three games, averaging 8.7 boards in the process. But is his projected point total a bit too high tonight? The Knicks were a top-10 defense last season and are again this season. While Banchero has been effective, he’s looked like a rookie at times. After going 11-for-18 from the field in the opener, he’s just 12-for-37 since, thanks in large part to 13 3PA (0 in his NBA debut). New York has a pair of bigs and a tough physical matchup for Banchero, making this a potential letdown spot after an impressive start.

Backing Brooklyn: Since the beginning of last season, there have been 40 Nets games with point totals of least 225. The Nets were just 9-17 ATS when favored in those games, but 8-5-1 ATS as an underdog. Furthermore, in six of those eight covers, under tickets cashed. Food for thought as the Grizzlies play their third game (in three different cities) in four days.

Replacing Scottie: Coach Nick Nurse told reporters Scottie Barnes would “miss some time” due to an ankle injury suffered against Miami over the weekend. With Barnes off the floor last season, Pascal Siakam’s usage and assist percentages spiked. Given Barnes’ expected absence, Siakam enters this matchup as a building block in DFS formats and a nice target for passing props, as his assist number is 4.5 on DraftKings. For those in shallower redraft leagues, adding Toronto’s Gary Trent Jr. (26.5% available) is a winning move; he averaged 2.2 more DraftKings points per 36 with Barnes off the floor last season. It’s worth noting Trent’s 3-point prop sits at 2.5, while he just lofted a dozen 3-pointers against Miami on Saturday

Game of the night

Fantasy streamer: Terrence Ross (available in 97.2% of leagues). Ross has stepped up his scoring in the injury absence of Jalen Suggs (in addition to Markelle Fultz). Ross has scored in double digits in all three games, but a huge outing on Saturday has bolstered his season averages to 17.7 PPG, 4.0 RPG, 3.0 3PG, 1.3 APG and 0.7 SPG. With Paolo Banchero, Franz Wagner, Wendell Carter Jr. and Cole Anthony drawing much of the defensive attention, Ross has been able to feast off open looks and imbalance defenses. — Snellings

Best bet: Paolo Banchero over 17.5 points. As pointed out in the open, some day Banchero will have a down scoring game. But, Banchero is the primary scoring option fo the Magic, and is likely to get a large number of shots in every game. I projected him to average 19.5 PPG, and thus far in his first three NBA games he’s averaging 23.3 PPG. His expected points scored on any given night is high enough, now, that he could potentially have a down game and still score more than 17.5 points. — Snellings

Best bet: Jalen Brunson over 5.5 assists. Brunson was brought in to be the primary creator for the Knicks. I projected him to average 7.1 APG this season, and in his first two games he has dished nine and six assists, with zero turnovers. His opponents, the Magic, rank in the bottom third of the league thus far with 115.5 points allowed per 100 possessions, so Brunson and the Knicks should have plenty of opportunities to generate points. — Snellings

Breaking down the rest of the slate

Fantasy streamer: Benedict Mathurin (available in 62% of leagues). Mathurin is not a streamer. He should be universally rostered, averaging 24.0 PPG, 6.3 RPG, 3.7 3PG, 2.0 APG and 0.7 SPG in 28.7 MPG in his first three NBA games. Until he is rostered in the majority of leagues, Mathurin will be a fixture in this space. — Snellings

Best bet: Joel Embiid over 41.5 points+rebounds. Saturday night against the Spurs, Embiid recorded his 27th career game with at least 40 points and 10 rebounds. Since his debut in 2016, he has had 22 such games, one more than James Harden. To earn their first win of the season, the 76ers will rely heavily on Embiid down low against an undersized Pacers frontcourt. So far this season, Embiid has averaged 27.0 points and 13.3 rebounds, so I like his chances. — Eric Moody

Questionable: Kyle Anderson (back)
Note: BPI numbers factored in players who are ruled out but assumes questionable players will play

Best bet: Jalen Green over 23.5 points. Green is coming off the second-worst shooting performance in his last 12 games, scoring 22 points on 31% shooting against the Bucks. Although one positive is that he posted a season high 31.3% usage rate against Milwaukee. In a very exploitable matchup and a game that figures to be high scoring, Green has a strong chance of getting back on track at home against the Jazz. — Moody

Best bet: Lauri Markkanen over 31.5 points+assists+rebounds. So far this season, Markkanen’s versatility has been on full display. It’s early, but his 24.0 PPG, 9.7 RPG and 3.7 APG are all on pace for career highs. It should be easy for him to replicate those numbers against a Rockets team that ranks last in defensive rating. — Moody

Fantasy streamer: Usman Garuba (rostered in 0.9% of ESPN leagues) is firmly on the streaming radar as the Rockets take on the Jazz. Houston will already be without Bruno Fernando and Jae’Sean Tate, and now Alperen Sengun is questionable because of an illness. Garuba averaged 8.0 points, 13.9 rebounds and 2.8 assists per 40 minutes last season. — Moody

Ruled out: Gary Payton II: out (core)
Note: BPI numbers factored in players who are ruled out but assumes questionable players will play