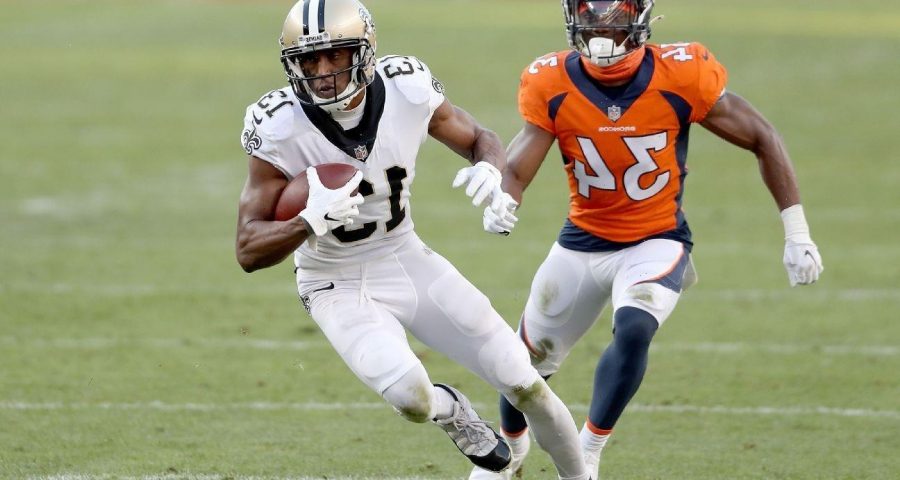 New Orleans Saints wide receiver Michael Thomas was arguably the biggest fantasy football bust of the 2020 season, as he followed up his remarkable, record-setting season of 149 receptions and 1,725 receiving yards with 40 catches, 438 yards and nary a touchdown. Yep, the No. 1 wide receiver in most ESPN average live drafts scored fewer PPR fantasy points than nearly 100 others did at his position, and while he had a darn good excuse with a serious high ankle sprain, still, it happened. No asterisks in fantasy football.

Fantasy managers love their big names and bounce-back options, and Thomas qualifies, but he is also a far bigger risk than most, as we lack clarity on when he will play again. This is a problem. Rather than undergo surgery to fix the torn ankle ligaments when the season ended, Thomas opted for rest. He had the surgery months later in June, frustrating his coach and guaranteeing an unnecessary delayed start to his 2021 season.

Whether Thomas returns in September, October or even later will be one of the stories to follow in the coming weeks, but for those craving clarity, it might not matter. Thomas thrives more on precision route running and excellent hands rather than burner speed, but still, let us repeat the fact that he is already hurt. Even if the surgery fixes everything, who wants to utilize an early draft pick and wait until well into the season for a player who is hardly a guarantee to return to prior statistical greatness? Thomas is a compromised player and, frankly, so may be the offense he once knew.

Future Hall of Fame quarterback Drew Brees retired and left erratic Jameis Winston and Taysom Hill behind. Perhaps this new normal works out for Thomas and star running back Alvin Kamara, but it comes with some risk. The Saints do not want Winston throwing the football 626 times, as he did in 2019 for the Tampa Bay Buccaneers, with 30 of them caught by the opposing defense. Winston is talented, but he is hardly Brees. He is neither accurate nor consistent. Hill had several nice games but rarely threw the football downfield.