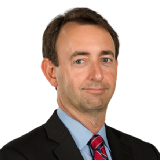 The once-reliable Pittsburgh Steelers offense struggled during the 2019 season as soon as quarterback Ben Roethlisberger hurt his throwing elbow in the second weekend, and he ended up missing the remainder of the games. Mason Rudolph and Devlin Hodges sure tried hard to replace him, but the Steelers finished as an 8-8 team and nobody wearing their jersey caught as many as 60 passes or reached 750 receiving yards for the season. Averaging 186 passing yards per game, second worst in the league, was indeed very un-Steelers like.

As the Steelers enter a prove-it Week 3 contest with the Houston Texans, that sure seems likely to change, as Roethlisberger enjoys myriad talented teammates at his disposal, and the offense is clicking after wins over the New York Giants and Denver Broncos. Separate Steelers running backs have topped 100 rushing yards in each of the first two games, while young wide receivers Diontae Johnson and Chase Claypool join JuJu Smith-Schuster in a solid passing game. Is it possible fantasy managers underrate this offense? After all, Roethlisberger was fantasy’s No. 3 quarterback in 2018, so it is hardly a stretch for him to return to a QB1 level this season.