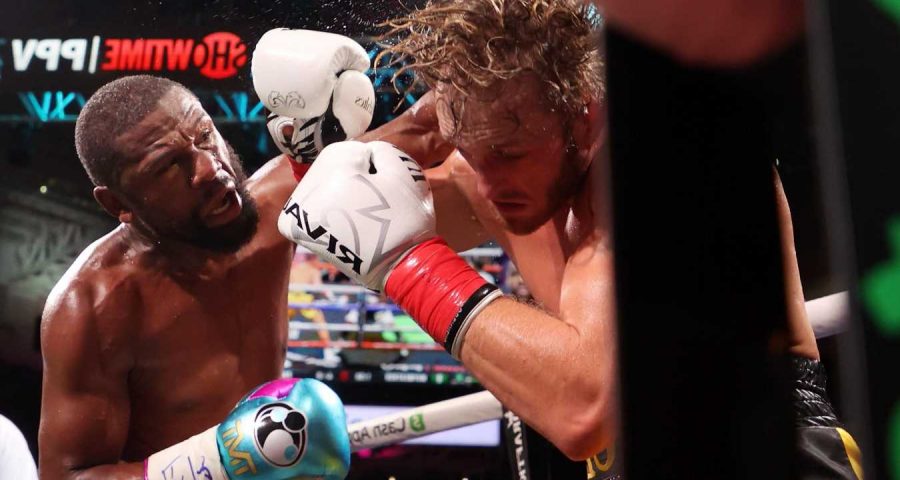 FLOYD MAYWEATHER claims to have pocketed a staggering £72million for his boxing match with Logan Paul.

The former five-weight world champion locked horns with the YouTuber in an eight-round exhibition earlier this month.

Mayweather looked every bit his 44 years as he went the distance with the elder Paul brother, who he desperately tried to stop.

But the Money man's bank balance received a healthy top up after their Miami melee.

Speaking after Gervonta Davis' 11th-round KO of Mario Barrios, Mayweather told the media: "I'm the only person that can do a fake fight and get 100 M's.

Mayweather dubbed his clash with the social media star a 'legalised bank robbery'.

And he's continued to refer to himself as a 'bank robber' nearly a month after the much-maligned fight. 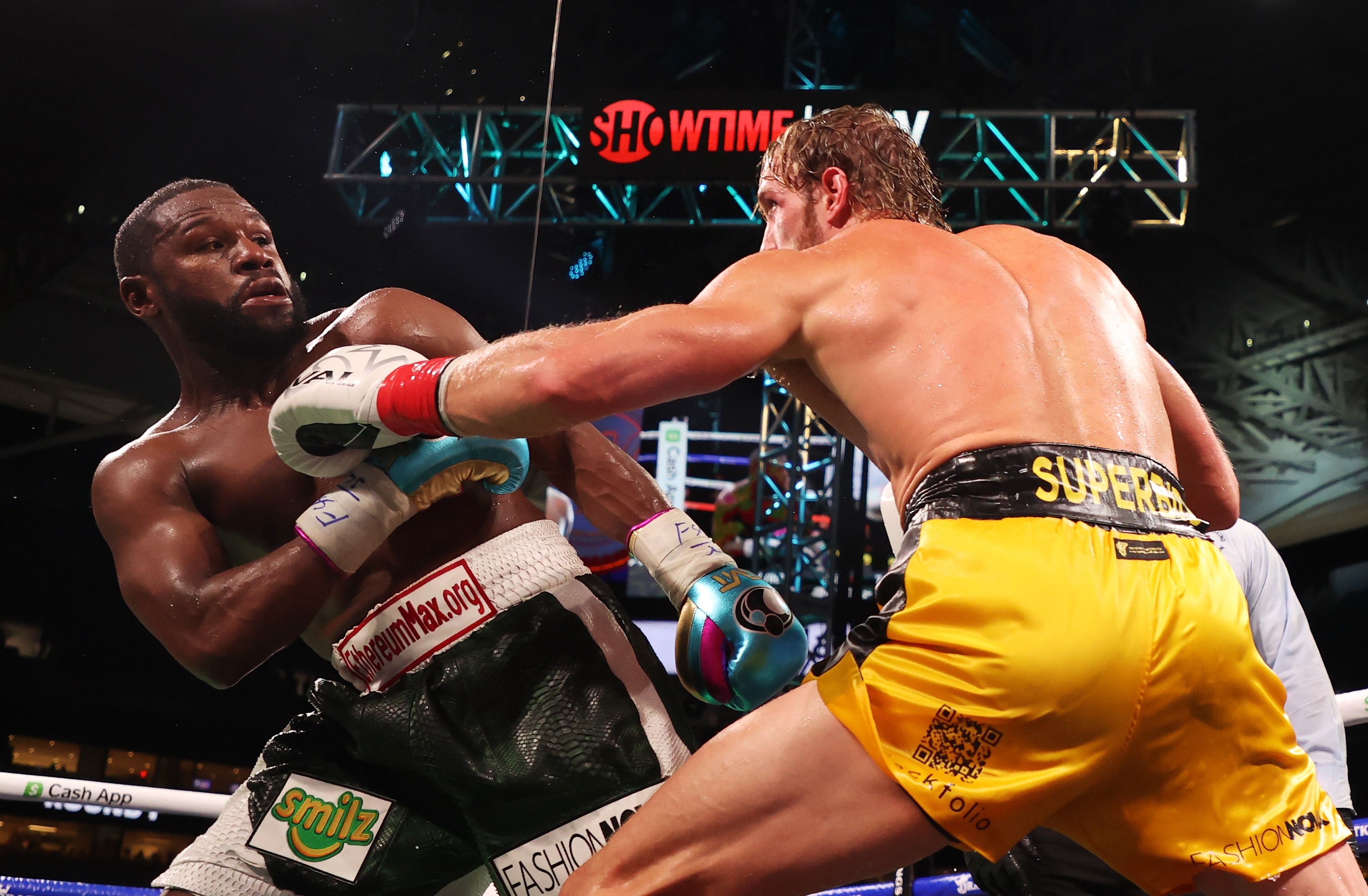 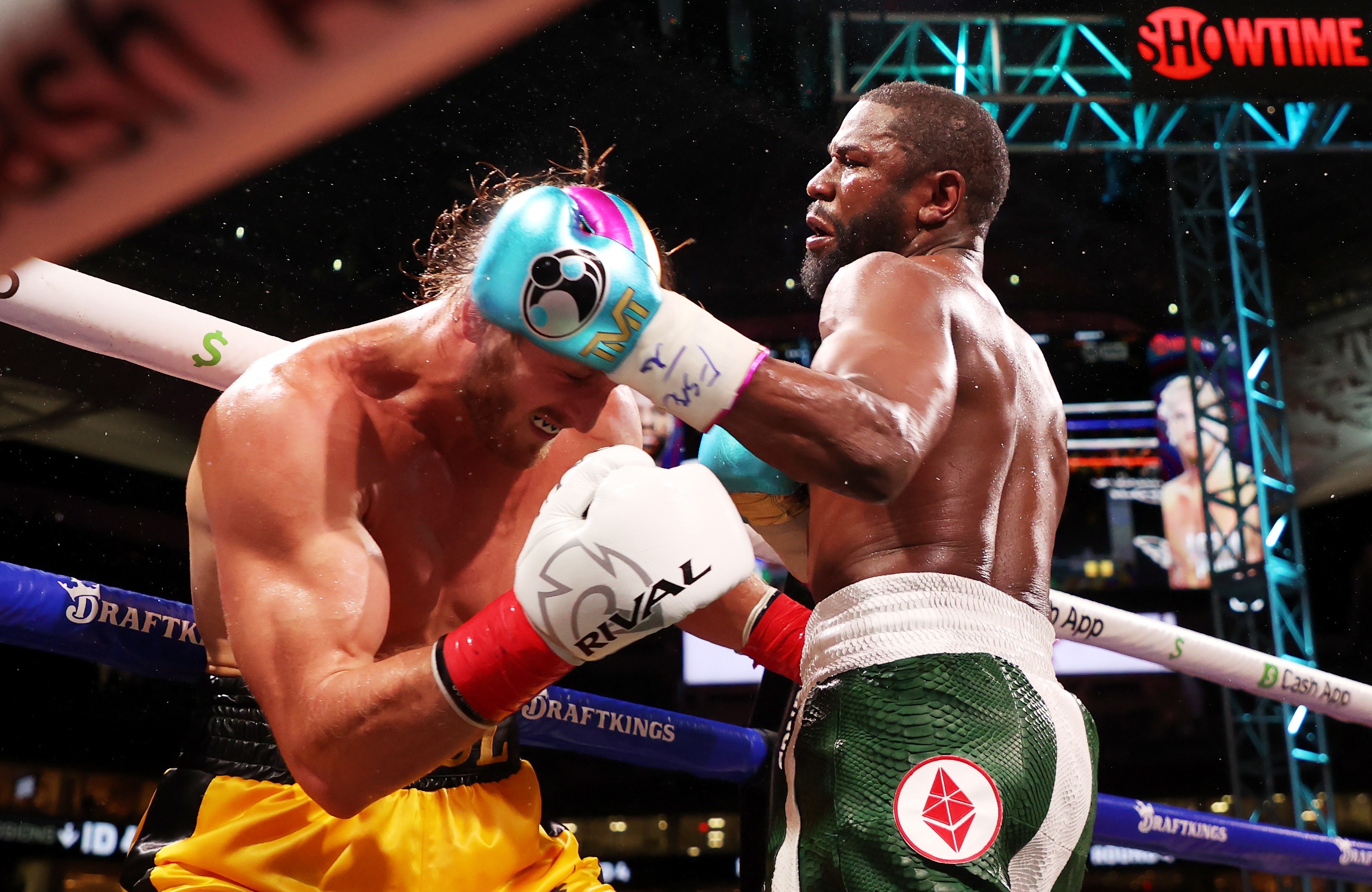 BETTING SPECIAL: GET ENGLAND TO BEAT GERMANY AT 14/1

He asked Mayweather Promotions CEO Leonard Ellerbe: "Am I the best bank robber?

"Because I don't know nobody in the sports that's my age and can still stick 'em up like that."

Despite making a pretty penny for his glorified 'sparring' season with Paul, former pound-for-pound king Mayweather is not sure he'll take part in another exhibition.

He said: "As far as me coming back in the sport of boxing, absolutely not.

"As far as me doing an exhibition again probably not."

Paul, 26, turned in a better display than most boxing enthusiasts expected – including Mayweather.

In his post-fight interview, the Olympic bronze medallist said: "I had fun.

"But it's good to move around with these young guys, test my skills – just to have some fun.

"[He was] a great level fighter. Strong, tough. He's better than I thought he was."