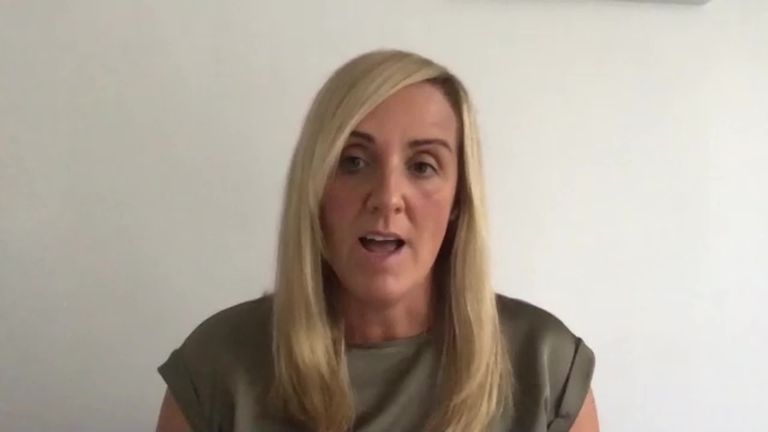 Tracey Neville introduces the Baby to Baller series which aims to encourage and enable women to get active again after having a baby.

Neville, who led England to Commonwealth Games gold in 2018 and bronze at last year’s Netball World Cup, had her first child in March.

Baby Nev was born two days before England went into full lockdown and with Neville’s partner Michael being a key worker and going into work every day, the early weeks and months were a difficult time for the former England head coach.

Speaking to Sky Sports at the end of March, Neville said on one evening the emotion of it all became too much and she broke down in tears at home.

“If I have a sleepless night with Nev, no one can come around and relive me for an hour so that I can have a sleep,” she said at the time.

“I know that sounds really selfish, and I know that there are a lot of people in more challenging situations, but I did just feel really sorry for myself.

“I was also thinking that we’ve gone through all of this to have a baby and share him with our families, and now they can’t even see him.”

Support, interaction and a self-worth are three things Neville believes new mothers had taken away from them during the strict lockdown period in England.

For many, Neville included, exercise and netball is a way of helping to connect with themselves as an individual and can help to boost morale and energy.

However, the ability to just flick the switch and get active is not that easy for new mums, and that’s why Neville has connected with Vitality for the Baby to Baller series.

“During this particular period with COVID-19, like myself, a lot of new mums have really struggled. They’ve struggled not only to look after their babies, but also to get out there and get active,” she said to Sky Sports News.

“The major thing for me was that netball wasn’t about losing weight; it was about the social [side], the mental well-being, being with my friends and having fun.

“That’s why this campaign is all about trying to get women active again and inspire them to pick up a netball. Netball is something that’s been a huge part of my life and it’s something that I’ve missed during this particular period.

“People talk about getting active and getting to the gym, but they don’t talk about what you do with your baby,” Neville continued.

“There’s no one to look after your baby [while you exercise] and also, a lot of mothers are pretty anxious over this particular period about the safety of their baby and putting him or her into childcare.” 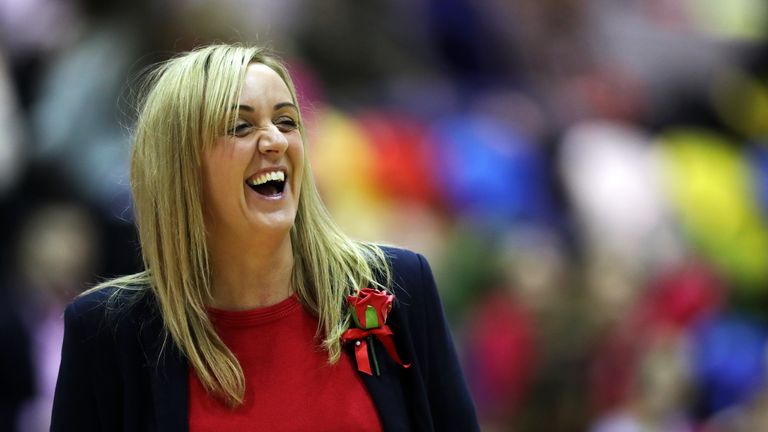 Netball is still in the early stages of returning so hopefully we can get a lot of new mums back into netball and inspire a new generation.

With this new series, going to a sports centre is not required and instead, the six-week programme will be shared on Vitality’s Instagram channels.

“You need yourself, your baby and a ball,” Neville said.

“Hopefully we can involve a lot of new mums and we can inspire a lot of their children to be active as they start to grow up and be part of something with their mums.”