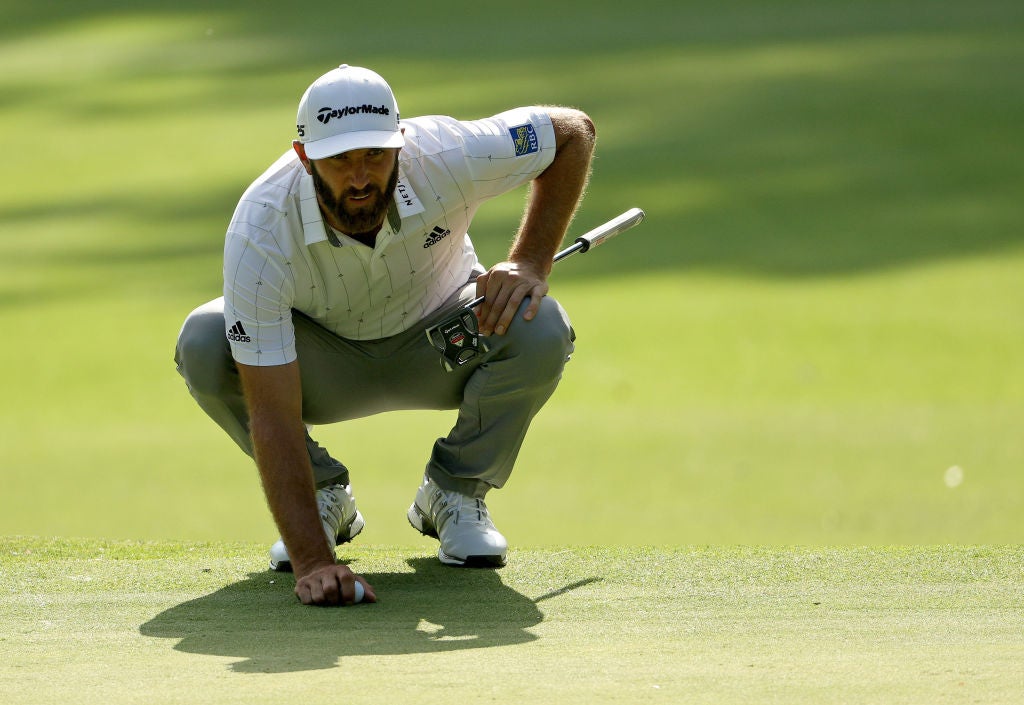 The only player who even came close to matching him was, in fact, Rory McIlroy. The Northern Irishman’s hopes seemed all but extinguished after a sorry opening round. But after what has become an all too familiar curse, then came a typically brave display of resilience. A terrific fightback on Friday hauled him just about into contention and his momentum continued on Saturday, a 67 dragging him into the top-10 at least.

There will be no repeat of last year’s Lazarus-like comeback for Woods, though, who woke at 3:15am to begin preparations for the latter stages of his second round. The defending champion was not quite a spent force, but was certainly jaded and moved a little gingerly as a long day wore on, a level-par 72 leaving him at -5.

It is not to be Woods’ story this time, but the end is starting to be written. Johnson has been infallible and there can be no qualms over his firm grip heading into the final round. With such a dominant lead, he has the chance to reduce Sunday’s drama to something strangely routine, but if history has taught us anything, there are few places as prone to sudden twists of fate as Augusta.