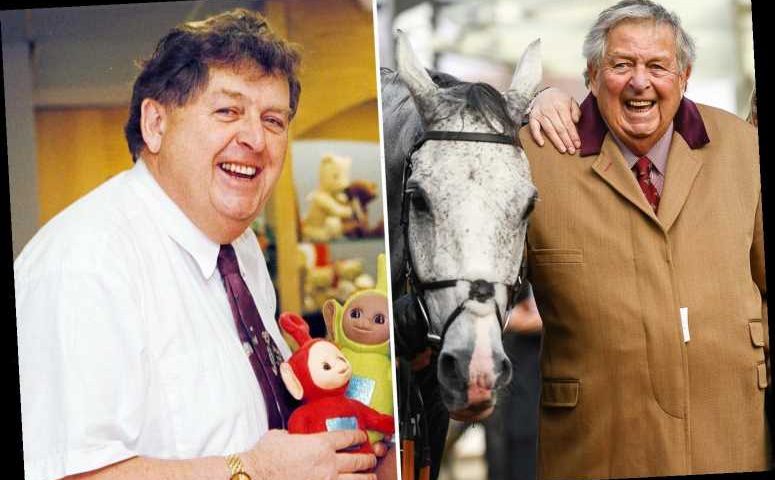 SO you spend hundreds of thousands on a horse, thousands more to keep it in training.

And then that star is heading to the Cheltenham Festival as the reigning Queen Mother Champion Chaser. Every owner in the world would be over the moon. 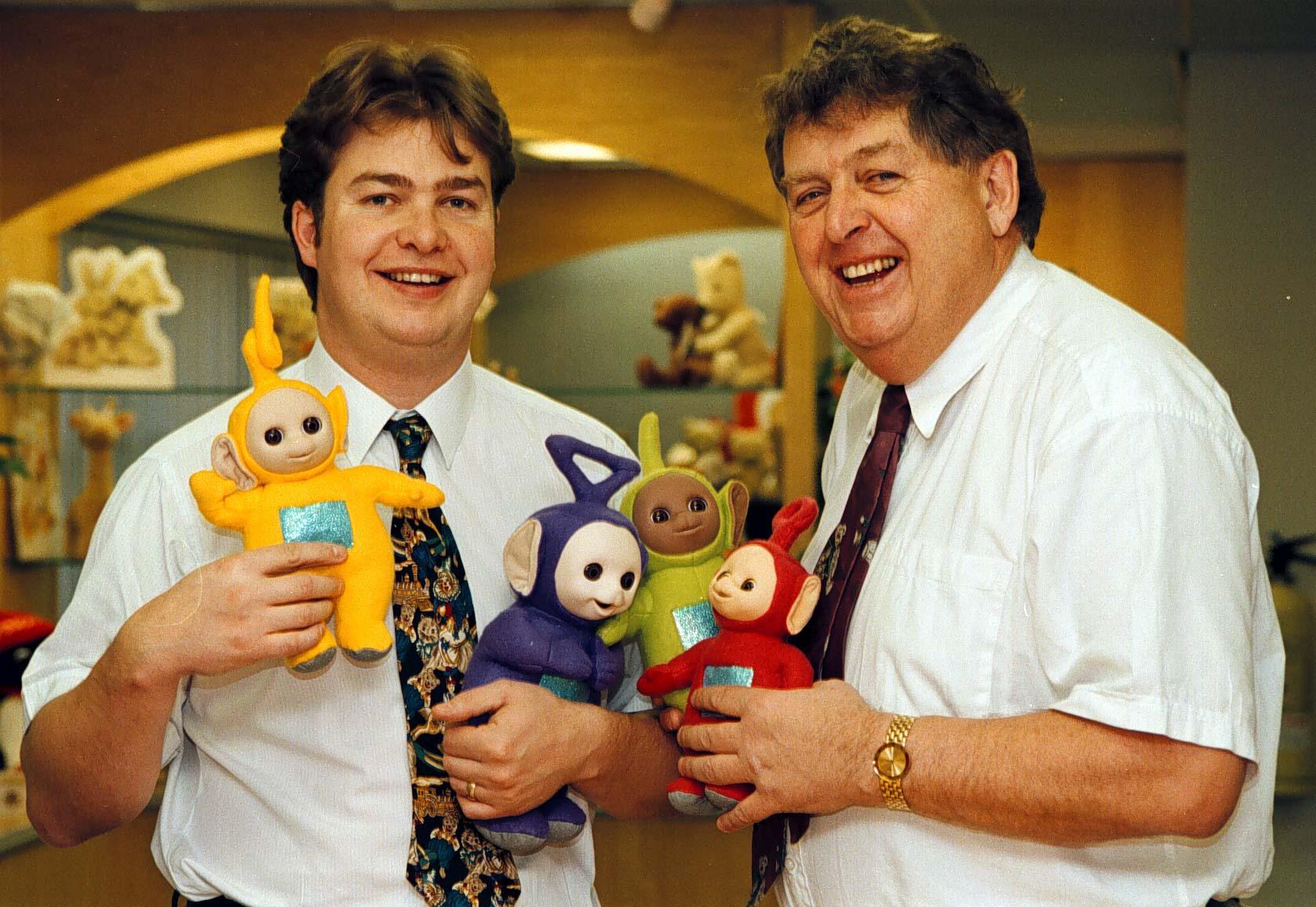 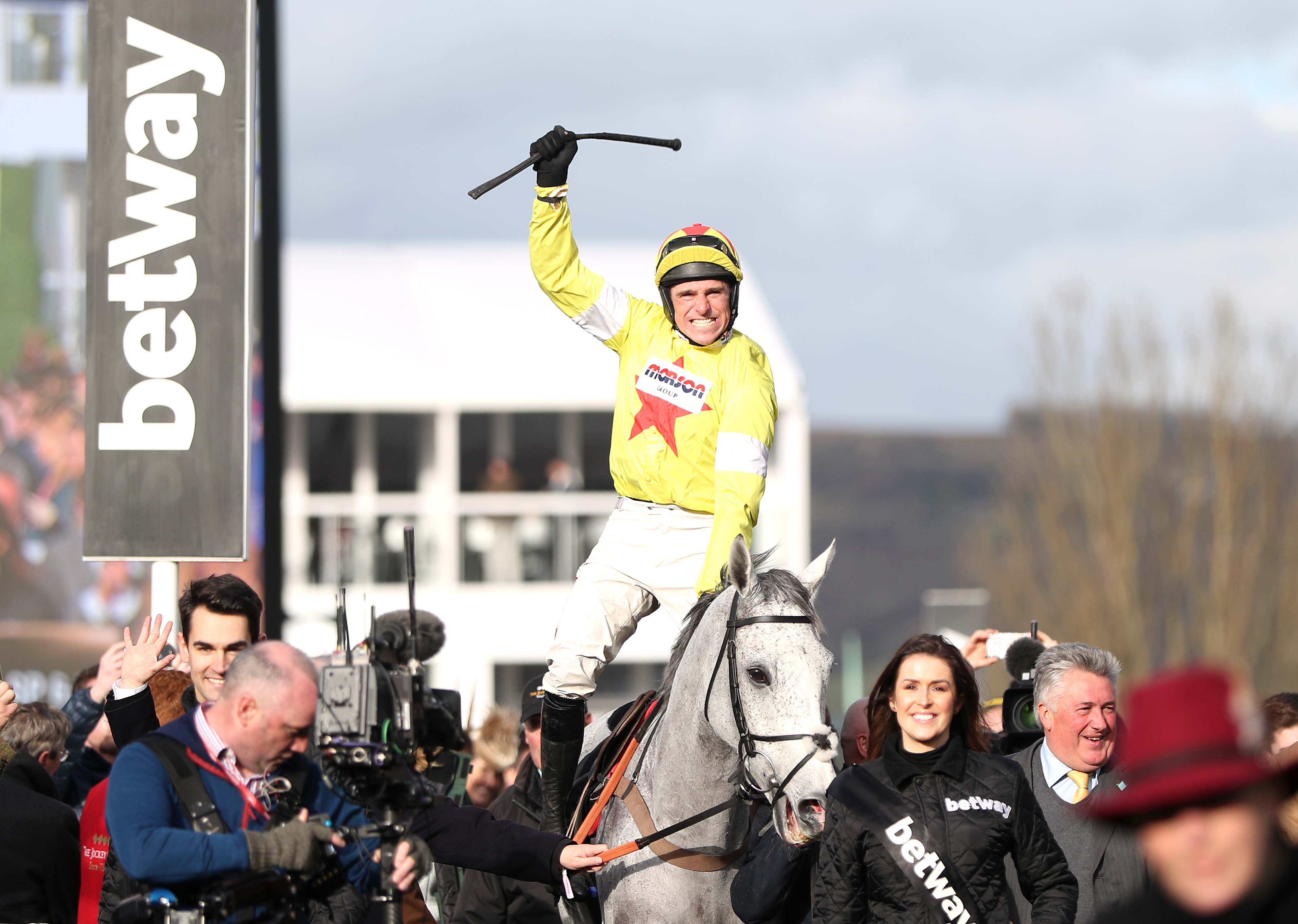 But here’s where things change. This time you’re stuck watching the race on the TV from your sofa with all owners unable to attend in person this time round.

John Hales, of One Man, Neptune Collonges and now Politologue fame, is no stranger to success on the big stage.

But that doesn’t make this year’s change any easier to swallow as his grey takes on the likes of Altior and Chacun Pour Soi in the Champion Chase.

Hales, 81, will be tuning in from his house in Shifnal, Shropshire, 75 miles from Cheltenham.

He explained: “I’m very excited for it, it’s not every day you get to say you’re the defending champion going into the Champion Chase.

“Cheltenham is the ultimate, it’s the Holy Grail, it’s what so many of us are in the game for.

“So it’s a pity, such a pity, I can’t be there to watch him. He’s the only runner we’re going to have all week because of that.”

The usual routine of speaking to trainer Paul Nicholls and jockey Harry Cobden in the parade ring after a three-course lunch is no more.

The ultimate home for all your racing needs.

Number one for tips, betting offers and news – as well as full racecards and an interactive results and odds comparison service.

Hales will have to make do with his own refreshments, and the remote control.

He added: “I’ll soon probably have a bottle of wine, and I’d have drunk most of it before the race starts! Then I guess I’ll watch the race, there’s not much more that I can do.

“It’s not ideal but I suppose you look back a year and we were lucky to squeeze it in when we did.

“I’ll ring Paul straight away afterwards, obviously I can’t speak to the jockey which is a shame.

Paddy Power: New Customer Offer. Place a £/€5 single racing bet, min odds 1/5 (1.2) and get £/€20 in free bets. You will also get an additional £/€5 in free bets for each day of the Cheltenham festival (£/€40 in total). Only deposits made using cards or Apple Pay will qualify for this promotion. Free bets will be awarded after the qualifying bet has been settled and are valid for 30 days. T&Cs apply. Paddy's Rewards Club: Get a £/€10 free bet when you place 5x bets of £/€10+. T&Cs apply. 18+ Begambleaware.org

“Whether we win, lose or draw I’ll ring Harry later on and speak to the jockey then, that’s something I always do anyway.

“It means Aintree takes a whole new precedence too. Hopefully we have the chance to celebrate and enjoy the racing there more. We’ll run quite a few of our younger ones there.”

Hales made his money in the toy world, with the Teletubbies, Thomas the Tank Engine and Basil Brush soft toys all being made by his Golden Bear company.

Launched in 1978, Golden Bear went from strength-to-strength and soon meant Hales could dip his toe into the world of racehorse ownership.

In the mid-nineties Hales had his first runner, the well-named The Toyman. Sadly he fell and died in his first race.

But Hales luck quickly changed and these days it’s Politologue that flies the Hales flag proudest.

The 10-year-old upset hot favourite Defi Du Seuil in last year’s Champion Chase repeating the feat of another of Hales’ greys, One Man, in 1998.

But it was only due to a chance encounter that Politologue ended up running in Hales’ yellow colours in the first place. 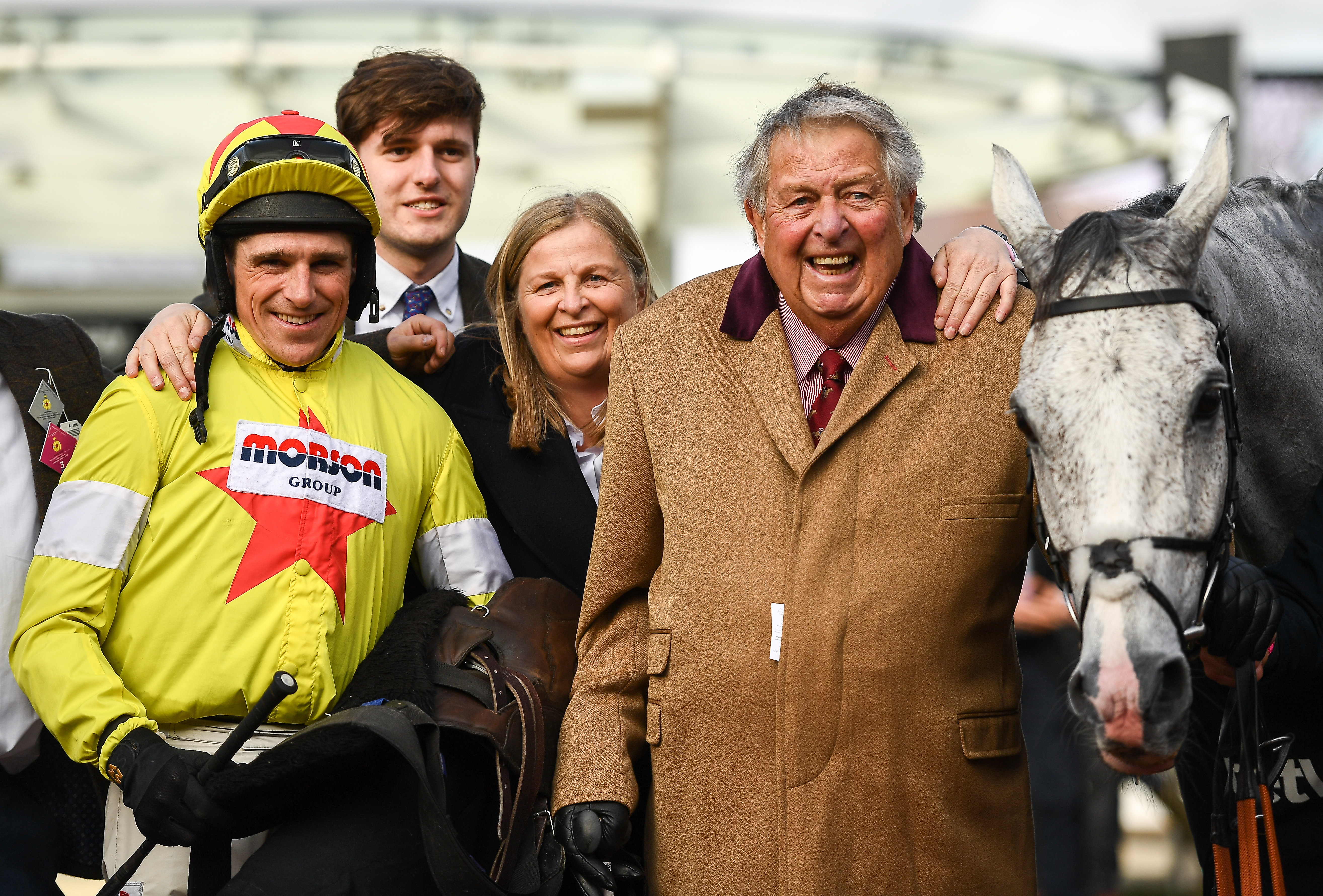 He said: “I went to Auteuil one weekend in Paris to see a friend of mine, a bloodstock agent.

“The whole purpose of it was to go there, watch the racing and then go into central France to take all the memorabilia of Neptune Collenges winning the Grand National.

“And then I saw a horse running, and I thought ‘I do like that horse, do we think we could buy him?’

“So over the trip for the next two to three days we bought him, Politologue. I could never resist a good grey!

“He’s won over a million pound now. This will be his fifth Festival and he’s never missed one, he’s always there and he’s as hard as nails, a real tough horse and they’re always the ones you want.”

CHELTENHAM FREE BETS: GET £40 IN FREE BETS WITH PADDY POWER 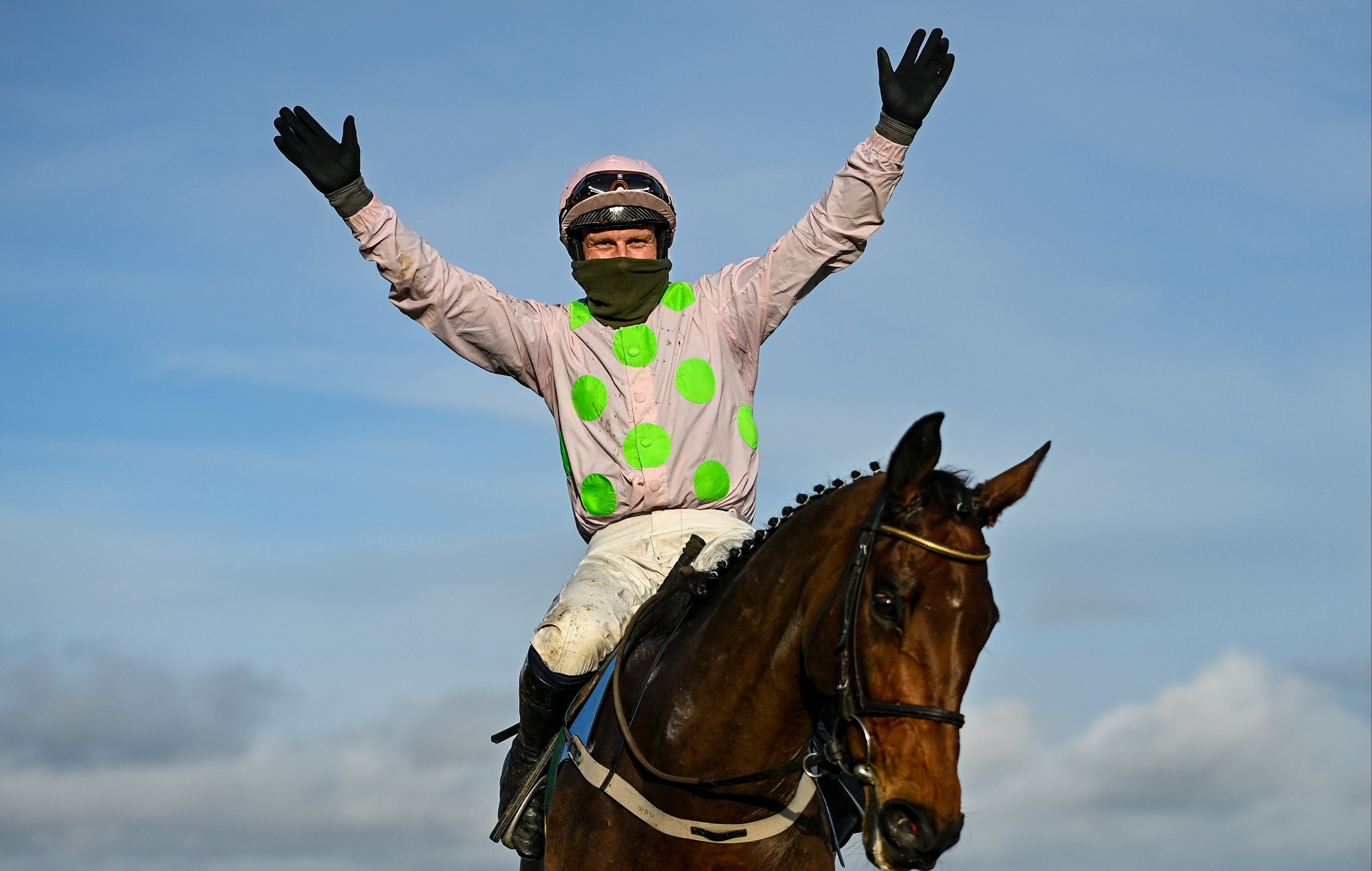 Despite last year’s heroics and a Tingle Creek win this season for good measure, Politologue remains an outsider to many.

Chacun Pour Soi is all the rage, but Hales thinks his horse deserves some more respect.

He added: “I’d go to war for this horse, I think people have been a bit unkind to him over the years.

“He’s a wonderful horse, he can only run against the horses that turn up on the day. Altior will be there, Chacun Pour Soi and we’ll take them on.

“You can’t run from one horse. Chacun Pour Soi is obviously a very, very good horse, but he’s got to go around Cheltenham and we’ll make it as hard as we can for him.

“This horse always gives you 110%. Win or lose, I know he’s going to give me that and I can’t ask for more than that. He’s a wonderful horse, he’s a great jumper and he gives you everything.”

Whether Politologue can give Hales another Champion Chase remains to be seen.

As does whether the Champagne in Hales’ fridge gets opened or not.