Liverpool finally lifted the Premier League trophy at Anfield after a thrilling 5-3 victory over Chelsea.

Manchester United were beaten by the Blues in the FA Cup semi-final, but a draw against West Ham was enough to take them into the top four.

Manchester City thrashed Watford 4-0 and the Hornets dropped into the bottom three with one game remaining after Aston Villa’s priceless win over Arsenal.

Tottenham,Southampton,Everton and Wolves all picked up wins as well. 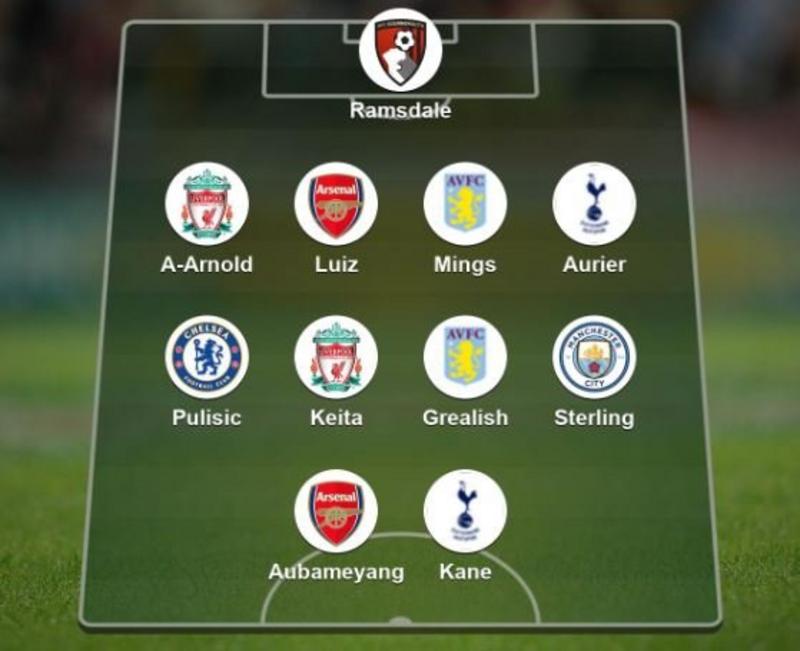 Just when you thought that the penalty save by Aaron Ramsdale may prove pivotal in Bournemouth’s fight for survival, VAR had to poke its nose into matters. For once I can’t argue – it did what it was there to do. Harry Wilson, who inexplicably raised two hands to block a header, must have breathed a huge sigh of relief when Ramsdale saved Danny Ings’ spot-kick.

Ramsdale made another great save from Nathan Redmond but, in Bournemouth’s desperation to get an equaliser, the inevitable happened and Southampton sealed the game.

This fixture would have been out of sight had it not been for the Cherries keeper. The only people apart from Saints fans cheering this result were Villa and Watford players.

Did you know? Ramsdale made six saves in Bournemouth’s 2-0 loss to Southampton, with four of those coming from shots inside the box. 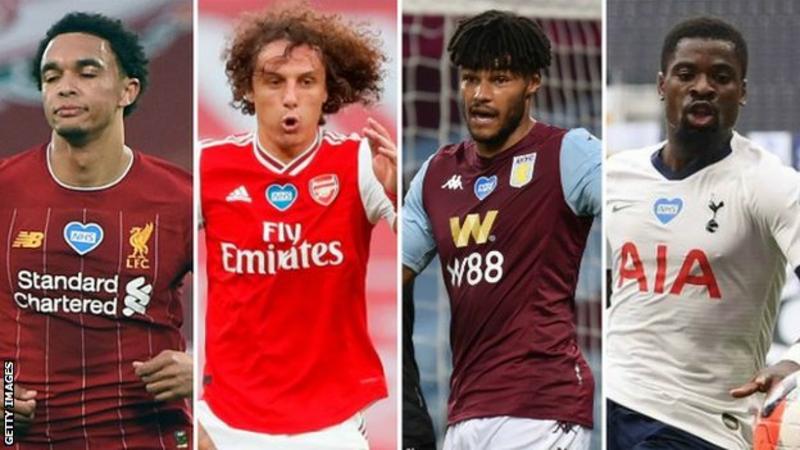 Alexander-Arnold: It’s been a long time since I’ve seen a footballer strike a ball as sweetly as Trent Alexander-Arnold. Teams simply cannot afford to give free-kicks away against Liverpool anymore, especially at Anfield. The ball flew past Kepa Arrizabalaga in Chelsea’s goal for Liverpool second on Wednesday.

Alexander Arnold is finishing the season as strongly as he started it and playing like he doesn’t want the season to end. The cross from the England full-back for Roberto Firmino to score was just delicious.

Did you know? Alexander-Arnold has scored three direct free-kicks in the Premier League; only Jamie Redknapp (four) scored more at the age of 21 or under in the competition.

Luiz: It has been a long time since I’ve watched a match and been so interested in the tactics. I was as fascinated by both managers Mikel Arteta and Pep Guardiola on the touchline as I was the players on the pitch in Saturday’s FA Cup semi-final against Manchester City. However it was David Luiz whose performance eventually captured everyone’s imagination.

Most of us know how good Luiz can be which is why he can be so infuriating with some of his decision making. Nevertheless it soon became apparent that Arteta was prepared to bolt the entire Arsenal defence around the Brazilian against City and it worked. On the day, Guardiola underestimated Arteta and Luiz – and so did I.

Did you know? Luiz had more touches (48), clearances (11) and interceptions (4) than any other Arsenal player in their 2-0 victory over Man City.

Mings: Buoyed by the 4-0 thrashing given to Watford by Manchester City – and it would have been more had it not been for Ben Foster in goal – Aston Villa took to the Villa Park stage on Tuesday knowing a win against FA Cup finalists Arsenal would put Premier League survival back in their own hands.

To be fair to the Gunners I thought they did enough to get something out of this game but Mings once again played a leader’s role and kept Aston Villa’s defence as tight as a drum.

I’ve no doubt some hearts might have missed a beat when Eddie Nketiah’s header hit the post and then bounced into Pepe Reina’s arms but apart from that it was a terrific defensive display. Read the Crooks of the Matter below and find out why I think Villa will now survive.

Did you know? Mings made nine clearances, 36 passes and gained possession eight times in helping Aston Villa to a clean sheet and all three points against Arsenal.

Aurier: I couldn’t agree more with some of the sentiments shared this week regarding the immense fortitude shown by Aurier in light of the death of his brother. Often the sanctuary of professional football can help individuals cope emotionally during times of bereavement by momentarily taking your mind away from awful events.

The Ivory Coast international was impressive in Tottenham’s 3-0 victory over Leicester on Sunday and more than played his part Tottenham’s 3-1 win away at Newcastle in their previous match when the full-back was very much in mourning. The young man has shown extraordinary strength of character.

Did you know? Aurier made more passes (37) and had more touches (62) than any other Spurs player in their 3-0 win over Leicester. 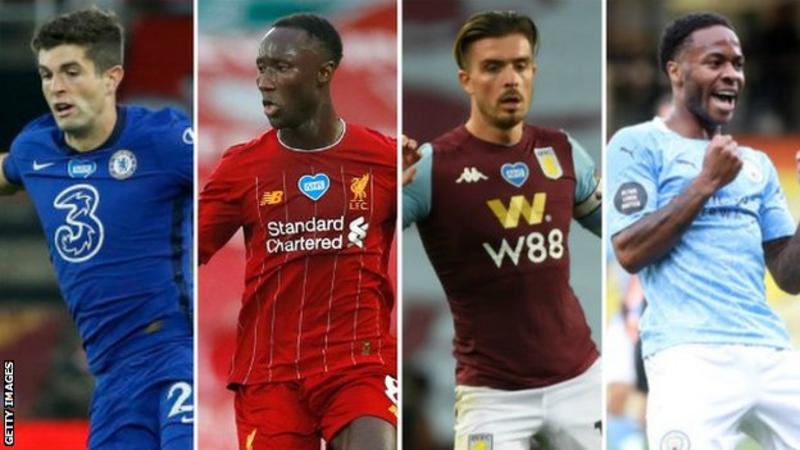 Pulisic: This was a crazy game for all sorts of reasons. Chelsea were looking for a point to seal a Champions League spot. Meanwhile, Liverpool had very different ideas on a night when they were looking forward to being presented with the Premier League title.

Liverpool were 4-1 up and suddenly Christian Pulisic came on with 30 minutes left to play and the American set Anfield alight. He set up Tammy Abraham with a glorious cross to score before netting himself with a piece of individual brilliance. With better defending from Chelsea they might have got the point they were looking for. Regardless Pulisic is going to be a star next season.

Did you know? Pulisic has scored nine Premier League goals for Chelsea this season; among American players, only Clint Dempsey (17 in 2011-12 and 12 in 2010-11) has ever scored more in a campaign – his goal was the 1,000th scored in this season’s Premier League.

Grealish: This young man doesn’t just have ability but an awful lot of grit to his game. Grealish has been at the heart of every Aston Villa performance since the restart and has done everything in his power to keep his team in the Premier League.

He was outstanding away at Everton and in my view, due to the circumstances, even better against Arsenal. Talk about leaders of men.

Two weeks ago Villa were down as far as I was concerned but they have kept their nerve and produced sterling back-to-back performances. Manchester City’s caning of Watford provided some of Villa’s impetus against Arsenal but nothing would have given Grealish’s team more hope of Premier League survival than Watford’s sacking of Nigel Pearson moments before their two biggest games of the season.

Did you know? Grealish won five fouls and had 54 touches in Villa’s 1-0 win over Arsenal.

Sterling: He missed two gilt-edged chances against Arsenal in the semi-final of the FA Cup. However in the Premier League , when Manchester City faced Watford on Tuesday, Sterling was in a very different mood. The big occasion can get to anyone and Arsenal definitely made it very difficult for City.

Nevertheless, the England international’s first-half strike against the Hornets literally flew past Foster. Moments later he danced past Christian Kabasele and forced Will Hughes to bring him down in the box. City were outclassed by Arsenal in the FA Cup semi-final but Watford were no match for City at Vicarage Road.

Did you know? Sterling has scored 10 goals against Watford in all competitions, only netting more against Bournemouth (11). He has scored nine goals in his last five matches against the Hornets.

Keita: Since the restart Keita has been quite outstanding for Liverpool. His goal against Chelsea was wonderful but his all-round contribution for the Reds has been a real plus for Jurgen Klopp in light of Adam Lallana’s pending departure and Alex Oxlade-Chamberlain still looking to regain his best form. The Guinea international is another one of these players who really enjoys doing all the hard work with very little reward. Well I suppose the Premier League title might make up for it.

Did you know? Keita scored only his second Premier League goal at Anfield for Liverpool on Wednesday and first since April 2019 against Huddersfield, 453 days ago. 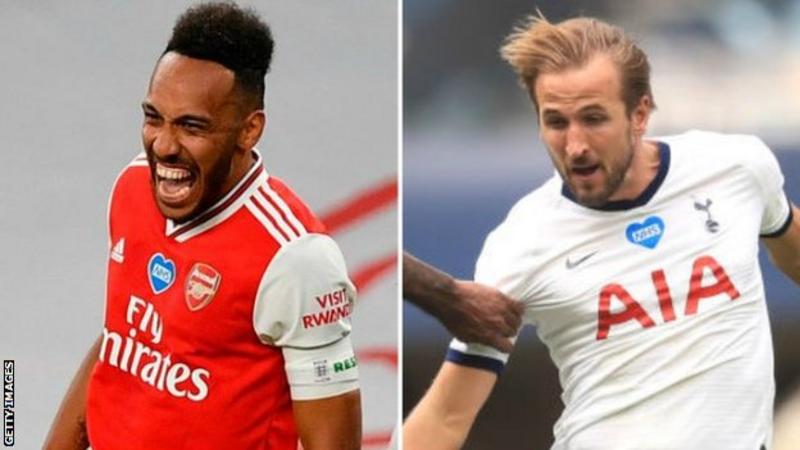 Aubameyang: The bigger the occasion the more this player seems to like it. Nothing seems to faze Arsenal’s Aubameyang. You know a world-class striker by the way he takes his goals.

Aubameyang’s opening goal against Manchester City was one of the best finishes I’ve seen. To brush the ball with the outside of your right foot back across the face of the goal into the opposite corner of the net not only takes tremendous composure but incredible technique.

Arsenal’s FA Cup semi-final victory was a superb tactical display by the Gunners. It also confirmed what we already know. They lose the services of Aubameyang and Arsenal revert to the ranks of the ordinary.

Kane: One with his right foot and one with his left in the win over Leicester keeps Kane and Spurs on course for a top-six finish. Kane is in great form and it’s not just his finishing. His all round game is as good as it has ever been.

The ball he produced for Son Heung-min in the second half was outstanding and with a better touch from the South Korean it would have resulted in a goal-scoring opportunity. However, it was Kane’s second goal that signalled the England captain was back to his best. I don’t care who is in goal, you can’t stop finishes like that.

Did you know? Tottenham striker Kane has scored 16 goals in 14 games against Leicester in all competitions, more than he’s scored against any other opponent in his career.

The Crooks of the Matter

I don’t understand it. What exactly is Watford’s executive board trying to achieve by sacking Nigel Pearson with two games to go and everything to play for? If they thought Pearson’s dismissal would spark a positive reaction from their players two days before they were due to face Manchester City, and at such a crucial time of the season, then they clearly know nothing about the psychology attached to winning football matches.

Watford were ripped apart by City and that could still have happened with Pearson at the helm but his departure merely told Aston Villa that Watford were in a state of panic. Anyone who has been in football and found themselves in a relegation battle will tell you the last thing you need in your ranks is anyone showing the slightest sign of fear.

Fear spreads through a football club like wildfire. More importantly it hands the initiative to your competitor. What Watford’s owners did on Sunday afternoon when they decided to sack Pearson was, in effect, like handing Aston Villa all their lifeboats having just hit a massive iceberg.