GEORGE FOREMAN has begged Mike Tyson to call off his boxing comeback, saying "no more is needed" from the big-hitting heavyweight legend.

Iron Mike, 53, announced he will make his comeback against Roy Jones Jr on September 12 after 15 years of retirement. 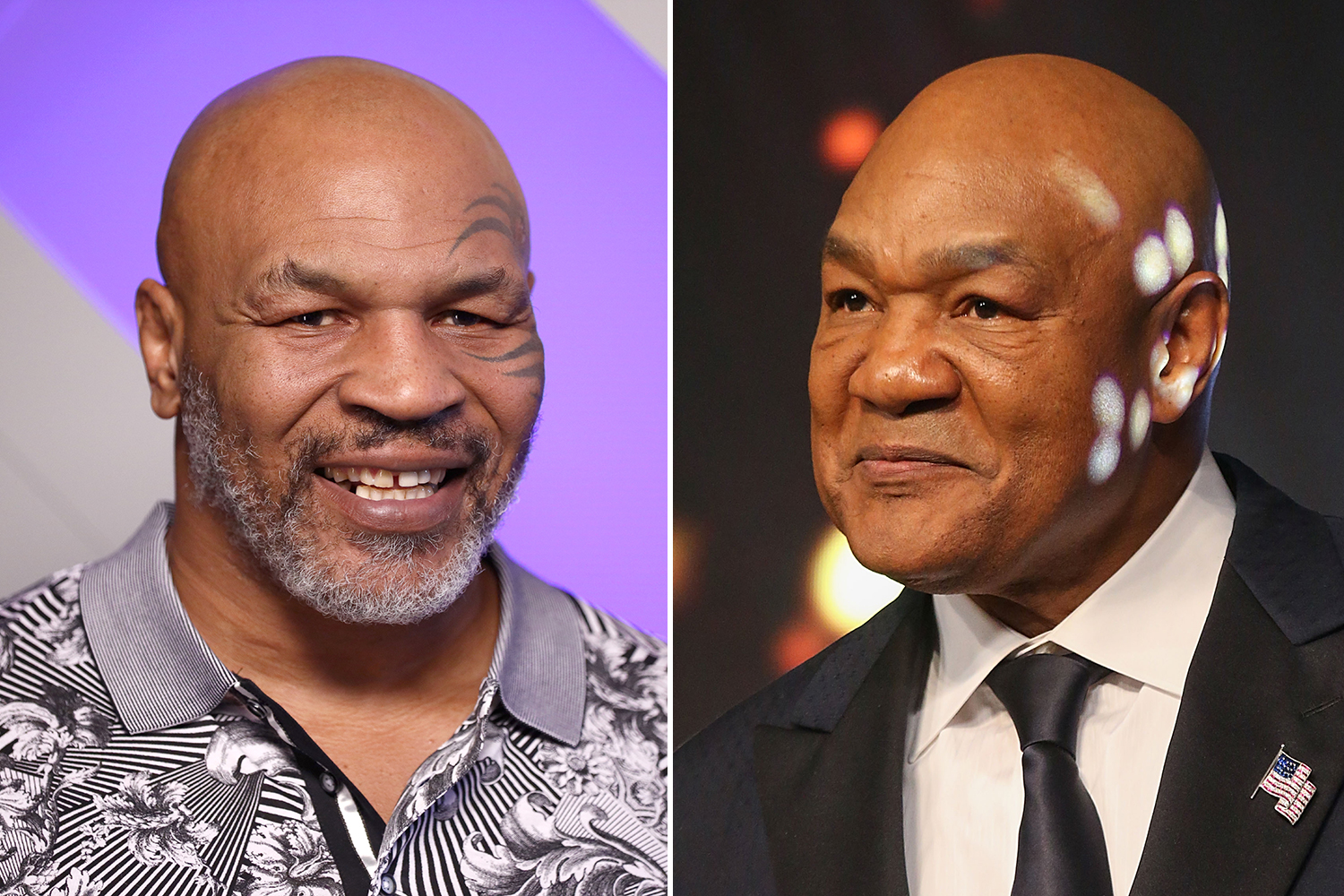 But Foreman, who the oldest world heavyweight champion ever at 45 in 1994 when he beat Michael Moorer, has pleaded with Tyson to keep the gloves off.

“He is in the Hall of Fame and was a mighty puncher."

Tyson last stepped inside the ring in June 2005 – where he was stopped by Kevin McBride – but will soon make his return 15 years on.

The "Baddest Man on the Planet" was crowned the youngest world champion ever, aged 20, and his illustrious 20-year career saw him knock out 44 of his 50 opponents.

His former trainer has claimed he would still KO fellow American Deontay Wilder inside a MINUTE if he trained for six weeks.

In recent years, Tyson has been more focused on his business and owns a weed farm in California having previously gone bankrupt in 2003 – when he was forced to sell his extravagant 52-room mansion to 50 Cent for £3.3million.

But he has clearly been considering hopping back in the ring for some time – having given his two cents on how he'd fare against the likes of Tyson Fury, Wilder and Anthony Joshua.