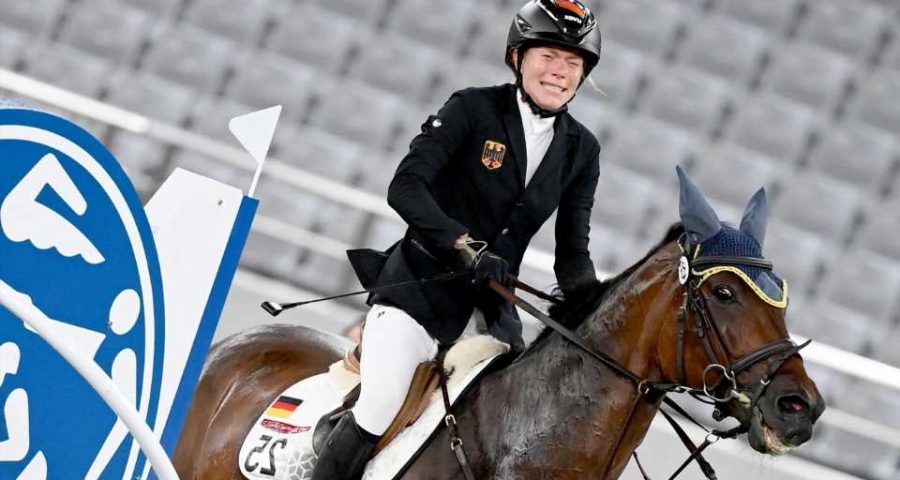 Talk about a horse’s ass.

That’s precisely where German modern pentathlon coach Kim Raisner punched a horse during the event on Friday, leading to her disqualification from the 2021 Olympic Games in Tokyo.

During the event, German rider Annika Schleu was having difficulty controlling and corralling the horse, eventually leading to Raisner balling up her fist and punching the beast square in the behind.

Raisner could also be heard yelling at Schleu to whip the horse harder. Her actions were in clear violation of the sport’s rules, leading to Raisner’s DQ from the games.

The clearly agitated horse, Saint Boy, refused to jump during the event; another rider, ROC athlete Gulnaz Gubaydullina, had difficulty with the horse as well. Event coordinators say the horse was traumatized from a previous rider.

Riders have 20 minutes to get acquainted with their mount before their round, and Schleu and her trainer clearly didn’t do enough to help settle the poor pony down before the ride.

Schleu entered and left the arena teary-eyed, with photos of the aggravated horse and a crying Schleu circulating the internet on Friday night.

In all seriousness, very bad things can happen to both horse and rider when mounts don’t cooperate during these events. Let’s treat our four-legged equine friends with respect and responsibility in the future.

If not, the judges — and the horse itself — might tell you to “buck off.”