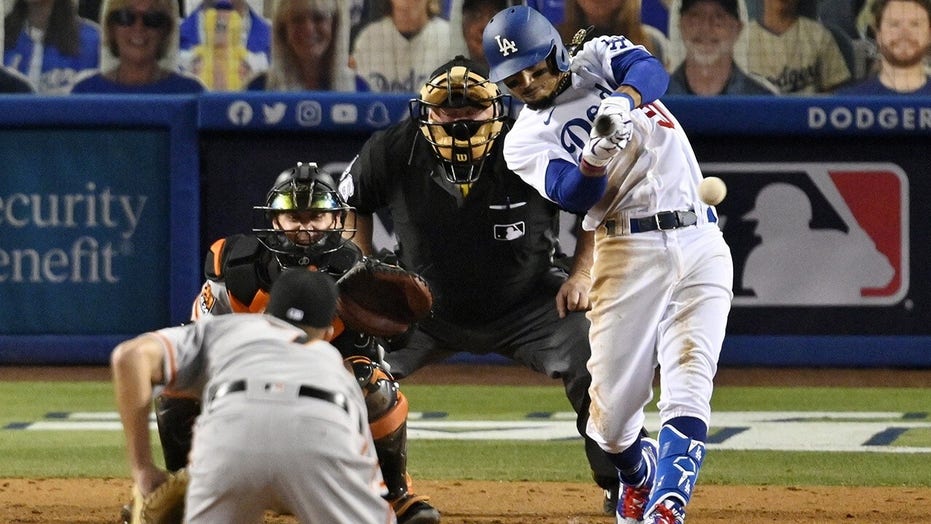 The stadium was empty but Panda-monium broke out anyway at Friday night's Giants-Dodgers game in Los Angeles.

In the bottom of the fifth inning, Dodgers utility player Chris Taylor had a not-quite-socially distanced run-in with Giants first baseman Pablo Sandoval (aka "Kung Fu Panda") that quickly went viral and turned into a meme for the moment we're living through.

Taylor was racing toward first just as Sandoval was leaping in a vain attempt to catch a high throw from third.

Then it happened: Taylor ran face-first right into the backside of the 268-pound Sandoval. Both players went tumbling to the ground.

It wasn't quite a "Down goes Frazier!" moment — but it was close. Social media users, of course, loved it.

Despite the crash, Taylor didn't appear hurt and he stayed in the game. The Dodgers went on to win 9-1, after beating the Giants 8-1 the previous night. (New Dodger Mookie Betts — who recently signed a 12-year, $365 million contract — went 1-for-6 Friday, with one RBI.)