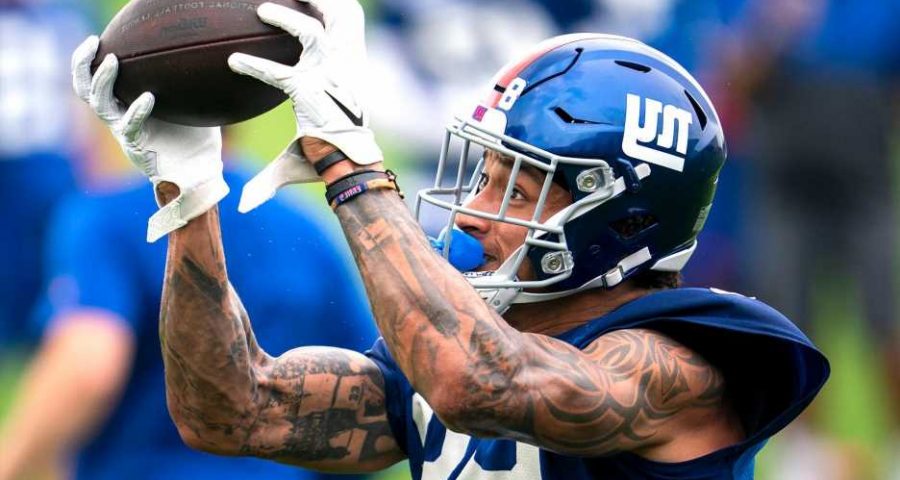 There was this feeling emanating outside the building that the Giants were going to trade Evan Engram before, during or immediately after the NFL draft. Cut bait, get whatever draft equity they could for their starting tight end and move on without him.

Inside the building, the thinking went something like this: We need to get more explosive on offense. We do not have enough talent to get it done. Why the heck would we get rid of one of the few guys who can actually do it?

There has been a disconnect with Engram, from what fans think about him to how the front office and coaching staff — several coaching staffs, truthfully — views him. Sure, there is disappointment and some frustration inside the organization when he drops a pass he should catch, when he puts too much pressure on himself, rather than allow his considerable physical gifts to flow without interruption.

There was no hand-wringing, though, in the front office when it came time to decide on Engram for 2021, as picking up his fifth-year option for $6 million was never a topic of much debate. What comes next, though, is unknown. Does Engram get a second long-term deal from the team that took him with the 25th overall pick in 2017? He celebrates his 27th birthday 10 days before the start of the 2021 season, putting him squarely in his prime. He could be in line for a lucrative contract, with the Giants or elsewhere. Or, maybe not.

“Honestly my motivation is in the moment right now,’’ Engram said Friday after an organized team activity practice. “All that stuff is in the future. I have no control over that. I have control of what I do today on the field, what I do in these meetings to end the day, and as long as I work hard every single day, improve and do my job for my team, all that stuff will take care of itself.’’

Actually, what Engram does on the field will take care of it.

It was an eventful first season for Engram with the new Joe Judge coaching staff. He finally proved his durability by playing in all 16 games for the first time in his career. His 63 receptions came within one of his career high. He was selected to the Pro Bowl for the first time, which triggered much derision from outside the Giants facility, because though Robert Tonyan of the Packers caught fewer passes (52), he blew Engram away in touchdowns 11-1 (plus one rushing touchdown for Engram).

Depending on how lenient or harsh you are as a grader, Engram had between eight and 11 dropped passes, including the woeful lapse in Week 7 that compromised the Giants’ chances of beating the Eagles in Philadelphia. Engram was targeted 109 times and six of the targets resulted in interceptions for Giants quarterbacks, making Engram far too often sort of an accident waiting to happen.

Asked what he is focusing on improving, Engram said: “Really everything, from ball security, from blocking techniques from routes, getting in and out of breaks, really everything that goes in doing my job every single day I put an emphasis on to improve.’’

Judge inherited Engram and could have sought to jettison him, but the head coach has never had anything but high praise for his tight end.

“I’m telling you when you watch us practice and you watch No. 88 on the field, no one empties the tank like this guy,’’ Judge said. “This guy goes hard every day. We have to tell him to tone it down more than pick up his pace.’’

That worth ethic, Judge says, is the reason why teammates rally around Engram after he falters. He looks to be in exquisite shape this spring, heading into a year of decision for him. Even with the signing in free agency of veteran Kyle Rudolph, Engram remains the No. 1 tight end. The Giants hope the additions of receivers Kenny Golladay and rookie Kadarius Toney and the return to health of Saquon Barkley take some of the heat off Engram.

“He’s a fun guy having in a program, he’s a fun guy in the locker room, he’s a leader on our team and he’s a very productive player for us,’’ Judge said. “I enjoy coaching him every single day.’’