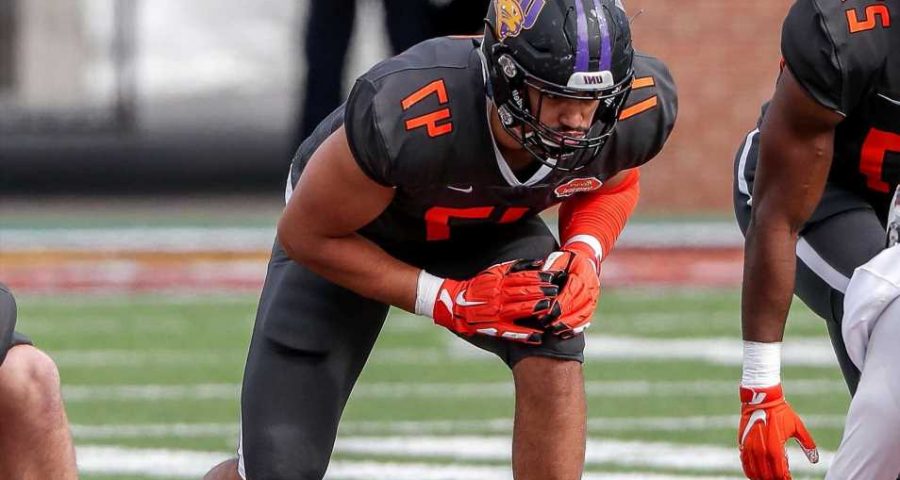 The Giants stayed with their trend after the first round of the 2021 NFL Draft by adding to their defense, selecting defensive end Elerson Smith of Northern Iowa in the fourth round, with the 116th overall pick.

Smith is a pass rusher who burst on the scene in 2019 with 14 sacks, albeit at a lower level of competition than Power 5 schools. He opted out of the 2020 season to prepare for the draft.

A one-year starter, the 6-foot-6, 252-pound Smith has gained 50 pounds since 2016. He had long arms but a narrow lower body before filling out his frame.

In addition to his impressive 2019 sack total, Smith had 21.5 tackles for loss and five forced fumbles.

This is another case of the Giants looking for pass rush help after they took linebacker Azeez Ojulari from Georgia in the second round.

Smith marked the third straight pick the Giants have used on a defender, as they also took cornerback Aaron Robinson from Central Florida in the third round.

The Giants selected wide receiver Kadarius Toney from Florida after trading down to No. 20 in the first round.