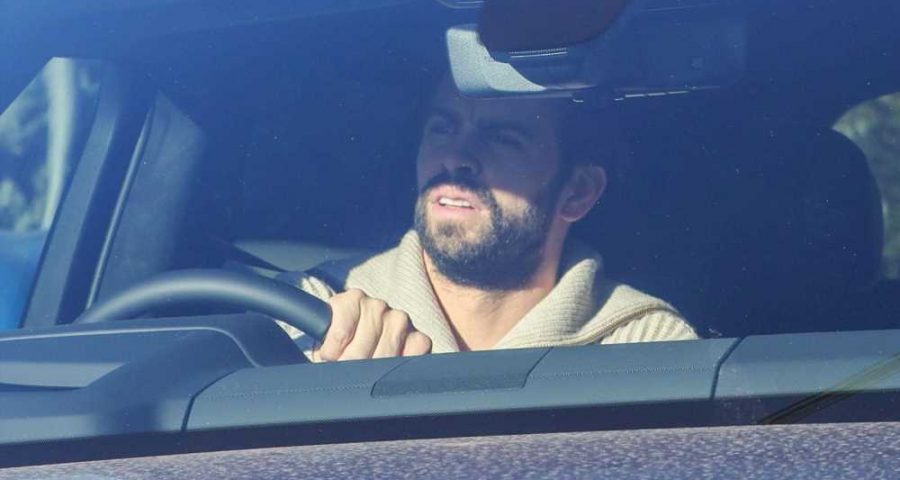 GERARD Pique came face to face with a creepy witch doll at his ex Shakira's house as the pair's bitter spat rumbles on.

The footballer was seen arriving at the Colombian singer's mansion in the Spanish city in a black Range Rover. 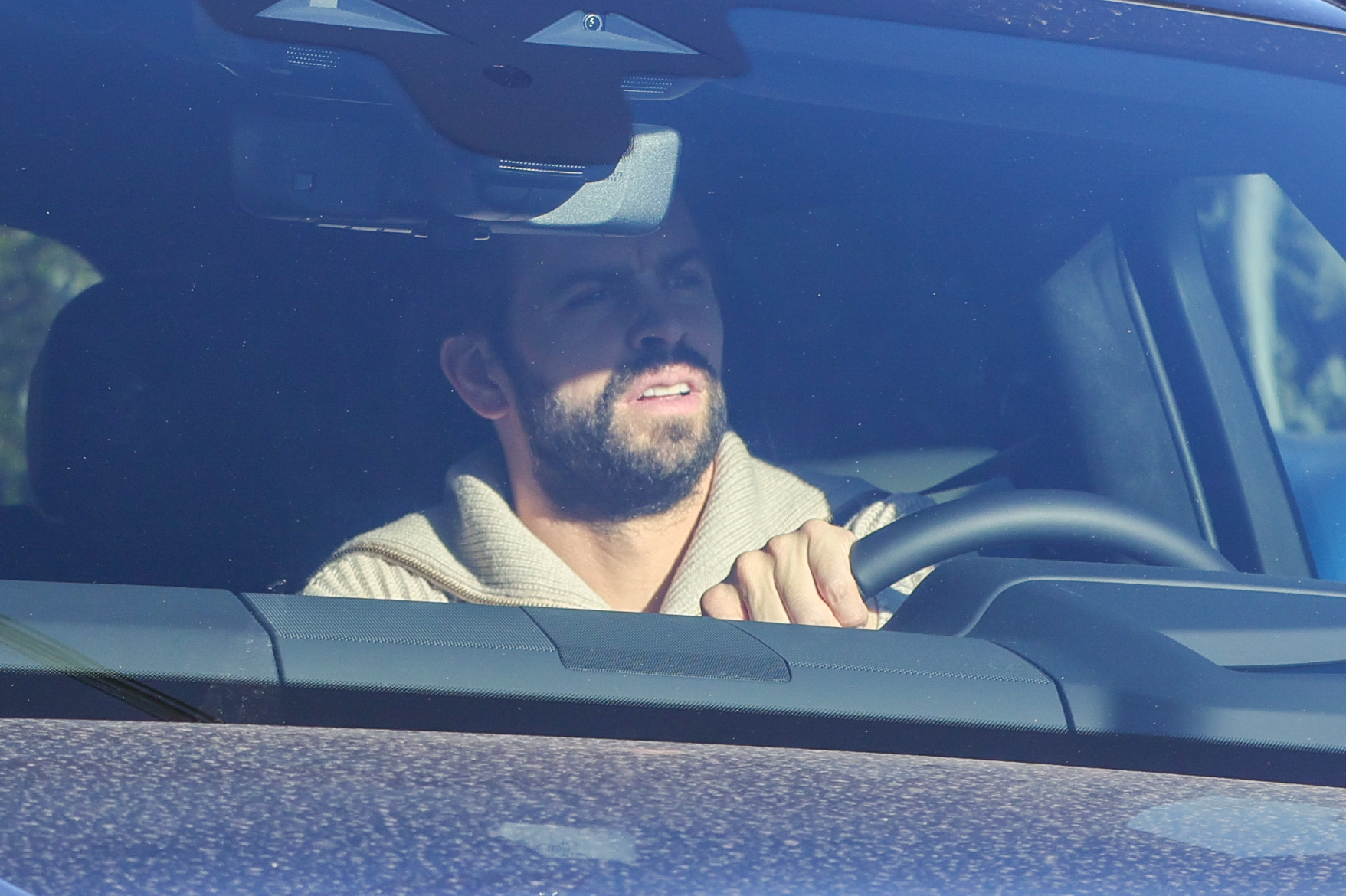 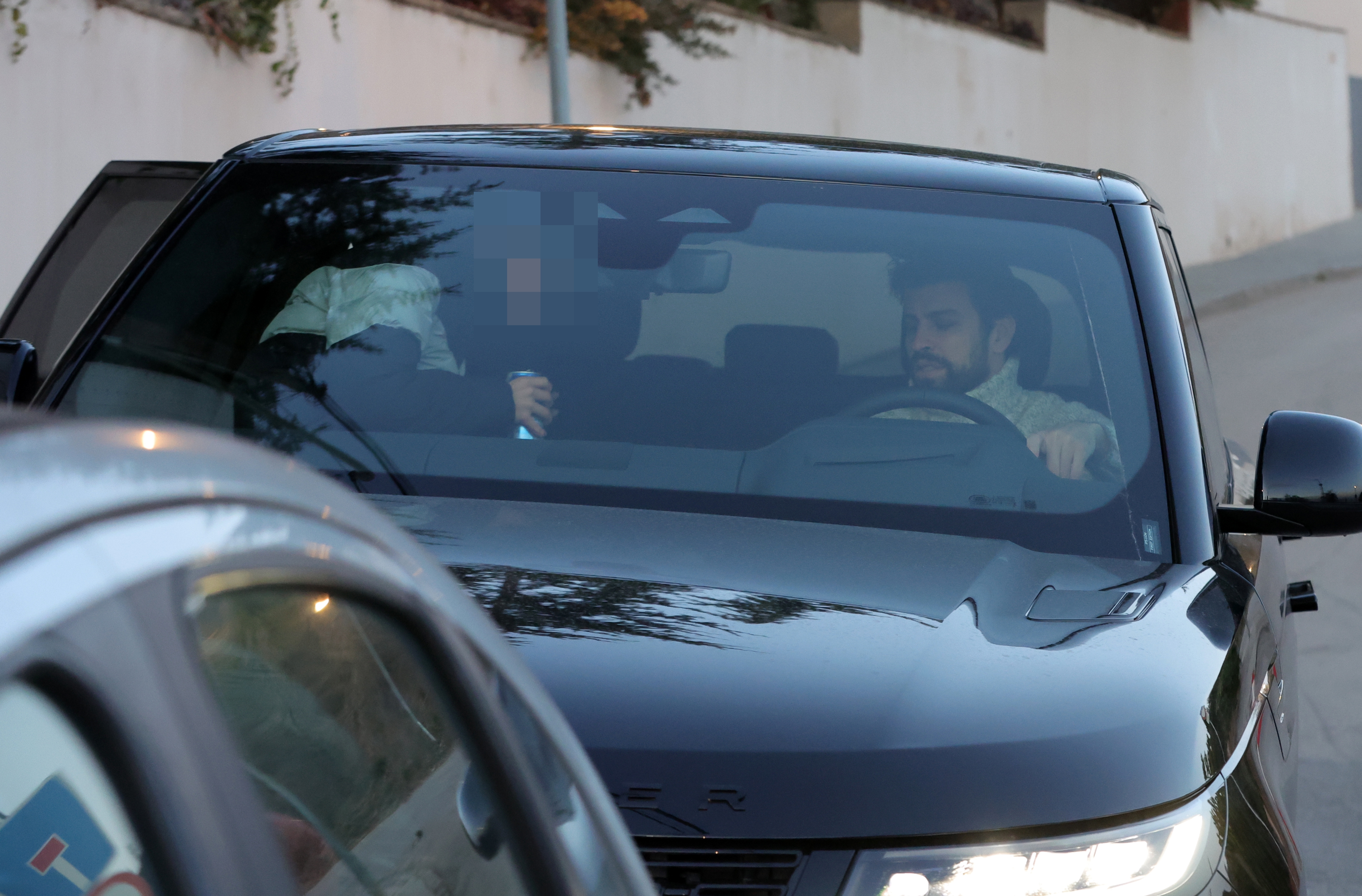 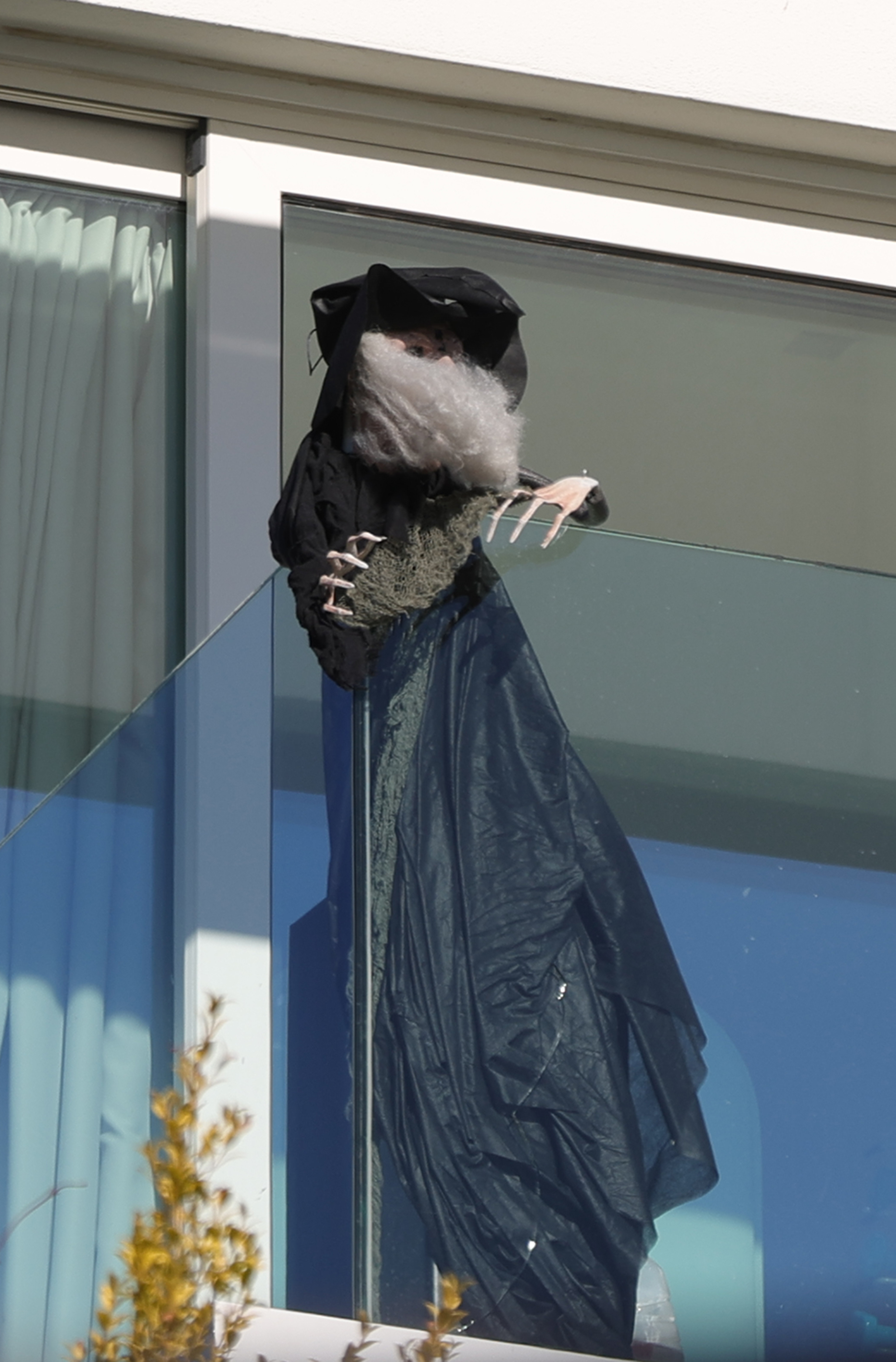 Shakira, 45, and Pique, 35, split last year after the Spaniard left her for 23-year-old Clara Chia Marti.

The pair have been engaged in a sour falling-out since they parted ways after a 12-year romance.

And earlier this month, Shakira put a terrifying life-size witch on her balcony – which is said to overlook her former mother-in-law's pad.

Neighbours said she has also been blasting out her new song — BZRP Music Sessions #53 — on repeat so Pique's mum, Montserrat Bernabéu, can hear. 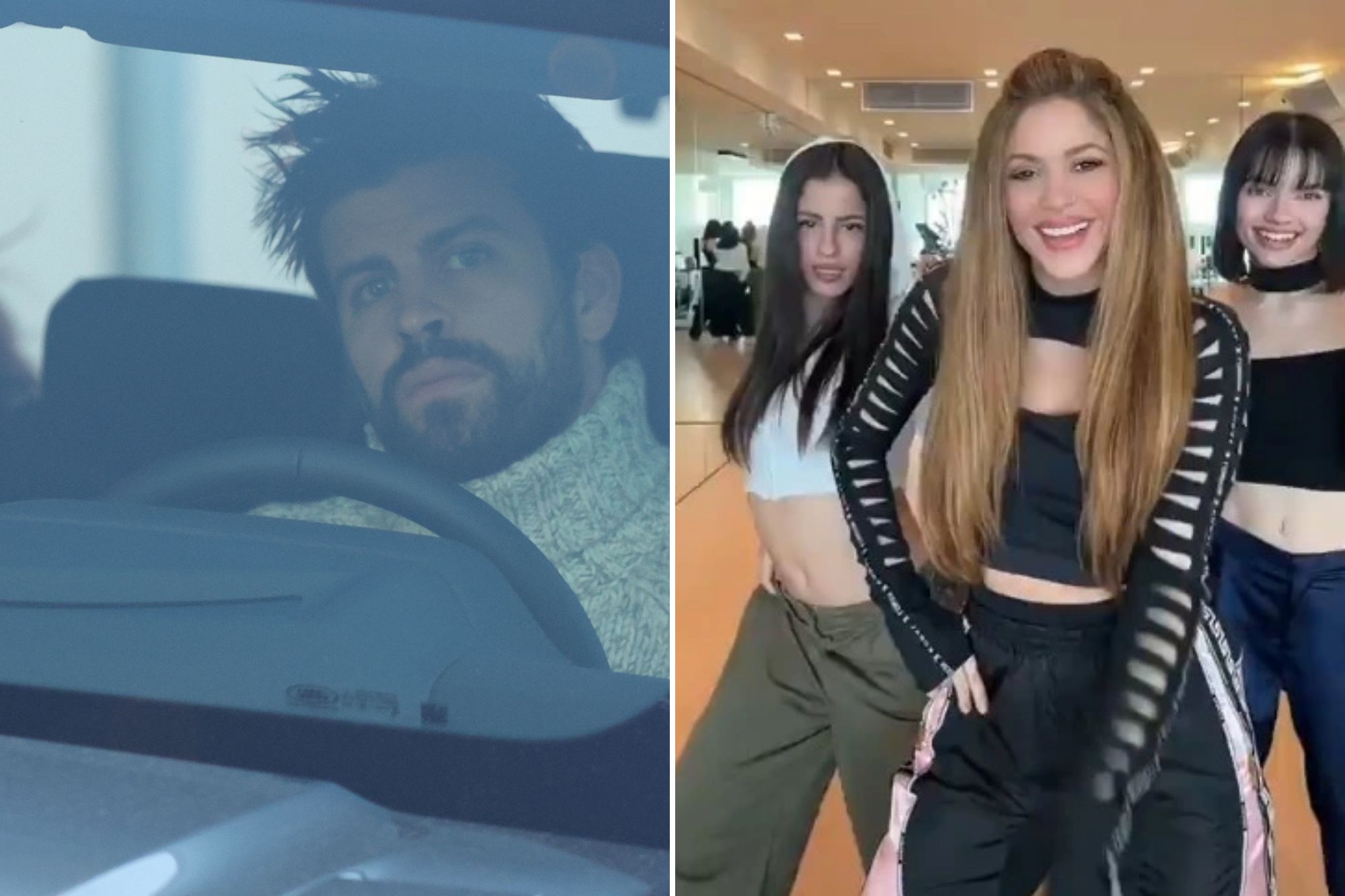 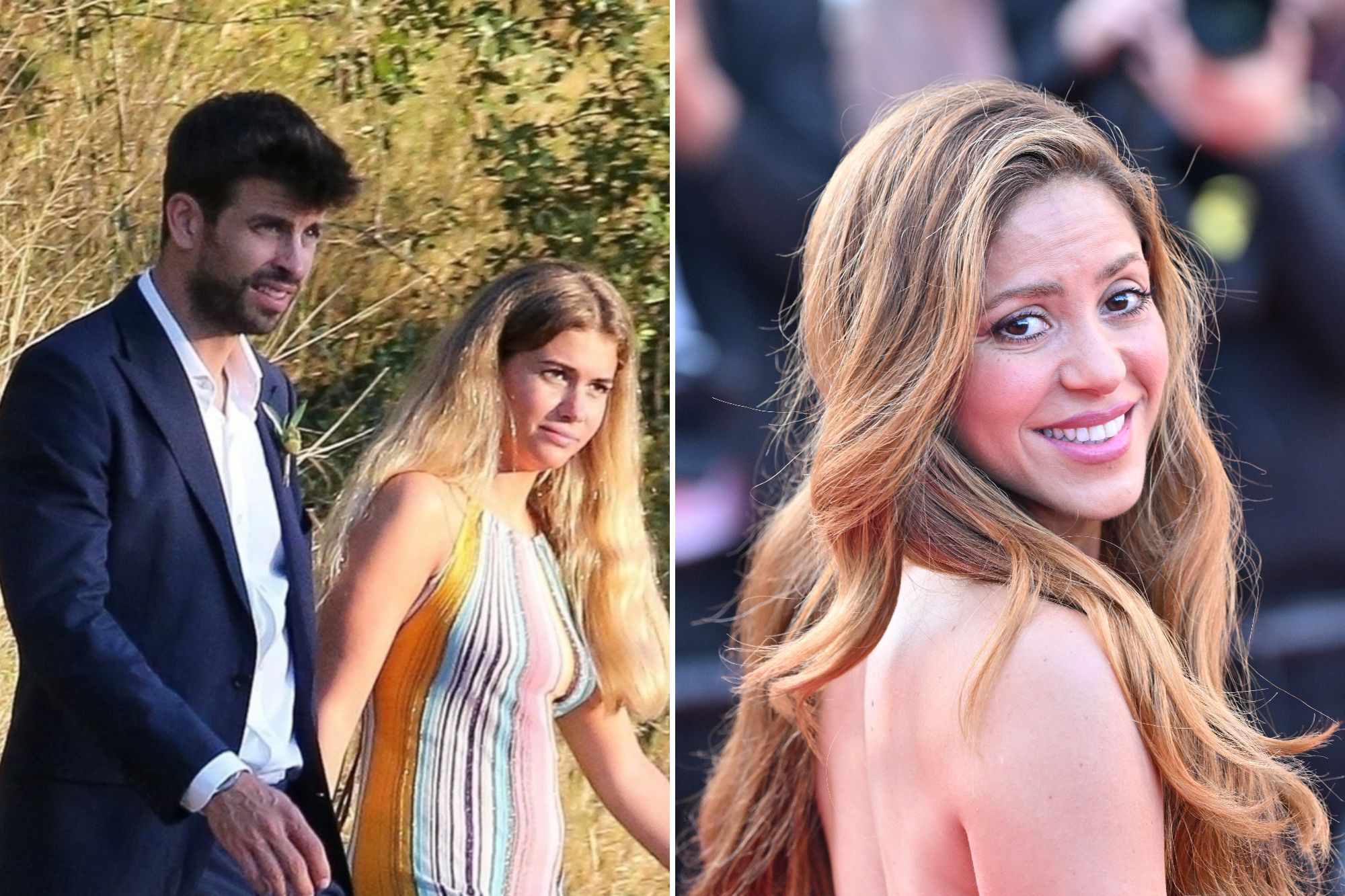 Pique was met by the bizarre witch doll on Sunday as he arrived at his ex's property.

It comes a day after Pique was spotted driving in Barcelona with his sons Milan, nine, and Sasha, seven sipping juice in the backseat.

The former Barca defender was previously pictured looking miserable at an NBA game in Paris.

The couple split last year, with the football ace going public with his relationship with Clara in the August.

After their extraordinarily bitter break-up, no act of revenge has been considered too petty.

The singer's explosive song, has left little doubt that she is referring to her former partner and his younger lover.

In the new track, she takes a swipe at Clara’s age with the lyrics: “I’m worth two 22s. You traded a Ferrari for a Twingo, you traded a Rolex for a Casio.”

And Pique responded to the song by turning up to work in an £8,000 Renault Twingo.

He also boasted that his new seven-a-side project the King’s League had landed a sponsorship deal with Casio – adding that the cheaper watch would “last a lifetime”.

After Shakira's song's release on January 11, it accumulated more than 14million views and reached the top five of Spotify's Global charts.

Responding to the song's buzz, she said: "I never thought what for me was a catharsis and a release would go straight to number one in the world.

"I want to embrace the millions of women who rise up against those who make us feel insignificant.

"Women who defend what they feel and think and raise their hand when they don’t agree – they are my inspiration."

It was also reported that Shakira recruited a team of professionals to snoop on her ex before their split last year.

She is said said to have hired a private investigator to trail Pique to confirm her suspicions.

The super sleuth spotted the Spaniard frequenting the nightclub where his now girlfriend worked, Marca reports.

It is thought the singer was getting her ducks in a row before the inevitable bitter court showdown over custody of their children and their £12million mansion.

Rumours have also swirled that Shakira first smelt a rat after taking a look in her fridge at their five-storey Barcelona property.

The songstress is said to have returned home from a period of travelling to find a jar of her strawberry jam had been eaten.

It's been claimed that Pique follows a strict diet and would not have tucked into the jam – and neither would her children.

The She Wolf singer is then said to have come to the conclusion that someone else – more specifically another woman – had been in her home, and her fridge.

Doctors told me my baby would weigh 9lbs at birth, but they were way off

She also reportedly noticed Clara lurking behind Pique during a Zoom interview at their family home in August 2021.

It was ten months before she and Pique announced their split.