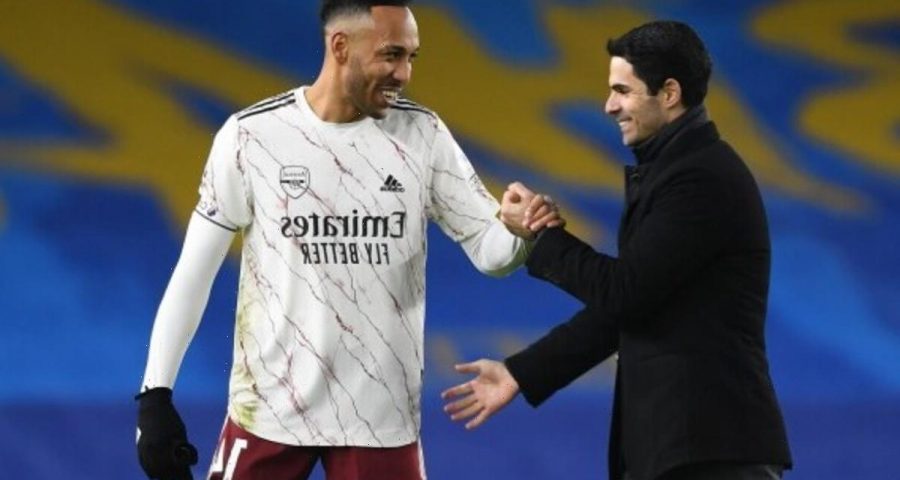 PIERRE-EMERICK AUBAMEYANG is relishing his role as the Arsenal Godfather after facing up to his Emirates responsibilities.

Manager Mikel Arteta has seen the veteran striker go from a happy-go-lucky joker to a deadly serious mentor for the club’s young players. 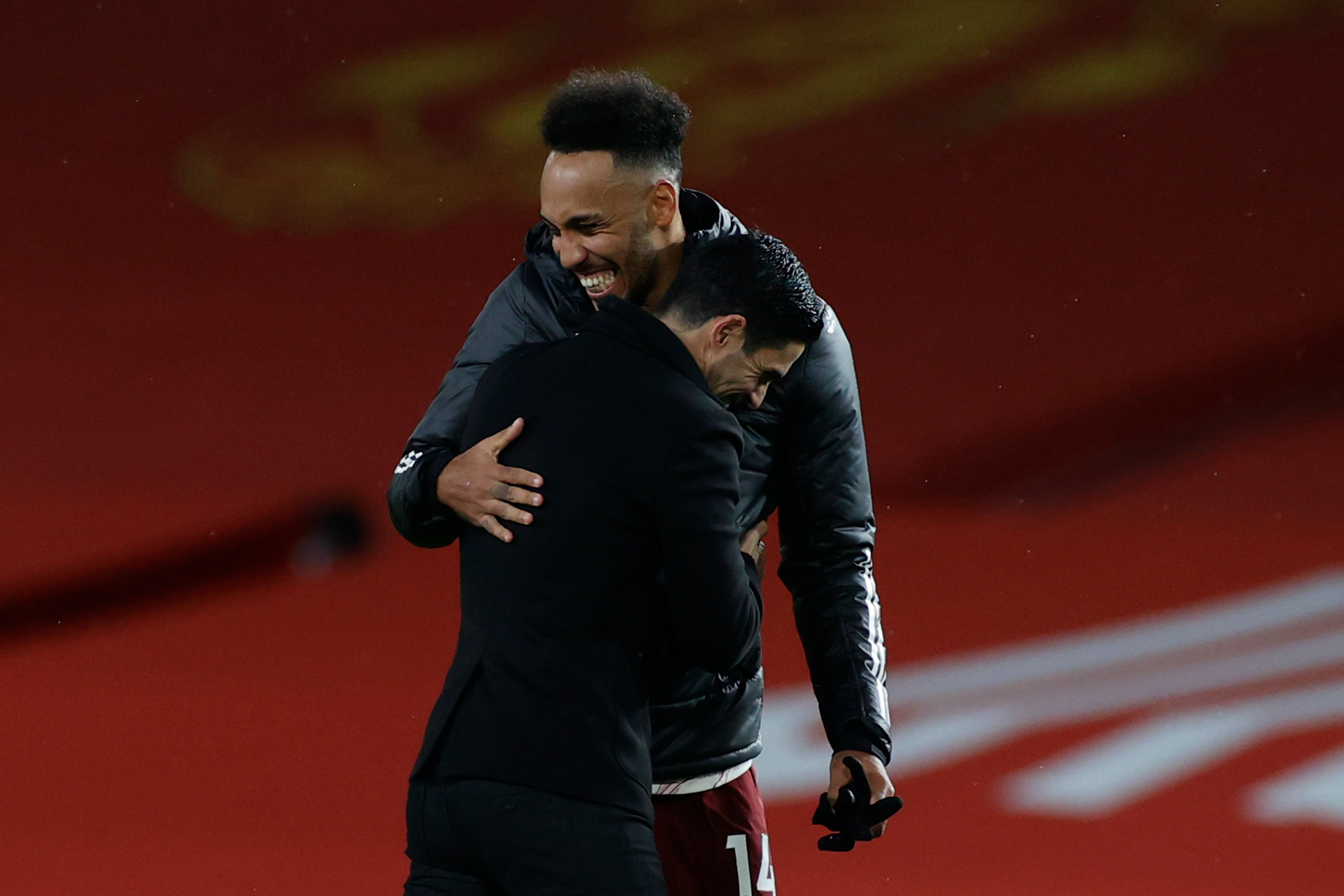 And he could not be more pleased with the transformation after Auba’s struggles to find his mojo last season.

The 32-year-old Arsenal captain has already scored seven times this season and will be looking to add to his tally in tonight’s Carabao Cup clash with Leeds.

Arteta says: “I have never seen Auba transmit what he is doing now and something has clicked with the realisation that his role at the club has to go well beyond scoring goals.

“What was very good with his contribution two or three years ago is no longer enough.

“He had to take a step forward and what he is now transmitting is really important.

“Apart from his goals, it’s the celebration when we put the ball in the net, the way he runs, the purpose he has to press, his link-up play and how he is leading the game.

“We wanted him to lead by example on the pitch but also at the training ground with the young players.

“Human beings change themselves every six months, we all have new selves and it’s incredible how quickly we are able to adapt and change our minds.

Arsenal currently have the youngest team in the Premier League and Arteta says: “The age group is close and they talk a lot about the things they are experiencing together for the first time.

“But then we have the senior players like Auba and Laca that have to take the role of leaders.

“Leading is not about telling someone what he needs to do, it’s about being able to transform that person with actions and facts as well as with words.

“Now we have players on that pitch who are able to change certain behaviours and attitudes in other players.

“That is contagious and for me that is true leadership.”

Arteta says that last Friday’s 3-1 win against Aston Villa was his team’s most complete performance so far this season.

Now he wants them to maintain that positive attitude against Leeds this evening to secure their place in the Carabao Cup quarter-finals.

“If we can generate that positive attitude every time we play at the Emirates, it’s very powerful for us and very difficult for the opponents.

“The more positive we are, the more our confidence will grow. A player fulfils his potential much quicker when he is confident because when you are in a good mood you make better decisions.”