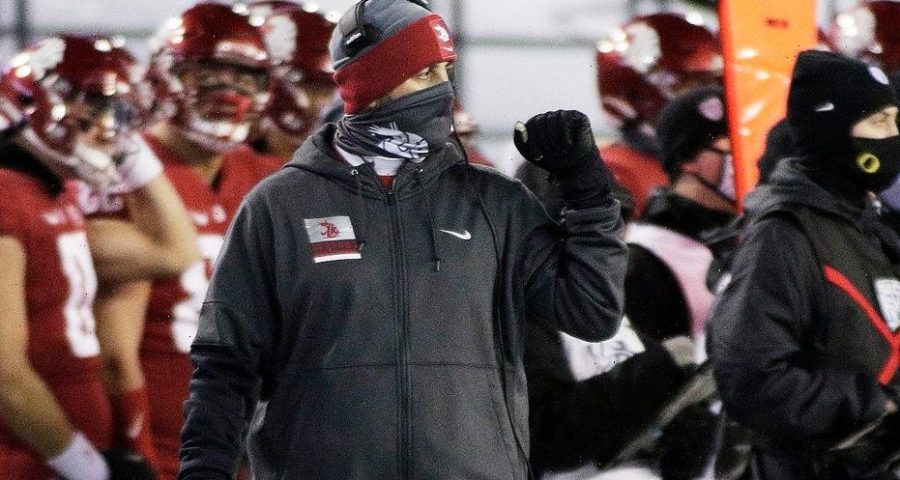 Washington State football coach Nick Rolovich – the only unvaccinated head coach in the Pac 12 conference – may have no choice but to receive the COVID-19 jab following a state mandate.

Amid a spike in coronavirus cases and hospitalizations, Gov. Jay Inslee announced Wednesday that educational employees across the state must be fully vaccinated by Oct. 18 as a condition of employment.

The policy is the strictest vaccine mandate for school employees in the country, as it does not allow for unvaccinated teachers and staff to be tested for the virus as an alternative.

Employees at public, charter and private schools, in addition to those working at the state’s colleges and universities, will only be allowed to forgo the vaccine due to “legitimate medical reasons and sincerely held religious beliefs,” according to a state press release.

While the Washington State athletic department said in a statement that it will work to “ensure” the mandates are followed, it remains to be seen whether the 42-year-old Rolovich will follow suit.

Rolovich didn’t appear in-person at the Pac 12’s media day – which required those in attendance to be vaccinated – because he had not received the vaccine “for reasons which will remain private.”

Appearing virtually at the media day in July, he said he would “wholeheartedly support” members of his program to be vaccinated.

But his team has the lowest vaccination rate (80 percent) among the 10 Pac 12 teams that made that information available, according to a recent report the Mercury News.

“I’m not against vaccinations,” Rolovich said at the media day. “I don’t mean to cause any heartache to this university or this athletic department or this state.”

When asked earlier this month whether a state vaccine would push him to receive the vaccine, he said, “We’re doing everyday testing; we’re following all the rules that are put in place. I don’t know what exactly it’s going to say, but it’s something definitely to always consider.”

Although the NCAA is not requiring coaches and players to be vaccinated, there are clear advantages for those who are jabbed. The governing body said earlier this month that vaccinated athletes and coaches, among others, won’t be required to be tested for COVID-19 if they aren’t showing symptoms, or quarantine if they come in contact with someone who has tested positive.

WSU opens its season Sept. 4 against Utah State, a little over a month before the Washington state mandate goes into effect.