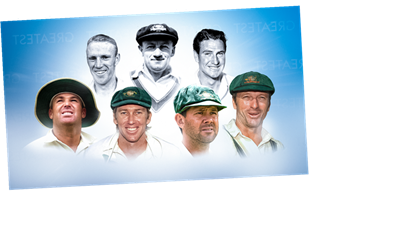 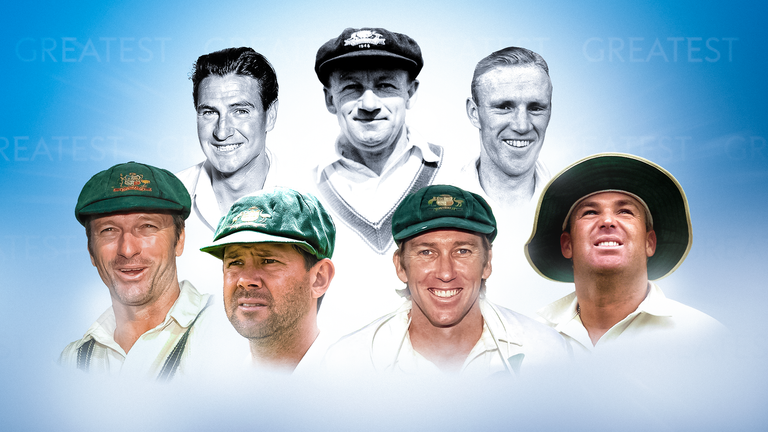 The fourth Test in the Greatest Test team final between the 1948 and 2002 Australian teams ended in a draw, which means that the series is still level at 1-1, with just one Test to play to determine which was the greatest Test side in history.

There was a thrilling finish to the fourth Test, which went all the way before finally concluding at 6.10pm on the final day.

Australian 2002 openers Justin Langer and Matthew Hayden made a solid start, but the morning drinks break brought an immediate reward for Don Bradman’s side as Hayden was trapped lbw by Bill Johnston.

Ricky Ponting fell on the stroke of lunch for 24, followed straight afterwards by Mark Waugh. Captain Steve Waugh joined Langer for a recovery of sorts, but Ray Lindwall ripped the heart out of the innings by taking three wickets for no runs in nine deliveries to precipitate a collapse from 106-3 to 108-6.

Doug Ring eventually removed Steve Waugh for 39 and Brett Lee clubbed a couple of big sixes, but Waugh would have been disappointed with his team’s final score of just 212 as Ring forced Glenn McGrath to edge to Don Tallon on the stroke of stumps on the first day.

Sid Barnes fell early on the second day, but Arthur Morris and Bradman were relatively untroubled as they took lunch at 81-1. It came as a surprise when Morris fell for 63 and then Jason Gillespie produced a beautiful delivery which nipped back to bowl Bradman one short of his half-century. 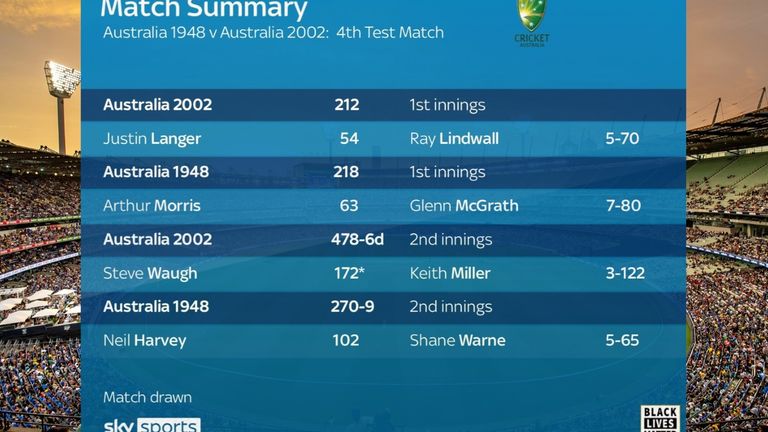 Then it was over to McGrath who never allowed a batsman to really feel comfortable. He ended with tremendous figures of 7-80 in 32 overs, with Gillespie taking the other three wickets. It meant that Waugh’s team only trailed by six runs when they started their second innings early on day three.

They were soon in trouble as Keith Miller removed both openers with just 22 runs on the board and Mark Waugh followed soon afterwards for 11, to leave the 2002 side tottering at 57-3, just 51 runs ahead. The captain then joined a circumspect Ricky Ponting, and the pair of them took their side to within an hour of stumps, when Sam Loxton forced a rare error of judgement from Ponting, trapping him leg-before for 88. Damien Martyn soon followed, but Waugh ended the third day unbeaten on 70 and with his side 209 ahead with five wickets in hand.

The following day Bradman tried in vain for a breakthrough, even trying Barnes’ occasional leg-spin in an attempt to split Waugh and Adam Gilchrist. Waugh completed his century in the second over of the new ball, and Gilchrist wasn’t far behind him. Both continued on their merry ways until Gilchrist finally fell for 139, attempting to hit Barnes for his third six. The declaration finally came half an hour after tea with Waugh unbeaten on 172, setting the 1948 side an improbable 473 runs to win, or 108 overs to survive.

Buoyed by their success with the bat, the 2002 team were soon into their work, and Barnes fell early for just one, followed soon afterwards by the captain Bradman, this time to McGrath. When Morris was dismissed for 26 and night-watchman Johnston fell to Warne from the final ball of the fourth day, the writing appeared to be on the wall at 44-4. 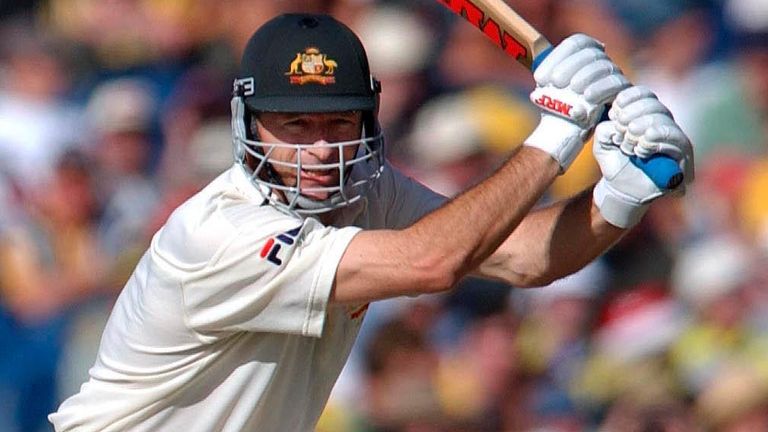 Warne soon removed Lindsay Hassett in the third over of the final day’s play, but Neil Harvey then started to show the application so sorely lacking from his top-order team-mates. He found a valuable ally in Keith Miller, who batted until the stroke of lunch before Warne had him caught by Damien Martyn for 21. However, his innings had given his side hope, and while Harvey was still at the crease, that hope was a reality.

Loxton – batting one place lower in the order than normal, due to Johnston’s promotion – matched Harvey in solidity, and the seventh wicket pair took their side to tea at 206-6 from 77 overs, with genuine hopes of saving the game. The 2002 side pinned their hopes on the new ball, and it brought dividends.

Harvey reached a memorable century with a pulled six off McGrath, but then fell to Gillespie the following over for 102. Loxton then edged McGrath to the delighted Hayden in the gully in the next over to give renewed hope to Waugh’s men. The final hour began at 239-8 with Lindwall and Tallon together. They managed to use up 10.3 of the last 15 overs before Tallon prodded Warne to Ponting at silly point.

Doug Ring then strode to the crease with 27 deliveries remaining to save the game and ensure the series went to the final game level at 1-1. However, Lindwall ensured that the number 11 only needed to face nine of those deliveries and when Ring managed to keep out McGrath’s final delivery of the match, the draw was ensured.